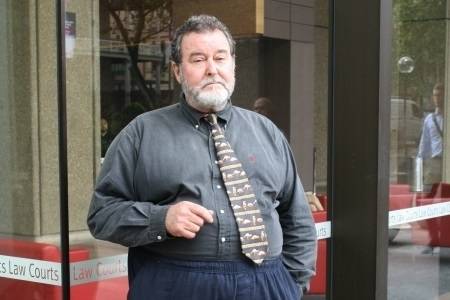 Peter Spencer's case was rejected by the Federal Court today.

Mr Spencer appealed for compensation and alleged that the Commonwealth and NSW Governments' land clearing and native vegetation laws caused the loss of his Cooma property, “Saarahnlee”, which he owned until 2010.

Mr Spencer said his farm business was bankrupted by the the NSW native vegetation and land clearing laws, which he says were a directive of the federal government.

Throughout his trial, which was heard in the Federal Court in December, he argued the Commonwealth actively urged NSW to enforce its land clearing laws as a way to meet its Kyoto Protocol targets, and in doing so, side-stepped its constitutional responsibility to compensate land owners for their assets.

He argued he intended to establish a wind farm, a commercial firewood business and hoped to claim profit from the carbon stored on his property.

Mr Spencer has been relentless in his pursuit of compensation.

He first filed action in the Federal Court against the Commonwealth in June 2007, arguing it removed more than 70 million tonnes of carbon takings from farmers across Australia through clearing restrictions.

In August 2008, the action was dismissed, with Justice Arthur Emmett stating the action had “no reasonable prospect of success”.

In March 2009 Mr Spencer appealed against Justice Emmett’s decision, but it was dismissed. A year later he appealed the High Court and there it was ruled the proceedings in the Federal Court should not have been dismissed and gave Mr Spencer the green light to continue his plight.

In his most recent action Mr Spencer represented himself in court after he lost the financial backing of the Australian Farmers Fighting Fund who had supported him with legal costs since 2011.

Justice Debra Mortimer today congratulated Mr Spencer on his efforts in the courtroom.

"You conducted yourself with dignity and thoroughness both in the courtroom and in your written submissions," Justice Mortimer said.

Mr Spencer did not indicate if he would appeal Justice Mortimer's ruling.