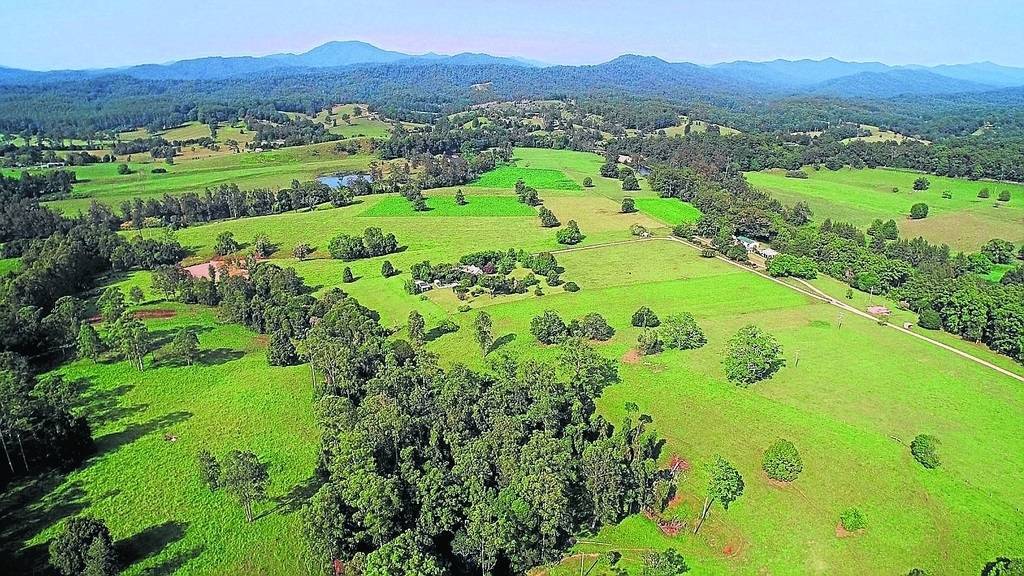 “Glynravon”, to the west of Bellingen, offers 84 hectares (207 acres) of land enjoying the benefits of high average annual rainfall of 1800mm.

AFTER time spent living in Hong Kong, Duncan and Fiona McDonald and their family planned to live at their North Coast grazing property "Glynravon".

AFTER time spent living in Hong Kong, Duncan and Fiona McDonald and their family planned to live at their North Coast grazing property "Glynravon".

Mr McDonald purchased the property at Bellingen in 2008.

"Glynravon" was seen as an opportunity to set up a home base close to New England Girls School and The Armidale School, where Duncan and Fiona's children were set to board.

"We decided on Bellingen so we could be close to the kids, close to the coast, and that it was easy to get to Sydney," Mr McDonald said

"My wife and I both grew up in northern NSW, but I have been working in Sydney for most of my life."

They remained in Hong Kong longer than intended and with the arrival of the Global Financial Crisis plans had to change and what was to be just two years became eight.

The family returned to Australia last year but now as their children have finished school, and with plans to be based in Sydney, the property is up for sale.

Mr McDonald has still taken active interest in the property.

Since 2008 he has had a manager on the property to oversee the 120-head Angus cattle herd.

The herd originated from a purchase of pregnant females at the Scone breeders sale about seven years ago.

Those females were from Waverley Station at Scone.

"Glynravon" previously had a cattle trading focus but Mr McDonald said they wished to focus more on breeding.

"We have done quite significant internal fencing improvement, including a laneway that runs the length of the place, and we have also put a lot of troughs in," he said.

The road has been re-graveled and a new four-bay machinery shed has been installed.

"Glynravon" has produced a summer crop of lablab, with about 200 bales of silage cut each year.

Over the past two years the property has also produced some garlic.

"It can be very productive, but it is also an amazing lifestyle real estate block," he said.

"I just love the lushness of it ... I am still in awe of the whole backdrop."

It has been listed for private sale with David Nolan, Webster Nolan Real Estate, Sydney, and John Simon, Open Home Online, Bellingen, with an asking price of $2.525 million.

The property is about six kilometres west of Bellingen.

Situated on the Bellinger River, to which it has a 2.5 kilometre frontage, "Glynravon" has basalt and deep alluvial loam soil types and pastures include ryegrass, chicory and kikuyu.

The story Productivity and lifestyle meet at Bellingen first appeared on Farm Online.