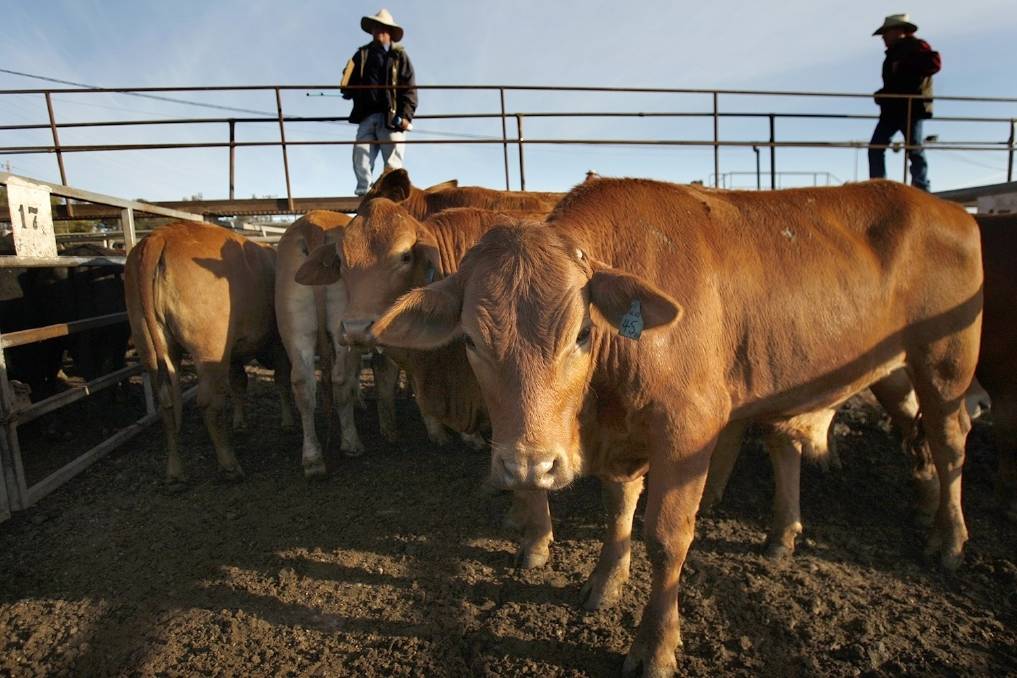 The Eastern Young Cattle Indicator (EYCI) has hit record highs repeatedly over the past two weeks.

It began on April 28, when the EYCI set a new record of 458.75 cents a kilogram (carcase weight), and the momentum has since carried it to 476c/kg.

Agents and market analysts predict the rise could continue, with winter’s traditional drop in supply expected to play a part.

National Livestock Reporting Service operations manager Damon Holmes said there was an expectation earlier in the year the EYCI would rise, but not this significantly.

“We know for a fact that supply has to decline, and when that occurs that will push prices upwards,” he said.

Mr Holmes said processors and feeder buyers were each playing a strong role in the market.

Yet seasonal conditions have varied across the state and many producers are still desperately in need of rain.

Mr Holmes said some graziers had offloaded stock before the winter months, and others were holding on to see what the market did.

“The positive thing for producers if they have stock is that the market is only going to get better,” he said.

“Given this obvious rise in red meat value, this creates a desire for producers to build up their breeding herd, and so we are seeing retention of heifers,” Mr Barton said.

This was contributing to a price rise for steers, he said.

A low dollar and strong interest from markets including the US, China, Japan and Korea had also helped.

Traditional, high-end markets like the grain-fed beef market into Japan had showed good signs of recovery.

“All of a sudden, everything is lining up,” he said.

“It looks to be sustainable too – I really think we are heading into a strong market in which people have a right to be confident.”

Elders livestock sales manager for NSW, Paul Jameson, Dubbo, said the cattle industry was finally catching up to other commodities.

He said the rise was something that hadn’t been seen for many years.

“Most cattle producers can’t help but to get caught up in the swell of the prices,” he said.

Also contributing to the rally was the continued high slaughter rate, with the low point in supply moved forward from 2017 to 2016, which Mecardo market analyst Augusto Semmelroth said was due to the early finish to the north’s wet season.

The supply situation meant it could be the first winter in some time where it will pay to feed cattle, but most producers were carrying too much debt to consider the risk, he said.

“If I were a producer and if I had grass or if I could feed them I would ... take advantage in supplying the market when there’s going to be a shortfall, which is going to be next year and 2017.”

Mr Semmelroth said firmer beef and co-product prices have seen processor breakeven prices surge since 2013 and this could help drive the EYCI’s rise further as we head into lower slaughter numbers in 2016.

Confident but cautious at Bugaldie

IN ELLIOT Shannon's view, the current highs of the Eastern Young Cattle Indicator (EYCI) are back where the price need to be for producers to make money.

He ideally sells his cattle when they reach 380 to 400 kilograms as he targets the domestic feedlot market.

Exactly when he sells, however, will depend on the season.

If it doesn't rain again in the next few weeks he might have to offload his next line of stock sooner than planned.

Mr Shannon (pictured and on our cover) runs "Tiona" at Bugaldie via Coonabarabran, and is cautious but hopeful the EYCI would remain high.

"It is where it needs to be so we can be making some money," he said.

"People are buoyed by the increase in prices, but the indicator did come back after rising in January."

He kept a close eye on the overall confidence in the market by watching what the mood at the Dubbo an Gunnedah cattle markets.

Mr Shannon was encouraged by the fact that even though numbers had remained strong through these selling centres, the market had also remained high.

"I hope that indicates the market can sustain these prices - to me, it gives a little bit of confidence," he said.