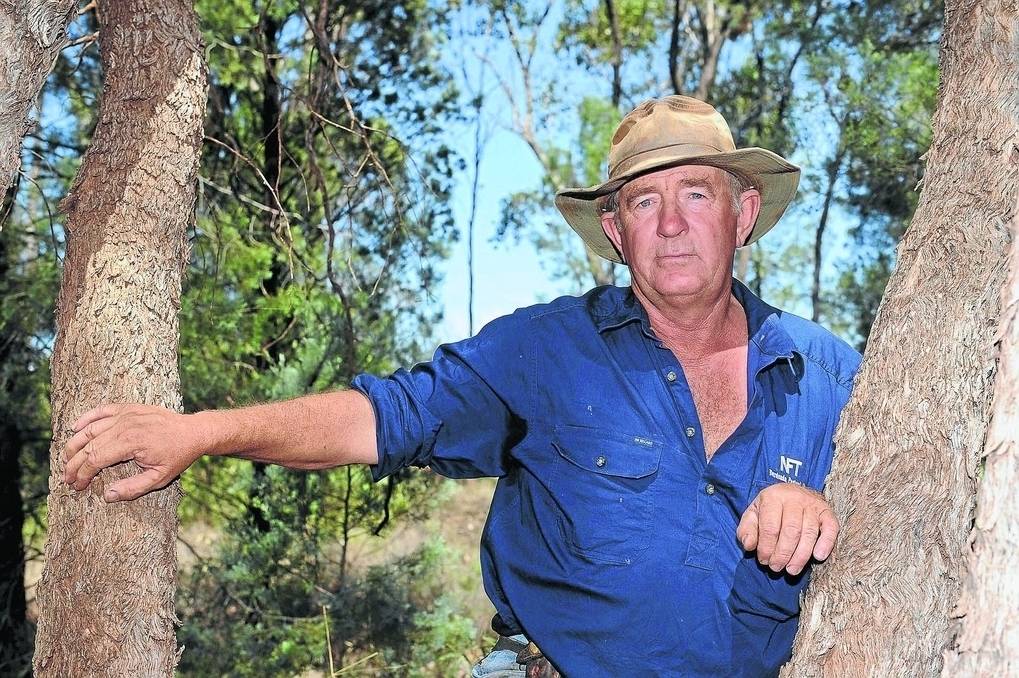 NATIVE vegetation laws have been a thorn in farmers' side, but state government has pledged to finally scrap the legislation if elected on Saturday.

FOR 20 years, native vegetation laws have been a thorn in the side of many farmers in NSW, and now the state government has promised to finally scrap the legislation if it is elected on Saturday.

Since the introduction of State Environmental Planning Policy (SEPP) 46 in 1995, through to the official Native Vegetation Act in 2003 and then the Biodiversity Legislation Review last year, native veg laws have been a major issue for the NSW Nationals.

This week, Deputy Premier Troy Grant was delighted to announce the government had accepted all 43 recommendations of last year's review, which included replacing the Native Vegetation Act, the Threatened Species Act and parts of the National Parks and Wildlife Act.

"The NSW government supports the recommendations in full and will implement them as an integrated package of reforms," Mr Grant said.

"A lot of people have waited a long time for this."

The government would include the independent review panel members in drafting the proposed new legislation, which would include a triple bottom line approach, a biodiversity offset fund, accessible to individual landholders and many other positive outcomes for farmers.

Mr Grant said the draft legislation would be finished by November this year, at the latest.

The Nationals opposed the Native Vegetation Act through all its time in Opposition up to the 2011 election, he said.

"As the leader of the Nationals, I acknowledge this hasn't come quickly enough," he said.

Mr Grant said the reason for the delay in the government's first term was due to the "highly contested" nature of the laws, both within parliament and in the wider community.

Mr Grant said the Nationals were the only party in NSW committed to ending the Native Vegetation Act.

"Labor and the Greens don't agree with repealing it," he said.

"There are Libs (Liberal Party members) in regional areas who supported us, (but) the Nats are the only party as a whole which opposed the Native Vegetation Act all the way through.

"We trust our farmers that they can look after the environment."

The government would not be where they could say with certainty the Native Vegetation Act would be scrapped if elected, without the strong representation of the Nationals at the Cabinet table, he said.

"We're very proud to be at this point."

This was also a message for voters, he said.

"A vote for anybody other than a Nationals' candidate is a vote to ensure this never happens."

Mrs Simson said the recommendations included putting a value on the environmental outcomes achieved by landholders, a recognition that farmers shouldn't shoulder the burden of biodiversity protection alone, and triple bottom line outcomes that balanced economic and social factors with environmental ones.

Mrs Simson said the firm time-frame of draft legislation by November, and a commitment in writing from both the Nationals and Liberals, meant this was different to election statements about the Native Vegetation Act before the 2011 election.

"It's a promise on the table, in ink, so we're a long way ahead of where we were four years ago."

Mr Nicholls attended a native vegetation information session convened by the Local Land Services last Thursday in Nyngan, and said for the first time in years he felt progress was being made towards allowing farmers to develop their land "to a point".

The information session revealed what types of clearing activities landholders could do without approval under the Native Vegetation Act.

"After 20 years of going to meetings on native vegetation it was the first time I've come away feeling there was a bit of movement with the issue," Mr Nicholls said.

"The categories they've opened up give us some way forward which I'm pleased with, and I got the feeling other people at the meeting were quite pleased too."

He said this election he would like to see the Act rewritten to allow farmers to change their land's nominated use.

"To get further ahead, the Act needs to be changed to take into account economics and that's what this election is about. If the Nationals get another go, surely it will happen."

Mr Nicholls, who crops wheat, oats, barely, lupins and runs sheep and cattle across 14,100 hectares, said the Act has been hurting farmers in his area for years. - JESSIE DAVIES