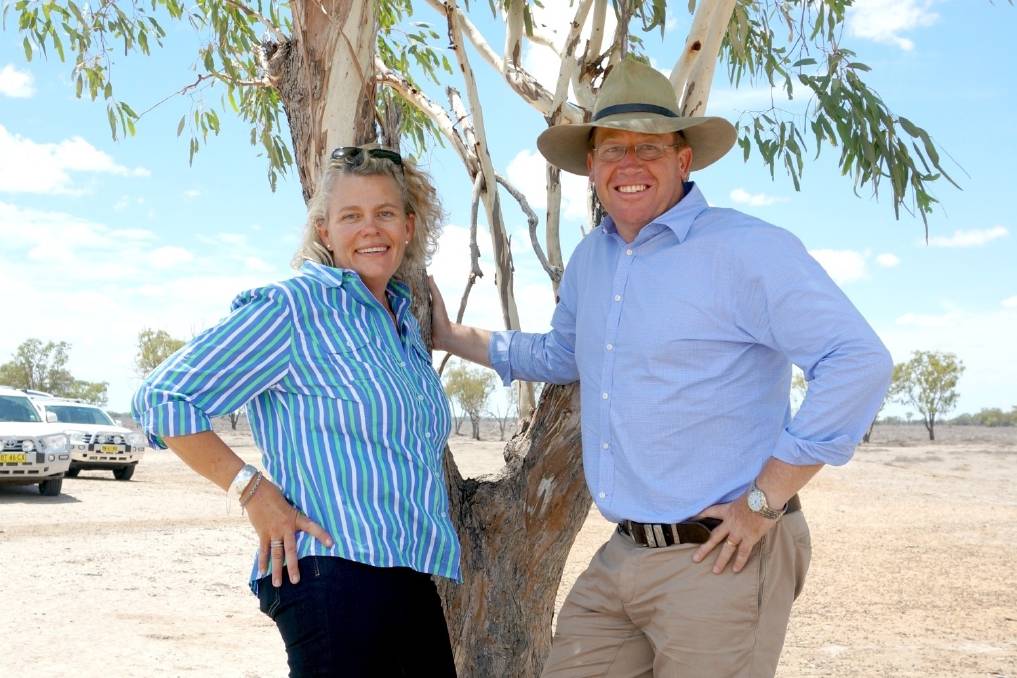 AN UNPRECEDENTED partnership between NSW Farmers and the state government could deliver a raft of popular outcomes for rural voters.

AN UNPRECEDENTED partnership between NSW Farmers and the state government could deliver a raft of popular outcomes for rural voters.

Mrs Simson and Mr Grant said they believed this was the first MoU of its kind.

"We are apolitical... we didn't enter this lightly," Mrs Simson said.

"We're happy to work with any party that's in government, but this is the offer we've had from these parties (Liberals and Nationals), and we've accepted it with both hands.

"We weren't approached by Labor or the Greens."

The opportunity to put agriculture front and centre in government policy was simply too good to pass up for NSW Farmers.

"It is good to have a government that recognises the value of farming... (and) is willing to put agriculture up there in discussions."

The centrepiece of the MoU is commitment to scrap the Native Vegetation Act, along with 14 other commitments.

Mrs Simson said one of the most interesting commitments included an extra $4 million for more extension services for Local Land Services (LLS).

"That will certainly be popular," she said.

Other commitments she appreciated included seeing the development of multi-peril crop insurance officially on the government's policy platform, the proposals for a right to farm policy in 2015 and a commitment to begin talking about finance options for young farmers.

The only points of the MoU where Mrs Simson was not satisfied were on drought support and mining policy.

While there was a commitment to review the Mining SEPP in the second half of 2015, Mrs Simson said there should be more concrete protection for agricultural land and water from mining from the government.

For drought support, she said many producers doing it tough in North West NSW still wanted to see more than drought preparedness measures.

Overall, however, Mrs Simson thought the commitments in the MoU were a good recognition of the importance of agriculture in NSW.

Mr Grant said the MoU was proof of the Coalition's focus on farming.

"It's comprehensive... (along with native vegetation) it goes through 14 other farming policy areas."