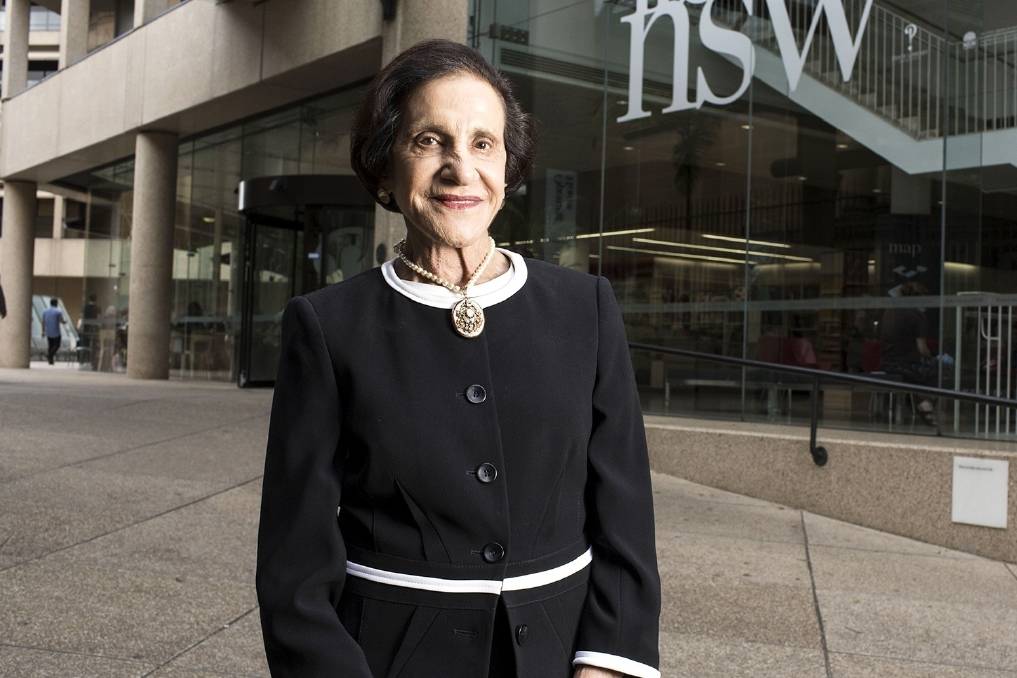 VIDEO: FORMER NSW governor Dame Marie Bashir says the destruction of Australian farmland for mining is a "crisis" that must stop.

FORMER NSW governor Dame Marie Bashir says the destruction of Australian farmland for mining is a "crisis" that must stop, adding: "I have never been so emphatic or political in my life."

It is believed to be the first time Dame Marie has spoken out strongly against mining after 13 years in the traditionally non-political role of NSW governor. The beloved Dame, who retired late last year, also said her fears about foreign ownership of Australian land brought out her "nasty side".

Addressing a crowd of women at an International Women's Day event in Sydney on Sunday, Dame Marie said Australia was in the incredible position of being able to "help to feed the world".

"And of course, what is the counter to that? Digging up precious farmland for coal … we're expected to be leaving the burning of fossil fuels behind because of the environment. This is surely contradictory," she said.

Dame Marie said the situation was "a clarion call" to women, adding "I couldn't be more passionate about a cause than this one. We must do something to protect our food-producing land".

The daughter of Lebanese immigrants who grew up in Narrandera in western NSW, Dame Marie said women could make a difference "by lobbying the men, whether they live under the same roof or are in the same parliament".

"We've all got to take this message to all whom we know. This is, in a sense, a crisis, disguised though it is," she said.

In January, the NSW government was accused of "signing the death warrant for the Liverpool Plains" after planning authorities approved the $1.2 billion Shenhua Watermark open-cut coal mine for the farming region.

The loss of valuable agricultural land has also been the grounds for opposition to coal seam gas projects in regional NSW.

The NSW government has banned coal seam gas mining in the equine and viticulture regions of the Upper Hunter.

NSW Labor wants a permanent ban on coal seam gas in the Northern Rivers region. Labor leader Luke Foley said last week industries such as beef, dairy, sugar cane and macadamia farming "depend on the purity of the fertile land and the purity of clean water. Both of those are at risk from coal seam gas."

Dame Marie also recalled a meeting with a Chinese government official during her time as NSW governor.

The unnamed official said China's biggest security concern was how to feed its population, telling her "that is why we are looking to Australia, New Zealand and Southern Africa to buy up as much food-producing land ... to feed one quarter of the earth's population".

Dame Marie said she would never forget the encounter, which made her aware she has "a weakness and a nasty side, and that is [her reaction to] the selling off of our land to foreign investors".

The story Dame Marie: we must protect farmland first appeared on Farm Online.