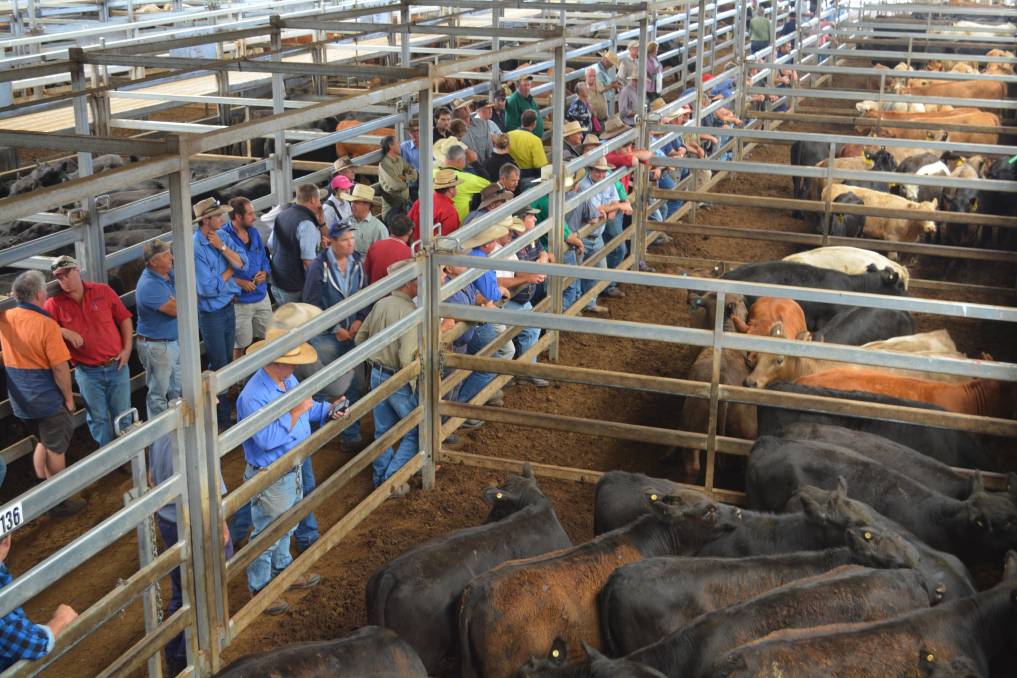 a sharp fall in export beef prices is taking its toll on domestic cattle markets.

A DRIER February and softer US demand has pushed beef prices backwards.

THEY say what goes up must come down, but it's not gravity that's at play in the young cattle market forcing prices down at the moment.

A drier February and softer US food service sales are claimed to be behind the cheaper trend in the saleyards across NSW and Queensland in the past fortnight.

"The accumulated losses to the 90CL frozen cow indicator since the start of the February are totalling 100 cents a kilogram, or 15.5 per cent, putting the indicator at 541c/kg FAS," he said.

And it's partly this slip that's led to the Eastern Young Cattle Indicator (EYCI) dipping about 12c/kg (carcase weight) in the past fortnight to finish Wednesday's trading at 430.25c/kg.

The ongoing strong slaughter rates and, consequently, record beef production levels, are now putting a lot of pressure on the cattle market.

Mr Semmelroth said US importers had lowered purchase prices while they still try to move expensive stock bought in late 2014 and early 2015.

But, he said the good news was that beef prices in the US remain at near-record levels.

"Now, more than ever, we need more rain to bring a significant contraction in supply, which will result in the gap between US prices and Australian exports moving back to more normal levels," he said.

But it's not all doom and gloom for the market as demand from feedlots remain high.

Meat and Livestock Australia report it has been the feeder cattle propping up the EYCI and the feeder buyers that have been outbidding all others.

Feedlots have been encouraged by the strong returns out the other end, with fed cattle, while easing in recent weeks, still sitting close to record nominal highs, MLA reported.

Since the opening of markets in 2015, the margin between trade cattle and feeder cattle has reversed.

This means there's been an average 11c/kg (liveweight) difference in favour of feeder steers in January which has increased to about 15c/kg in February.

At Wagga Wagga on Monday supply was back and this may have helped push the market in a positive direction.

Prices for young cattle were as much as 10c/kg (liveweight) dearer on the back of a cheaper market a week before.

The price rises at Forbes on Monday were a little more modest, but a step in the right direction for vendors.

Across most reports from the National Livestock Reporting Service the quality remained mixed and while ever it stayed dry that's not expected to change.

In addition, during the next few months the annual central and northern NSW weaner sales are scheduled which could place additional pressure on normal prime sale markets if it doesn't rain.