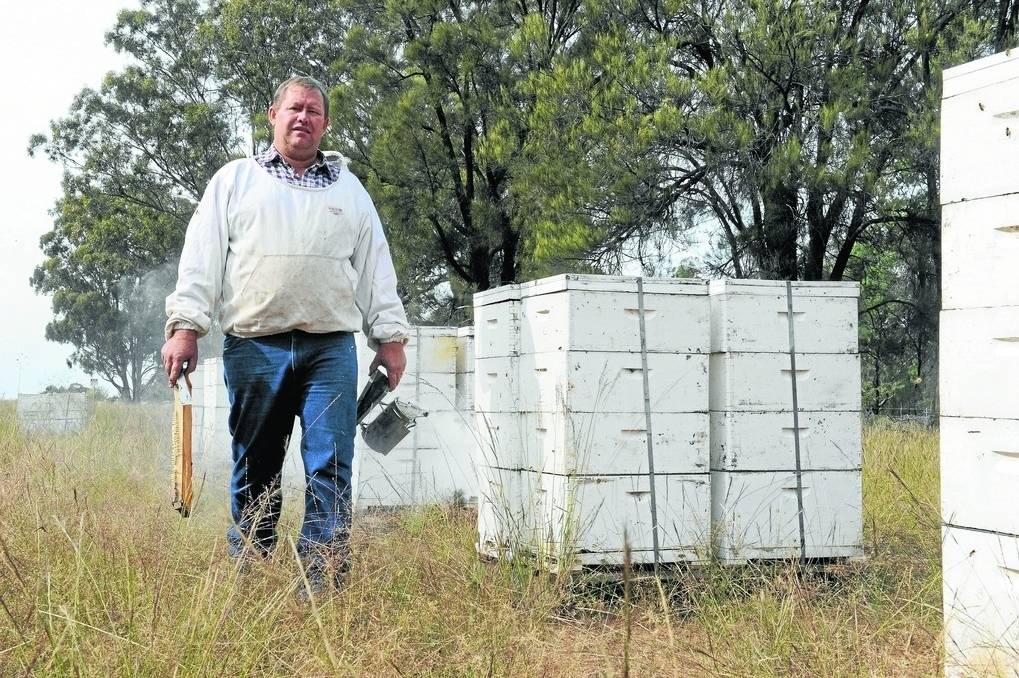 Bryn Jones, Jones’s Honeycomb Australia, Dubbo, with some of his bees on a travelling stock route near Dunedoo.

THE honey bee industry is set to be modernised with the adoption of the industry's first biosecurity code of practice.

THE honey bee industry is set to be modernised with the adoption of the industry's first biosecurity code of practice.

The Australian Honey Bee Industry Biosecurity Code of Practice is in the draft stage, which has received mixed feelings from beekeepers.

Glen Innes-based Craig Klingner, who is chairman of the industry working group developing the code, said the bee industry had to "step up".

"All the (states') Department of Primary Industries are slowly walking away from us so unless the industry steps up, we're going to go without," he said.

The biosecurity program will be implemented to promote best management practices for beekeepers and improve the management of established pests and diseases.

The National Bee Pest Surveillance Program will also be implemented as an early warning system to detect new incursions of exotic pests and pest bees, such as varroa mite and Africanised honey bees.

"It's a shame the governments aren't there for us but we have to step up and raise the bar as an industry now," he said.

The code of practice particularly addresses management for American foulbrood, a significant and widespread bee brood disease in Australia.

Under the new requirements, commercial beekeepers with more than 50 hives must have honey tested annually for the disease by an approved laboratory.

Honey sent to a packer may have samples collected by the packer and submitted for testing.

Mr Klingner said the feedback from industry members had been divided.

"A lot of people haven't actually read the draft so we really encourage them to go and read it, then make up their mind."

There has also been backlash from beekeepers particularly surrounding a mandatory training and assessment program or training course to be completed following registration or once every three years.

"You've got beekeepers who have been in the industry for 40 years that might now have to do a TAFE course on beekeeping from a text book - they're a bit upset by that," he said.

Mr Jones said some beekeepers were concerned about extra paperwork under the new system.

"But the paperwork they're expected to do on each load of bees is something every beekeeper should be doing anyway," he said.

Overall, the code of practice would secure the future of the apiary industry, Mr Jones said.

"We shouldn't be trying to water it down too much but on the other side we don't want to halve the number of beekeepers or make any of them get out of the industry," he said.

"It's just a draft at this stage and there are some things in there that definitely need changing but you've got to start somewhere."