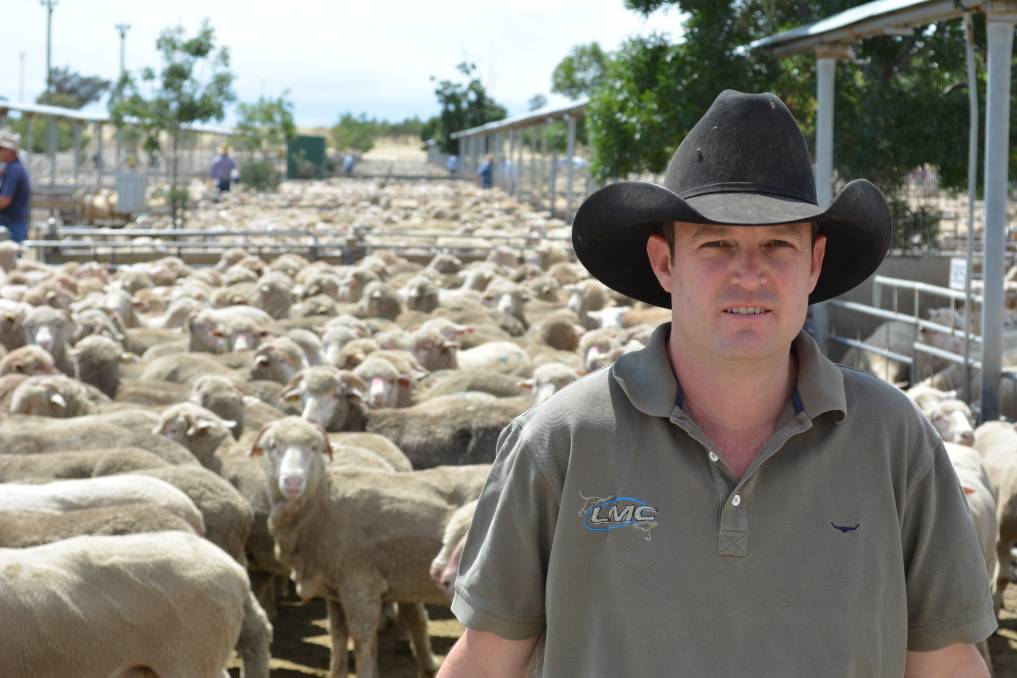 THE Department of Primary Industries (DPI) estimates an outbreak of foot and mouth disease (FMD) in Australia could cost the economy up to $52 billion over a decade.

THE Department of Primary Industries (DPI) estimates an outbreak of foot and mouth disease (FMD) in Australia could cost the economy up to $52 billion over a decade.

Exercise Odysseus brought together representatives from key industry bodies and government agencies to step out the action that could be taken if an outbreak occurred.

DPI hosted one of 40 simulation exercises across Australia at Wagga Wagga in December, with discussions centred on the ripple effect of an umbrella 72-hour livestock standstill if an outbreak did occur.

“The biggest benefit of these exercises has been getting the different agencies and industry groups together to talk about the issues; it’s been a real wake up call to a lot of people as to how big of an impact it could have on the livestock industry and our economy in general,” he said.

Mr Glanville said spreading the message of the standstill had been one of the biggest hurdles discussed at each session.

“In all of the exercises communication was the most topical issue,” he said.

“Everybody plays a role in this case and it needs to be run as a partnership approach between the government and industry.”

In the case of an outbreak, animal and human welfare were key priorities, and Mr Glanville said the complexity of enforcing a standstill was discussed.

“An interesting concept talked about was what we called orphaned trucks – there’s the potential that there could be trucks on the road that have to go somewhere and their final destination could have disappeared,” he said.

tricky situation, so that will require planning beforehand or quick decisions at the time.”

The need for localised planning was also highlighted, he said.

“The standstill is only the initial part of the response and there hasn’t been much planning in the past as to what the non-affected areas do in the event,” Mr Glanville said.

“It did highlight the need for big enterprises – and intensive farms – that might present a risk in such an event, to do their own planning.”

In the event of a standstill, the Australian Livestock and Property Agents Association (ALPA) would play a main role in getting the word out.

ALPA southern regional manager Liz Summerville said stock and station agents would be a vital link to farmers in the event of an outbreak.

be passing that on to their clients,”

“We have a good email stream that goes to all of our members; we also have regional advisory committees, so we’d let them know.”

Like many of the industry representatives who participated in the Wagga exercise, she said ALPA would look to regulators for direction.

“We’d take directions from the powers to be, but the main message I took from the day is that communication needs to be handled correctly,” she said.

“If it happened tomorrow we would get by but we will be in a very good position as of next year,” he said.

“The knowledge of the different policies and procedures was not clear across all agencies which was to be expected I think.”

Mr Willis said the exercise was timely and allowed participants to start thinking about localised plans.

“NSW health were talking about mental health and social issues; it covers just about every aspect of our community,” he said.

“It’s not just about stock – there are a lot of people issues as well.”

AUSTRALIAN Livestock Markets Association (ALMA) vice chairman Paul Martin said while planning for a potential foot and mouth disease (FMD) outbreak was complex, commonsense should prevail if a stock standstill was to occur.

"It's complex, but in the event there's a few simple steps that could be followed to lock it down pretty quickly," he said.

Mr Martin (pictured) said the plan needed to be focused on control rather than alarm, and have a level of flexibility.

He said posing the question to the livestock industry and emergency services was a positive step.

"The impact certainly isn't trivial, but this is only theoretical at the moment," he said.

"I would like to believe that in the situation it would be managed in a way that didn't instill chaos."

Prevention was still the most important aim, Mr Martin said.

"It should be if it happens, not when it happens, and the focus needs to be on that it doesn't happen," he said.

"Education has got to be key.

"We need to target it and work out how and where an outbreak is most likely to occur and we should be working tirelessly on making sure it doesn't happen."

"For example, if an outbreak coincided with a regular sale here that's when it could really make a big impact on us in particular."