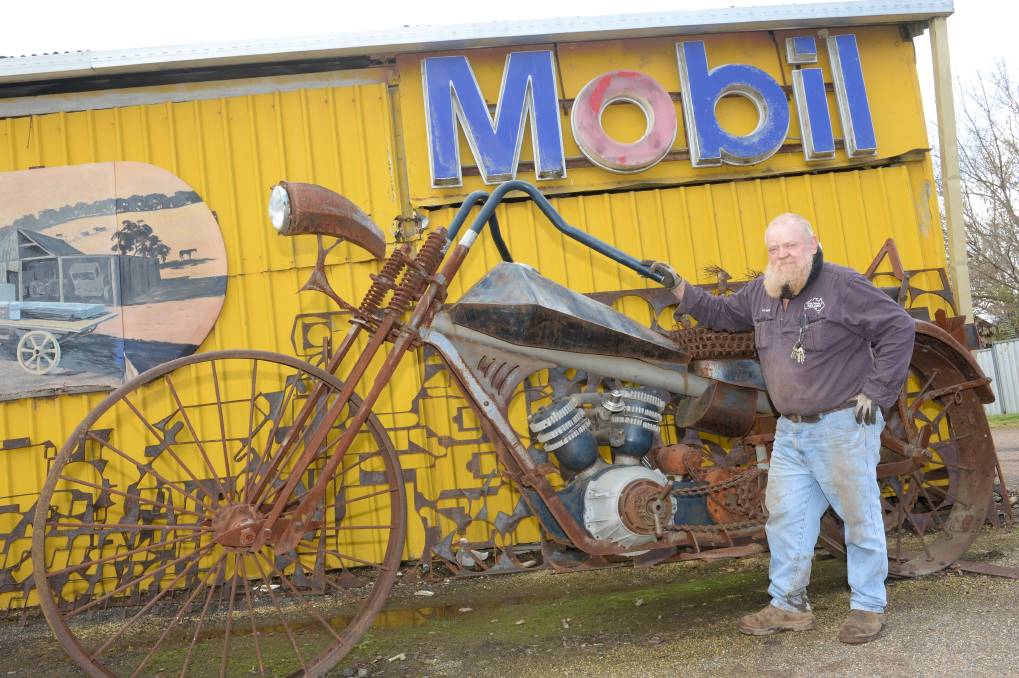 Ben Caldwell's with one of his artworks.

FOR motorists heading through Molong along the Mitchell Highway, Caldwell Molong may only look like a scrap metal business.

FOR motorists heading through Molong along the Mitchell Highway, Caldwell Molong may only look like a scrap metal business.

But looking closer, gems of fine art sculptures are hidden.

A dinosaur proudly stands above the scrap while sunflowers poke their bright yellow heads into the sky.

Panel beater Mark Oates and mechanic Ben Caldwell are an unlikely artistic duo but they are the masterminds behind the beautiful recycled sculptures. 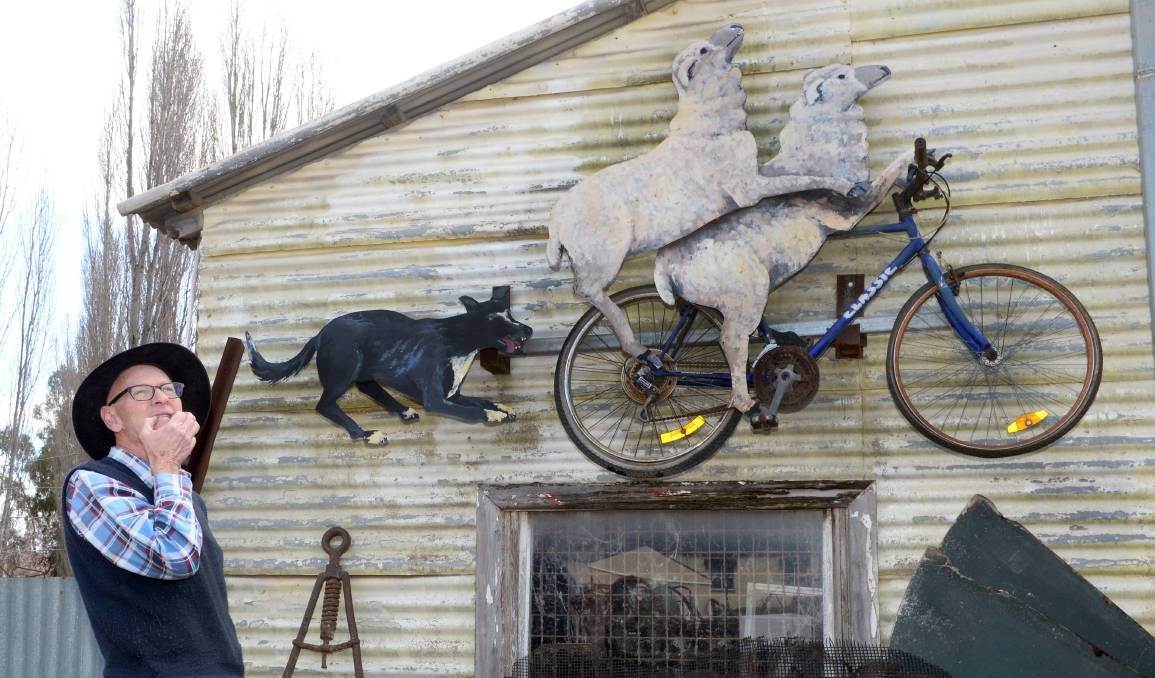 Mark Oates with his sheep on bike sculpture.

The Caldwell name has been synonymous with Molong for decades.

Ben's family owned farm machinery business JT Caldwell Pty Ltd in another part of town before it closed down.

"The scrap metal market is up and down, hot and cold - it's very volatile, but there is plenty of it around which keeps business going," he said.

Ben said he collected scrap from the local district and further afield, picking up a range of old cars, machinery and household items.

"There is more scrap than I'll ever be able to pick up in my life time."

"A million new cars are sold every year and there is half a million coming out the back of that," he said.

The majority of the scrap metal is sent to Newcastle, however, interesting pieces are kept for use in the next masterpiece.

Inspiration comes in the form of a box of beer for Ben who said he just "gets into it".

He said he could just see the potential end masterpiece in a piece of scrap. 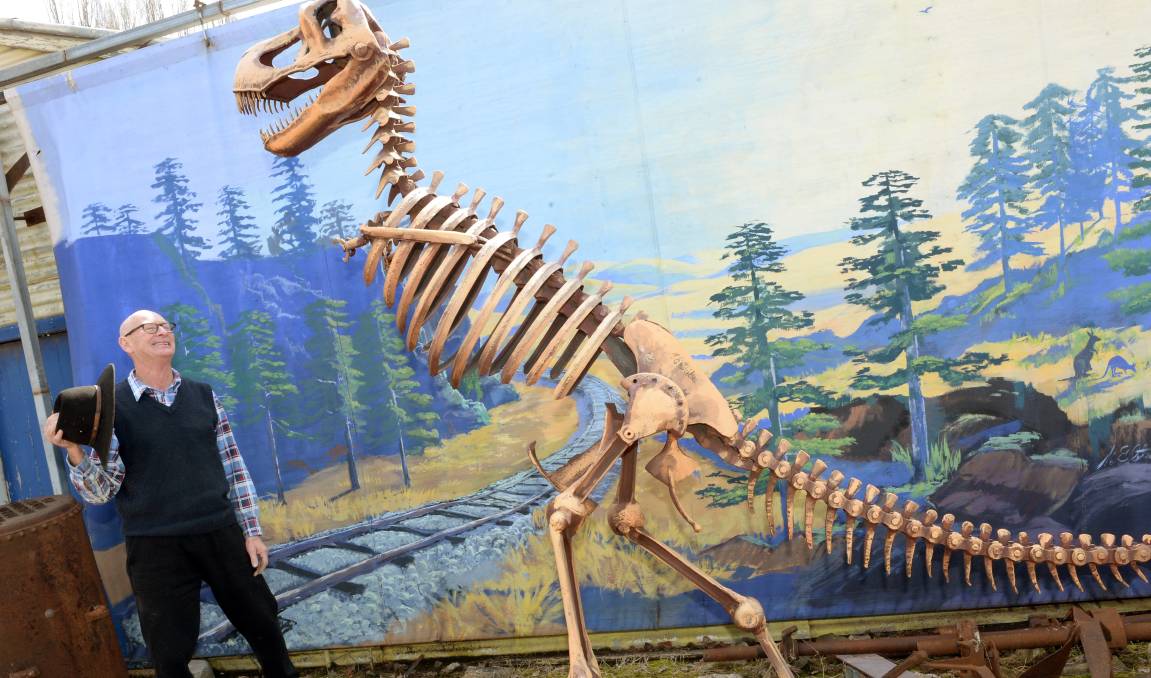 Mark Oates with his Dinosaur sculpture and painting.

In recent years he has been bitten by an "artist bug" which has inspired the construction of two enormous motorbike sculptures.

One of these sculptures has featured in the Animals on Bikes tour drive which aims to attract tourists from Molong to Dubbo via Cumnock and Yeoval in a bid to boost the economy of those small towns.

"They (Animals on Bikes) commissioned me to make a sculpture for the town sculpture," he said.

"I've built two for that competition so far and am about to do a third."

"I've sort of dabbled in the antique side of things through the scrap business - I just find bits and pieces here and there."

Thirty-five years after starting the scrap metal business, Ben has added an antique shop to his list of quirky past-times.

Antiques and recycling are his passions, but the recycling business supports the antiques.

"Everything is Ikea these days and neat and tidy - not many people are interested in antiques any more."

"Some pieces are only worth a few bob and others are worth thousands of dollars, but all tell a tale," he said.

"Some of the things have been sitting in old sheds for years and years and just been forgotten about or stored up in boxes somewhere after moving and never been looked at again."

"I am a collector but I have to sell the items to support my habit."