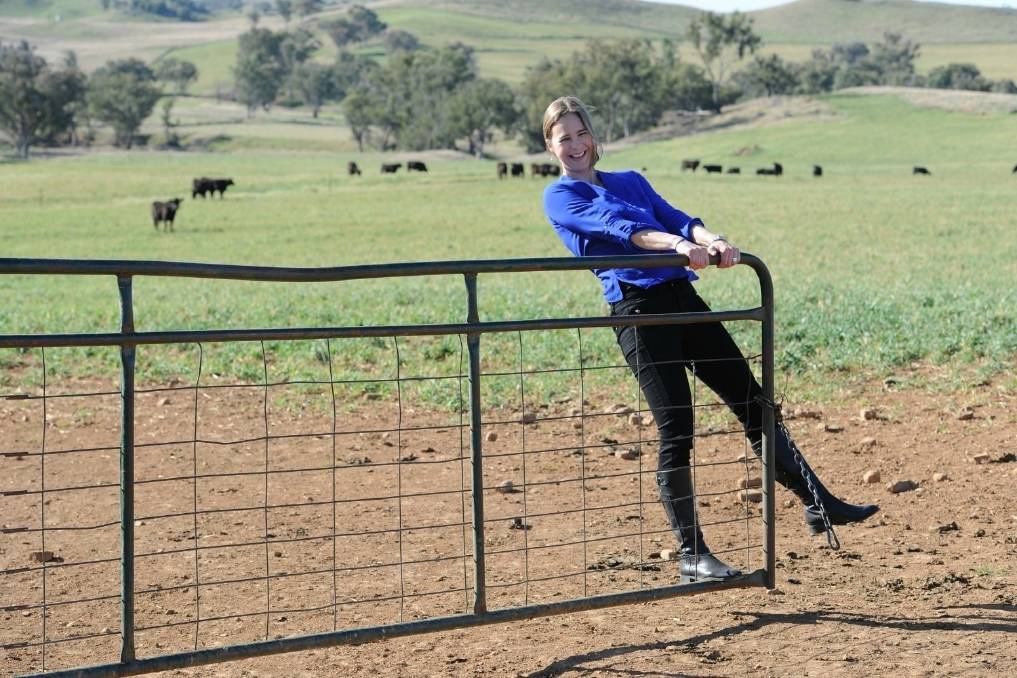 VOLUME three of The Land's Glove Box Guide to Mental Health is published today, free with a copy of The Land . Here Emily Bowman shares her story of recovery from postnatal depression.

VOLUME three of The Land's Glove Box Guide to Mental Health is published today, free with a copy of The Land . Here Emily Bowman shares her story of recovery from postnatal depression.

WHEN Emily Bowman runs her five-kilometre route on the family farm near Barraba, sometimes she feels so energetic, she'll jump the gate and laugh.

She laughs because she'll remember when she'd put on her runners and exercise gear in the morning and refuse to take it off until she worked out.

She remembers when her baby boy Oliver would go for a sleep, she'd put her two little girls on a picnic blanket with some morning tea and toys.

She would listen to the baby monitor, then sprint up the hill at "Tarpoly", sprint back down, check the girls and the monitor again, and repeat.

But more importantly she remembers when life wasn't like that.

When the thought of doing anything, let alone exercise, was impossible, when the anxiety was overwhelming and the tears unstoppable.

Emily suffered from post-natal depression after the birth of her youngest child Oliver in September 2011.

The Sydney-born-and-raised-turned-country girl - who is married to former Wallaby lock Tom Bowman, believes as well as a challenging birth, the isolation of living on a 3200-hectare Angus cattle property, about 80km from Tamworth, contributed to the illness.

Emily, who works as a public relations consultant for Sefton and Associates' clients in agriculture, as well as being the mother of Sybella, 7, Alessia, 4, and Oliver, 3, shared her recovery from postnatal depression to help others overcome their problems.

"I'm really proud of what I was able to overcome on my own," she said.

Emily and Tom lived in Europe where Tom was playing rugby but when the opportunity came up for him to take over the family property outside of Barraba, the couple moved home.

They initially lived in Tamworth, where Emily was studying law and working for a local legal firm.

"Looking back, I think I had a little postnatal depression at the time.

"I had a baby that didn't sleep, I was alone all day - but I just thought being a mum was challenging."

Things were better with the birth of Alessia and Emily felt like she returned to her former self again.

"I remember one day just thinking, 'I feel fantastic'."

"When he was about three months old I started to feel down.

"I felt so isolated - there would be days I wouldn't speak to anybody.

"It was so exhausting to go anywhere with three children under five.

"Because I was breastfeeding and living out here I couldn't go anywhere.

"I was woken up at night - I just felt anchored.

"I had really bad anxiety; I felt like I couldn't look after the kids properly.

"I was just crying and sitting on the sofa.

"Sometimes I felt like I had to do something to get attention and nobody understood how sad and lonely I was."

When Emily found herself considering these options, she realised how desperate she was and she needed help so she had Tom take her to the hospital.

The GP gave her some anti-depressants and Emily felt she needed to explore other options.

She started researching and got in touch with the Post and Ante Natal Depression Association (PANDA).

She was also put in touch with a psychiatrist and went to see a different GP.

"Due to my research I discovered having a blood test done was very important to rule out any other underlying medical issues," Emily said.

"So when they did my test, they found I also had low iron levels.

"With the three kids, I thought it would be impossible to go to Tamworth and see my psychiatrist, so instead I arranged to do sessions online using Skype."

It wasn't easy for Tom either, who struggled to understand what was going on.

"It's difficult with a mental illness rather than a physical illness because you can't see the symptoms," Emily said.

"I didn't know what to do or say sometimes," Tom said.

"You feel like you are part of the problem."

From there Emily decided to write herself a checklist that she would pin to her bedroom wall and commit to doing every day.

It included exercise, increasing her red meat and vitamin intake, and talking to somebody.

"I realised it was up to me to make the changes that would get me out of this black hole.

It was then she found new and inventive ways to get her daily exercise fix.

"As soon as I started exercising I felt a little better," said Emily, who completed a team triathlon one year after Oliver's birth.

"I made sure I wasn't missing out on socialising and every Sunday I would drive to Barraba for some time out and to have a cuppa and read the papers.

"Overall, it took a few months after the baby was born to feel as though I was getting there."

It was a slow process and Emily thinks it took a good year or two before she felt fully back to herself.

Returning to work helped, as she realised she needed that contact and stimulation.

Now she maintains good fitness and says "life is great".

She said she has the added benefit of helping her friends out now if they are struggling and knowing what kind of advice the might need.

"I'd tell people who are suffering, if they are not happy with the medical advice they are receiving to find somebody else, or ask your partner or family to help you find somebody.

"You are responsible for your journey

"You have to want to get better.

"Most help is free and you are always stronger than you think."

The story Back into the swing first appeared on Farm Online.