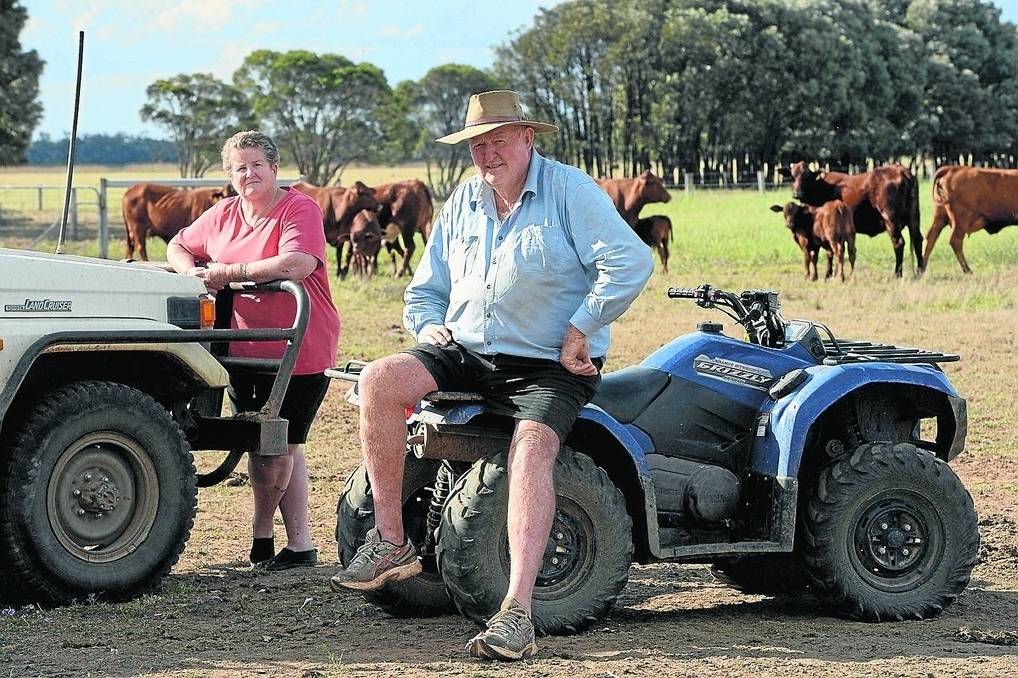 INCREASING numbers of willing workers are tapping into the widespread vacancies on the land, and having a ball to boot.

FARM sitting has been plugging gaps left by the trend for retired producers to relocate to the coast and the mining boom induced farm labour shortage in the past decade, but now it's emerging as the newest agriculture profession.

Attracted by the extensive travel opportunities, diversity, flexibility and next-to-nothing living expenses of being a short-term caretaker of somebody else's operation, experienced farmers are selling up to become full-time farm sitters.

Rural community and farm industry leaders say the growth of the concept of farm sitting has many pluses, not the least being the retention of knowledge and skills in agriculture and the social and economic benefits of additional faces in small bush towns.

For the founders of Australia's first online business which connects property owners with short-term managers, Farmsitters Australia, the extent to which the service is used in 2015 is no surprise.

South East Queensland veterinarian Kim Kelly and her husband Phillip, a rural financial manager, set up the website 12 years ago, having identified the need through the clients they dealt with.

"It used to be there were family or retired farmers in every town who could be relied upon to come out to the farm for a short period but that has changed," Mrs Kelly said.

"Those people aren't close by anymore - when they sell their farm, they move to the coast or to be closer to children in the city or they go travelling."

Farmsitters Australia has made thousands of connections and currently has farmers on its books from the Kimberley to Tasmania, covering everything from large cattle operations to niche hobby farms.

It charges a basic membership fee but is more a service than a business, with the typical scenario being once two parties are introduced they deal with each other to continue the arrangement each year.

There are now many other connection agencies, most online, but stock agents, real estate agents, farm co-operatives and even recreational vehicle clubs have acted as a go-between.

Word-of-mouth is also doing the job.

Farm sitters are being utilised in a range of situations: holidays, medical emergencies, a death in the family, taking kids to boarding school, respite care where sons and daughters care for their parents on the farm, help through a busy harvest period or even where a second property is purchased to provide security as much as management.

Farm sitters are signing up for jobs that range from two weeks to a year in duration.

"Those looking to fill a farm sitting role would be seeking more senior managers - people with huge experience and a comprehensive skill set," he said.

"They are not going to be asking them to build five kilometres of fencing or implement a five-year business plan but rather to maintain the status quo.

"What they want is ultra-safe hands.

"There is a sizable pool of people with that skill set, willing and able to work at one place for short periods.

"We see a lot of them in our search for farm managers - highly competent operators who've been there, done that and seen it all."

Dr Johnson said with the average age of farmers increasing and the minefield that was succession planning, the need for well-earned breaks was greater than ever.

Add to that the lack of labour in the bush, and the scene is ripe for the farm sitting profession to gain huge momentum.

"One thing we hadn't anticipated was the benefits to retired farmers or those who had worked a lifetime in rural occupations," Mrs Kelly said.

"This has given them the ability to share their knowledge, pass it on and remain a very useful and vital part of society."

IT WAS the desire to see more of Australia's cattle country and to work with bigger and diverse operations that inspired Northern Rivers couple Dave and Lorraine Butler to try their hand at farm sitting.

Combined with the battle to make profitable a small area cattle holding, those dreams set them on a path seven years go to what has become a fulfilling lifestyle.

They started by agisting their beef farm, buying a caravan and heading off.

The job has since taken them as far afield as Julia Creek in Queensland's outback to Forbes and they've worked cattle, sheep, pigs and looked after plenty of chooks, dogs and cats.

Currently at Nigel and Tony Sharpe's "Cooinda" near Goondiwindi, while the owners holiday in Tasmania, the Butlers are breaking in stud Santa Gertrudis cattle for show.

Two years ago, they sold their farm and bought a home in Lismore to use as a base.

They spend a little more than six months a year farm sitting.

"I was born on a dairy and have worked the land all my life but by doing this I get to work places I don't have the capital to own," Mr Butler said.

"I'm learning so much more and seeing different breeds of cattle and different types of country.

"Every farmer has different ideas and different ways of doing things.

"Knowledge is never a load to carry.

"When we get a day off, we go for a drive and look at everything about the place - it's a great lifestyle."