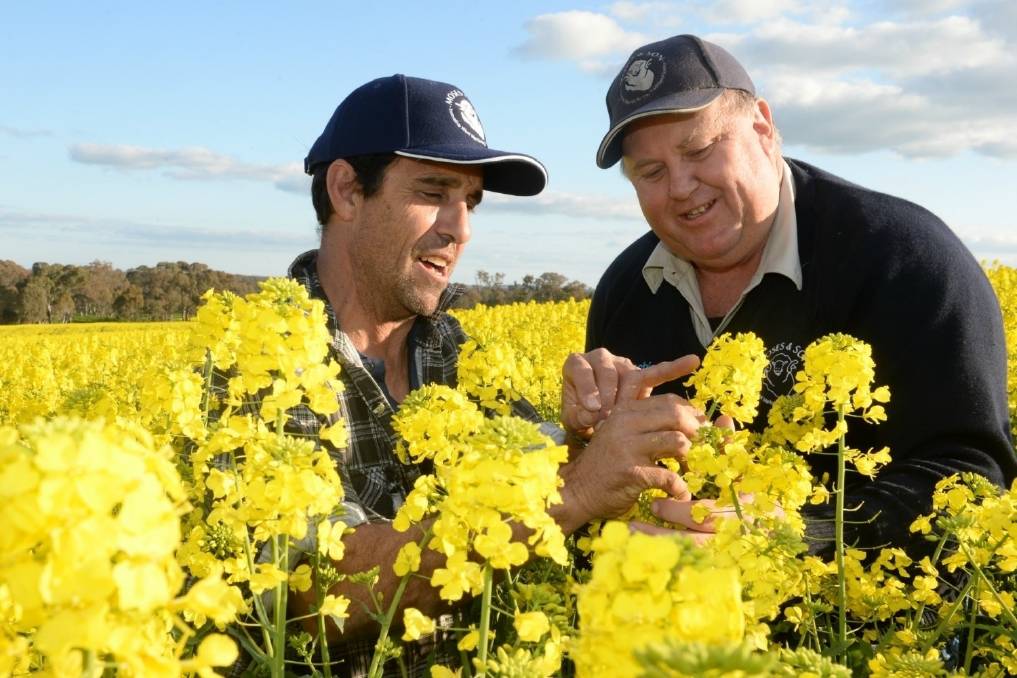 CANOLA shapes as a successful proposition for NSW growers, with strong prices on offer for this year's top-notch crop.

CANOLA shapes as a successful proposition for NSW growers, with strong prices on offer for this year's top-notch crop.

NSW and Victorian canola crops are expected to produce about 1.1 million tonnes, with NSW sitting on 850,000t and Victoria on 230,00.

Compared to last year, NSW's canola tonnage is up by about 14 per cent, but Victoria has more than offset this with an estimated 58pc reduction.

"The domestic market can't afford for the canola to go to export, they need it domestically," Mr Mulally said.

Mr Mulally said this year, the east coast would be expecting a decrease in export demand, as it would be met with competition from Canada.

"Their export offers are cheaper than ours, so there would be a fair reduction in demand for our export," he said.

Harvest is expected to kick off a week to 10 days after that.

The season had been very good until about six weeks ago when hot, windy weather hit, Mr Dellwo said.

But yields still look like they will be average to above average in the area.

Mr Dellwo said most of the canola in his area was on irrigation and had one irrigation during the spring, which had helped crops.

Growers in the south are doing a final check for heliothis activity on their crops and waiting for the right time to start windrowing.

Mr Dellwo said timing windrowing was often difficult and growers should contact their agronomist if they're unsure when to start.

"If you go too early, you can lose oil and if you wait too long, you could end up shattering pods which would affect yield," he said.

Mr Dellwo said growers should look to have about 70 per cent change of colour on the stem before starting.

"There should be a few greener pods on the top and all black down the bottom," he said.

He also said windrowing crops instead of direct heading them reduced losses, and was worthwhile to capture as much grain as possible.

Mr Kirby said the Liverpool Plains had a reasonable season, with most crops managing exceptionally well.

"Most people had crop nutrition well targeted," he said.

The season also did not have a huge amount of disease or insect pressure.

Change in crop pays off

This season, Mr Hicks sowed about 225ha of GT50 (RR) GM canola, after good rainfall as part of his usual rotation.

The crop was sown on good moisture and had received timely rain all through the season, until September.

Mr Hicks (pictured, and on our cover) said with a lack of rainfall this month, he expected yields wouldn't make it to the 3.4t/ha he got last year.

Prior to planting GM conola, Mr Hicks used to use Triazine tolerant canola and has been happy he made the swap.

The GM canola has significantly improved resistant rye grass on Mr Hick's property and said growing the crop has been worth the extra input costs.

"The yield advantage outweighs the extra costs it takes to grow it significantly," he said.

Usually, Mr Hicks would have already marketed about 50 per cent of his crop, but hasn't been able to this year as there's no forward marketing for GM conola.

He said whilst that was a downfall to the crop, he has just been storing his canola in local warehouses after harvest, and selling the crop when the market's good.