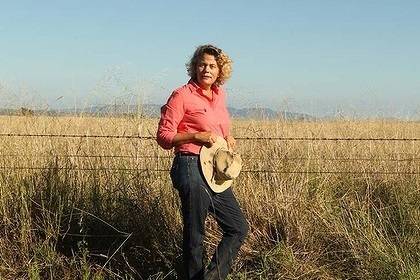 FARMERS in NSW will be able to earn money for weeding, fencing and pest control on their land as part of a new "offset" policy for major projects.

FARMERS in NSW will be able to earn money for weeding, fencing and pest control on their land as part of a new "offset" policy for major projects.

The scheme means miners no longer have to negotiate directly with farmers over land for conservation – removing a source of friction in the system.

Instead, miners and major developers will pay money into a "biodiversity fund" – a national first – whose strategic planning will be overseen by the NSW government.

"We feel it's a step forward," said Ms Simson, who has a crop and cattle farm in Premer in north-west NSW.

She said the present system led to miners buying up agricultural land to fulfil their offsetting obligations – which hollowed out rural communities, reduced the number of ratepayers and left land neglected.

Under the new model, farmers would be eligible for credits while maintaining the use of their land for agricultural purposes.

Chief executive of the NSW Minerals Council, Stephen Galilee, said friction between farmers and miners was a problem with the current model.

Mr Galilee also said that the present system had produced inconsistent offset requirements, citing those at Glencore's coal site Ulan Mine near Mudgee and Whitehaven's Maules Creek project near Gunnedah.

While Mr Galilee applauded the guiding principles of the scheme, he had concerns about specific details, such as the amount of credits given to miners for rehabilitating their mine sites.

NSW Planning Minister Pru Goward said the government will consult with stakeholders over the next 12 to 18 months before implementing legislation that will give full effect to the policy and the fund.

She said there was flexibility to make "minor amendments" to the ­policy.

NSW landowners will be able to access the scheme from October 1.