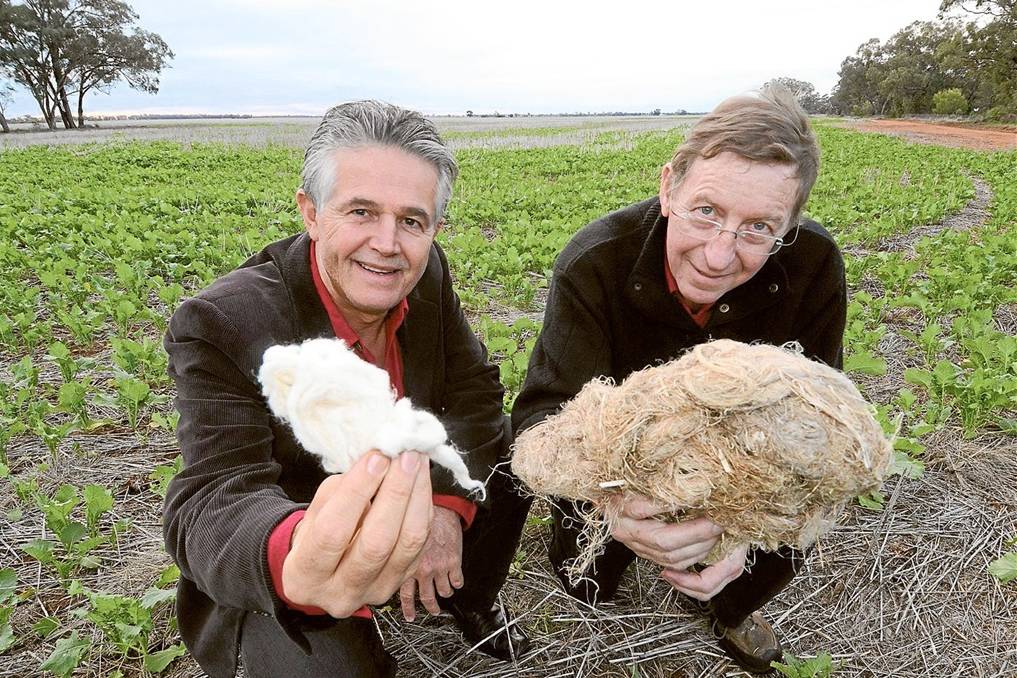 Forget drugs and illegal substances: industrial hemp doesn’t have any hallucinogenic THC, but it is a fibre that can be used with or instead of any other natural or man-made material.

As well, hemp provides some of the safest seed-derived health foods known to man.

All that is needed to get the hemp industry going in Australia is commitment from the nation’s leaders and also the farming sector.

This was the message a gathering of 50 Trangie and Narromine district irrigators were told by Textile and Composite Industries Pty Ltd managing director Adrian Clarke, Ballan, Victoria, during a hemp information seminar conducted by Macquarie 2100 at Trangie Bowling Club last month.

“The Commonwealth and State governments need to remove the ‘drug’ stigma on industrial hemp while farmers, especially those with irrigation, need to take a step into the future and become part of that future,” Mr Clarke said.

“Food Standards Australia and New Zealand supported hemp seeds as food for human consumption in 2012, however the Federal government has held-up the legislation,” he said.

“A viable hemp industry would be a major shot in the arm for Australia’s ailing manufacturing base as well as an economic boost to regional and rural Australia.”

While hemp was a major fibre until the 1700s, it became a second cousin to cotton and then oil derivatives for centuries due mainly to inadequate, antiquated and costly processing techniques.

However, in 1994 Mr Clarke and associates developed an efficient high-fibre extracting process which has since been further developed to transportable modular form to become a commercially viable on-farm value-add process.

Mr Clarke and his team developed a portable hemp fibre decorticator that extracts hemp fibre on the property.

“The best food grain that’s ever been known to man, fibre, and hurd,” Mr Clarke said.

“Hurd is the balsa-like pulp in the plant’s stem which when mixed with lime becomes ‘hempcrete’, the main ingredient in thousands of houses being built in Europe today.

“It is so fire resistant that you can play a blowtorch against a wall of hempcrete and it will not burn.”

Hurd could also be transformed into ethanol production and pulped for paper.

He said hemp fibre could replace fibreglass and carbon fibre.

“With extrusion or pultrusion you can replace wooden fence posts with hemp fibre that will last virtually forever.”

Ford Motor Company entrepreneur Henry Ford built a vehicle from hemp and the Lotus Elise was also manufactured from hemp fibre through extrusion.

The benefit for Australian growers is a higher yield per hectare for less input costs.

“Hemp will grow to fibre harvest stage in 90 days, use much less water and chemicals but will produce three times the fibre per hectare than cotton,” Mr Clarke said.

When degummed, hemp could be turned into fibre of spinning quality that would spin on standard cotton machinery.

“It will blend with wool, cotton or rayon – any fibre,” he said.

An added benefit to famers was the production of four tonnes of root matter per hectare, which “breaks down rather quickly and builds soil rather than depleting it”.

“We tend to grow it organically or biodynamically, but the farmer has the choice how to grow hemp.

“An added bonus, no pesticides or herbicides are required in its growth,” Mr Clarke said.

“Input costs are exceedingly competitive with any other crop, but the sale price is going to give farmers a much better profit, we are told, than almost any broadacre crop,” he said.

“The decorticator machine is portable and will fit inside a container so farmers can either purchase one or we can contract the process.”

He said Textile and Composite Industries would charge $750/ha for the processing cost.