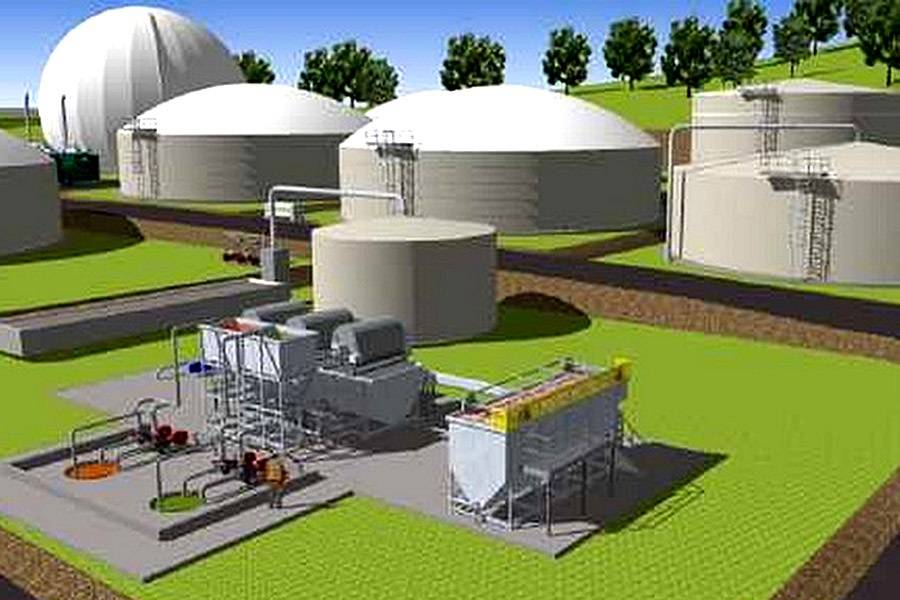 INVERELL will be home to Australia's first meat processing biodigester under plans from processor Bindaree Beef.

In a technique uncommon in Australia, bio-gas will be created using waste product and effluent, with the gas then used to generate power at the site and replace heating coal.

The project, part of major expansion plans at the feedlot and abattoir, had its development application was lodged with NSW Planning last month, and will be considered by the Northern Joint Regional Planning Panel.

Project control group chair John Clements said the wastewater treatment system would replaces a series of ponds on the property,

"The current industry practice for waste stream treatment is a pond, but ponds emit methane and smell," Mr Clements said.

"With the biodigester, bacteria chew up waste stream and create methane, and a very concentrated nutrient load, which we intend to use as fertiliser on the farm and recycled water, which will be used for irrigation to make hay to use for processing cattle prior to slaughter."

One of the industry's issues, getting rid of the paunch after processing, is also tackled with the new development

"It's really difficult to break down in a pond so it gets shredded up and spread on the farm," Mr Clements said.

"The paunch can go in the tank and be broken down. It's disposed of along with everything else.

"Every processor struggles with waste stream and we think this is the breakthrough in waste stream management."

The gas created by the biodigester being used to power the abattoir, removing coal from the production and saving as much as 50 per cent of electricity used.

"It will run the electricity generators by powering a gas engine."

It's taken three years to develop the project, with significant improvements made to cut costs and improve efficiency.

What was once a $46 million project, partly funded by the federal government can now be achieved using about $40 million following adjustments made in the planning process.

The project is expected to use $19 million of the $23 million provide under the grant.

"We've slowed the project down a bit and spent time working on technology which has reduced the cost of the project by at least $3 million, possibly $4 million," Mr Clements said.

"The cost reductions have all been funded by the company. We've spent well over $2 million now.

"We'll be handing back money to the Commonwealth and saving money ourselves, and we've got a better project outcome."

Bindaree Beef has employed more than 200 new employees in the past two years, with that figure to be matched in the next three to five years.

With more than 820 employees, the processor is the biggest employer in the New England, and it's set to get even bigger, with the aim to move toward value adding in the plant as a basis for production growth.

"We've increased it from around 1000 a day to 1200 day and we can't do anymore without significant investment," Mr Clements said.

"This biodigester give us a platform for growth without having to create more ponds and create more coal smoke.

"For the neighbours, it means reduced coal smoke, no pond odour and paunch odour."