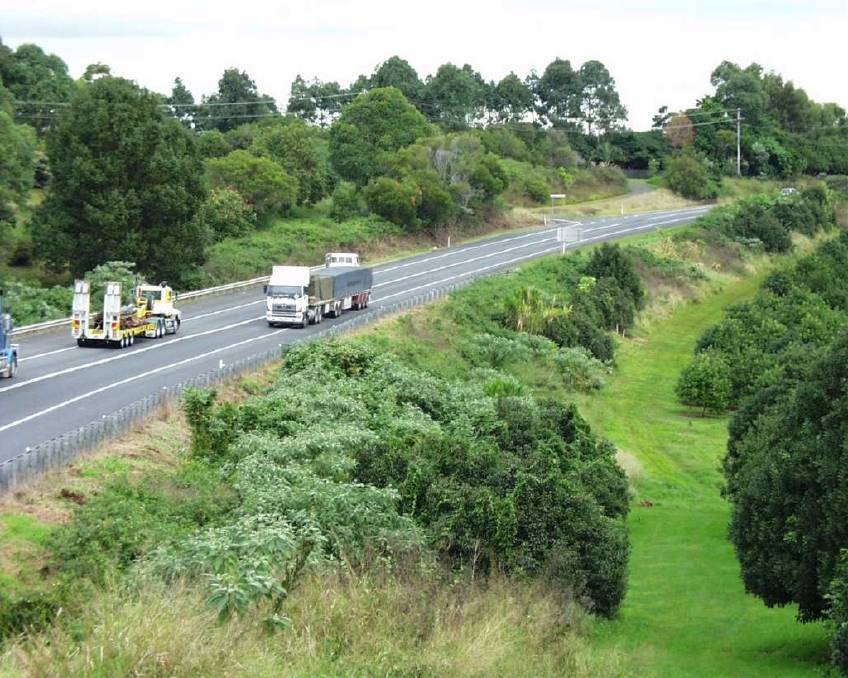 Trucks on the Pacific Highway on the north coast of NSW

WORK on the final section of the Pacific Highway upgrade could begin next month, after the NSW Government announced that planning approval had been given.

WORK on the final section of the Pacific Highway upgrade could begin next month, after the NSW Government announced that planning approval had been given.

This approval will allow the next stages of early work to start while the Australian Government Department of the Environment considers the overall project.

Mr Gay said tenders for the first 26km section between Woolgoolga and Glenugie and soft soil stabilisation work will be called in coming weeks, utility relocation and other early work is due to start in August and major building on the overall upgrade is expected to start in early 2015.

Mr Stoner said the last link of highway to be upgraded to dual carriageway was between Hexham and the Queensland border, comprising the duplication of 155 kilometres of road between Woolgoolga and Ballina on the NSW North Coast.

"This is one of Australia's busiest roads, carrying up to 12,000 vehicles per day in this section alone, and is the final link in the provision of the modern, upgraded road linking Melbourne, Sydney and Brisbane following completion of the Hume Highway last year.

"Since the Pacific Highway upgrade program started, fatalities on the highway have more than halved - from 42 in 1996 to 20 in 2013, but there is still more work to do.

"The upgrade is estimated to inject $5.3 billion into the State's economy and providing a peak of about 2,500 direct jobs and 6,500 indirect jobs in the broader community," Mr Stoner said.

Ms Goward said that an extended consultation period had been held during the exhibition of the environmental impact statement to ensure that the communities had an opportunity to comment on the route and concept design of the upgraded highway.

"The route has been selected with care and a great deal of consultation to maximise the economic benefits and safety improvements and minimise impacts," Ms Goward said.