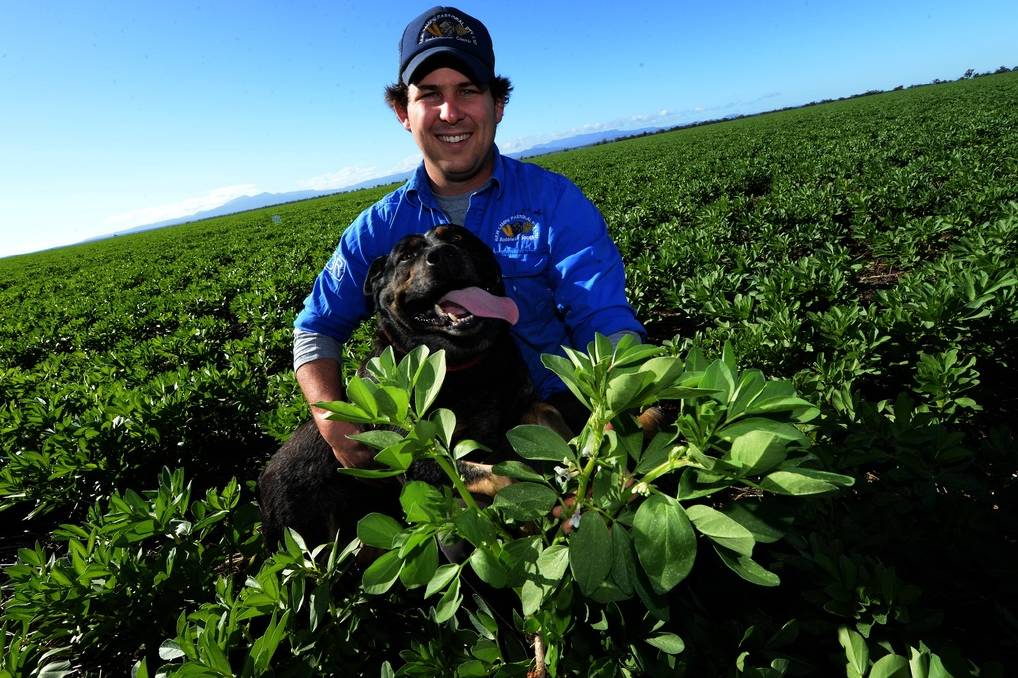 ITS been one of the warmest winters Narrabri farmer Bryce Lampe, "Bobbiwaa South", can remember.

ITS been one of the warmest winters Narrabri farmer Bryce Lampe, "Bobbiwaa South", can remember.

"I've kicking around in shorts and a t-shirt until about a week ago," he said, pointing out that he would usually have had the winter woolies out of the cupboard weeks a go.

This warm weather, plus some good falls of rain, including 40 millimetres three weeks ago and another 20mm since, has boosted his faba beans, chickpeas and wheat along.

Some of his March-sown faba beans were already flowering, and with a lot of buds developing the bulk was expected to bloom in about 10 days.

"Typically we wouldn't be seeing any flowers on our plants at the moment," said Mr Lampe (pictured).

"If we got a heavy frost now, the plants that have got flowers, they would drop their flowers and not produce a pod."

The two frosts he had received so far this season were luckily ahead of the flowers emerging.

Mr Lampe said he usually expected some losses to frost, so he would have to wait and see how this season developed.