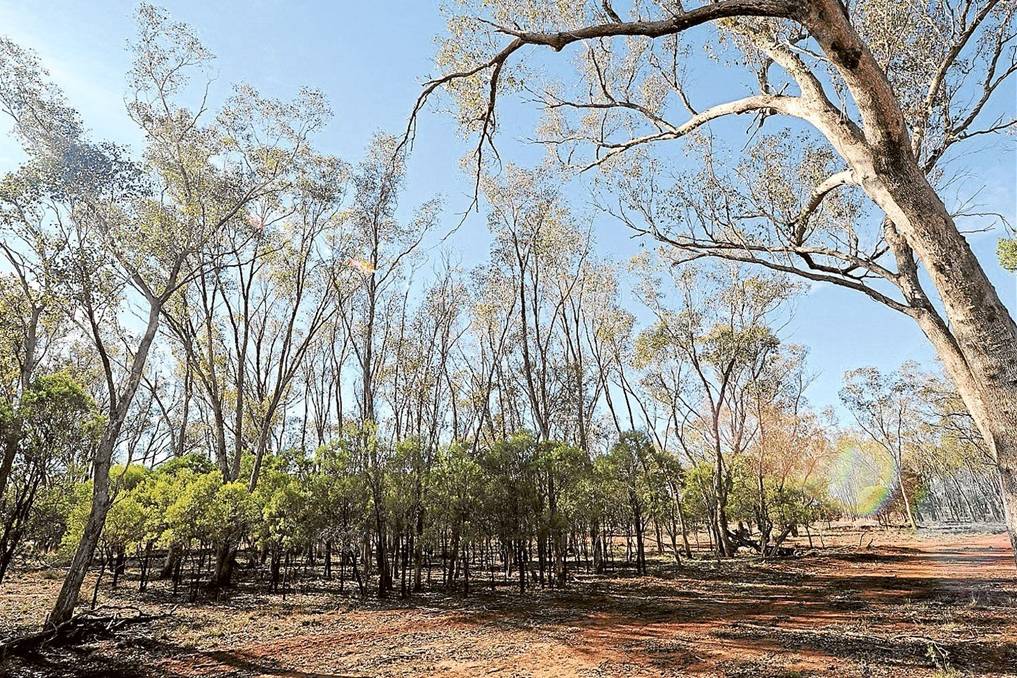 A Shooters and Fishers’ amendment bill, described as a “shot across the bow”, proposes to modify control on clearing native vegetation.

FED up with the snail-like speed of the NSW government’s movement on native vegetation rules, the Shooters and Fishers Party has tabled an amendment Bill in parliament.

FED up with the snail-like speed of the NSW government’s movement on native vegetation rules, the Shooters and Fishers Party has tabled an amendment Bill in parliament.

And NSW Farmers president Fiona Simson has backed the move by urging the government to support the Bill, which includes proposals to modify control on clearing native vegetation so it only applies to the clearing of indigenous trees; to allow broadscale clearing if it’s in the social, economic and environmental interests of the region, and to reduce the penalties for unauthorised clearing.

Shooters and Fishers MLC Robert Brown said the Bill was a “shot across the bow” to Labor and an “opportunity for the Liberals and Nationals to come out from hiding behind the bush” to support the proposed changes to the Native Vegetation Act.

“The Nats weren’t able to get (former Environment Minis-ter) Robyn Parker to agree so they ended up doing a protracted exercise to get the codes changed.”

Earlier this year, the government released three self-assessment codes to loosen the regulation for native vegetation including: managing invasive native species, thinning of native vegetation and the clearing of isolated paddock trees.

At the time Deputy Premier Andrew Stoner said the codes would strike the balance between conservation and efficient agricultural management.

While farmers welcomed the codes as a step in the right direction it didn’t dull the demand for a complete overhaul of the Act.

The feedback period for the proposed changes closed last week with the Office in Environment and Heritage saying it received more than 500 submissions, all of which would be published on the website after they had been reviewed in about six weeks.

But the changes have been too little too late for NSW Farmers and the Shooters and Fishers Party.

“Some of these ministers don’t seem to get their boot heels on the throats of public servants,” Mr Brown said.

“Labor or the Greens won’t support it so the only way is for the government to agree.

“They’ll be worried if they do support my Bill it will look as though they couldn’t do it themselves.”

A spokesman for new Environment Minster Rob Stokes refused to comment on the amendment “at this stage”.

“How the process works is a private member puts it forward and we will give a response when the Bills are debated in parliament.”

“The debate has started – it’s been second read. That really means the minister still has to talk to his cabinet to find out what he’s allowed to say.”

As for the government’s pledge to review the Native Vegetation Act, Mr Stokes’ spokesman said: “In terms of the broader review of the legislation, we’ve committed to that process and (it’s being) currently undertaken by a cross agency group.”

He later said there would be more information about the review shortly following an upcoming Cabinet discussion.

It is understood the government plans to merge three Act; including the Native Vegetation Act, together to make one Biodiversity Act.

Mr Stoner said the government stood by its commitment to review the State’s “complex and outdated biodiversity legislation in its first term”.

“We are currently considering the Bill introduced by the Shooters and Fishers and look forward to discussions with them in due course.”

Environmentalists expressed their concerns with the Shooters’ proposal saying the amendments could open the door for a massive increase in broadscale land clearing across the State.

But Mrs Simson said, while it didn’t take away all farmers’ issues with native vegetation, it could fix a number of issues with the Act.

“At the moment broadscale clearing under current legislation includes the removal of a single plant,” she said.

“This is wrong and it is my understanding the Bill will amend that.”

Mrs Simson said NSW Farmers had been seeking legislative changes to the native vegetation framework for many years and the Coalition government had committed to reviewing it.

“We are less than 12 months out from the next State election and we still have not seen any meaningful change on this issue.”

“While we congratulate the NSW government for committing to delivering more balanced, practical, streamlined and effective native vegetation regulations, there is a long way to go before they can be successfully delivered.”