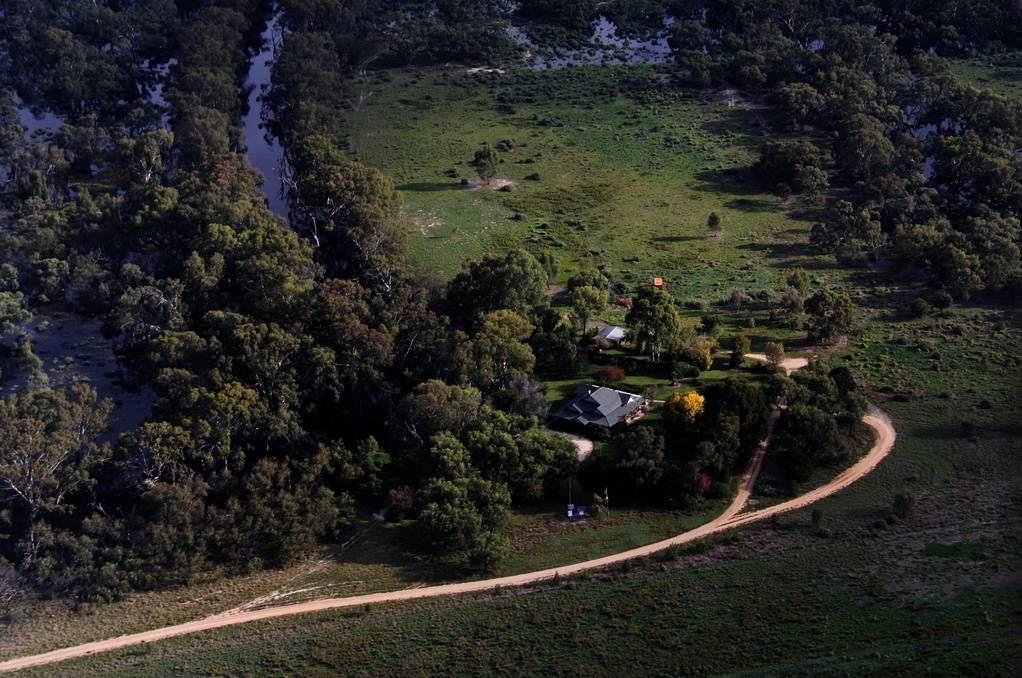 Despite its Federation lineage and established surrounds, the “Booabula” homestead is a relatively recent arrival, having been transported to its present site by the previous owners from a Blighty property.

AN IMPORTANT Central Riverina auction will take place later this month when the noted Billabong Creek property, Booabula Station at Wanganella, goes under the hammer.

AN IMPORTANT Central Riverina auction will take place later this month when the noted Billabong Creek property, Booabula Station at Wanganella, goes under the hammer.

Owned by John and Margaret Radeski, who moved from the Northern Territory to buy the property 20 years ago, "Booabula" is a 6745-hectare (16,666-acre) portion of the former, much larger station of the same name.

It was previously owned by Charles and Alison Dudley, who bought it in the 1980s from Margaret Wallace, whose family had owned the original station since the early 1900s, until its four-way breakup in the 1970s.

That breakup resulted in the creation of "Booabula East" (two portions, or about half the total area), "North Run" and the "Booabula" now for sale, all of which were initially taken up by Wallace family members.

"North Run", which incorporates the original station homestead and shearing shed, is now the only portion remaining in Wallace hands, following the recent sale of "East Booabula" to the Milliken family.

The Radeskis in turn are now ready for retirement, and have listed "Booabula" with Landmark Deniliquin for sale by auction on June 25.

Its strategic Central Riverina location, Billabong Creek frontage and suitability for grazing and both dryland and irrigated cropping make "Booabula" an attractive proposition for families and investors alike.

The country has a long history of settlement, Booabula Station having been held in the 1850s by pioneer squatter William Brodribb of "Wanganella", who on-sold it in 1861 to Gideon Lang.

It was later held by Melbourne shipowner John Blackwood, until it was sold by his estate in 1912 to another Melbournian, J. Alston Wallace, who established the dynasty that endures (on "North Run") to this day.

The property now for sale as Booabula Station is situated 52 kilometres north of Deniliquin, where it fronts the Billabong Creek for about 10km upstream of Wanganella.

A rich variety of Riverina native grasses and herbage supports a carrying capacity of 14,000 DSE.

About 540ha is developed for irrigation and used for growing rice, winter cereals and pasture.

Water is supplied from Murrum- bidgee Irrigation via Billabong Creek, underpinned by a general security licence of 1372 megalitres, plus supplementary and stock and domestic licences.

Several creeks intersect the property, and stock water is reticulated to tanks and troughs throughout the property by pipeline from Billabong Creek and a bore.

A feature of "Booabula" is the station homestead, a well-maintained Federation-style weatherboard structure of four bedrooms with wide verandahs, set in attractive gardens beside the Billabong Creek.

It is complemented by a modern, three-bedroom manager's residence.