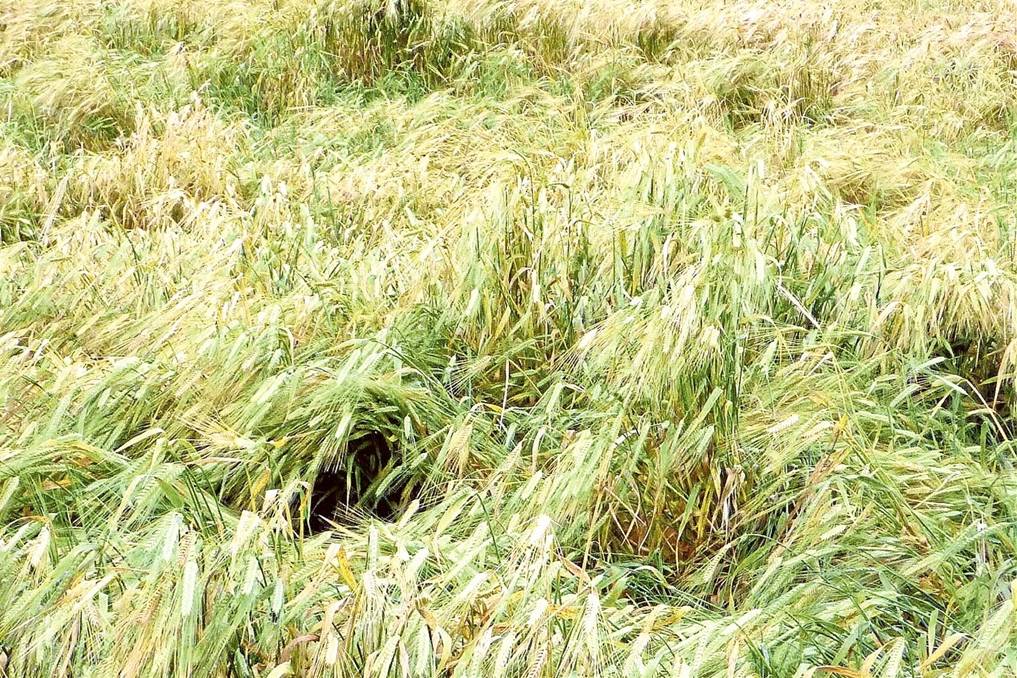 Improved lodging tolerance is an important barley variety requirement and a feature of many new varieties. Varieties need to be selected on a multitude of attributes including diseases tolerance, relative yield, quality and agronomic aspects like seedling vigour and straw strength.

A HOST of barley variety releases will add to choice, and confusion, as to what variety to pick for coming seasons.

A HOST of barley variety releases will add to choice, as well as to confusion, as to what variety to select for coming seasons.

GrangeR is one that stands out.

It is a likely Gairdner replacement, which has been a popular variety since its release in 1998.

GrangeR is a similar mid to later maturing variety but with better lodging resistance despite being slightly taller.

Yield wise, according to National Variety Trials (NVT), it is on average more than 10 per cent better than Gairdner across NSW.

It has tested low screenings and large kernel size.

Like many varieties it is generally susceptible to the important southern disease leaf scald.

LaTrobe is another new standout variety and is likely to compete with the popular Hindmarsh.

LaTrobe is in many respects, including rating for most diseases, similar to Hindmarsh with early maturity and semi dwarf habit.

It is still undergoing malt evaluation and if given the green light has a good popularity prognosis.

LaTrobe according to limited NVT testing has yielded slightly ahead of Hindmarsh across both southern and northern NSW (in a north-south State split).

It is likely to suit the low to medium rainfall areas as well as later sowing in higher rainfall districts.

Litmus is an early maturing variety with good early vigour and yield comparable to many mainstream varieties in non-acid soil situations.

Many farms have paddocks with variable soil acidity and many paddocks have acid in the subsoil despite liming to correct surface soil acidity.

Hence the important role of an aid soil tolerant variety.

Litmus in early assessments has good grain quality (not designated malting) with plump grain and test weight similar to Buloke.

It also has moderate to high levels of pre harvest sprouting tolerance and seed is likely to be available next year.

Fathom is an interesting new variety bred for drier environments and with stress and water efficiency genes from wild barley to increase tolerance to dry conditions.

It is strong strawed although moderately tall and has a long coleoptile and good early vigour.

While a feed quality variety it has good grain quality and low screening relative to many other varieties.

It is always advisable to check new varieties for attributes like disease resistance as well as agronomic traits, relative yield and quality.

Importance of specific diseases like scald or net blotch varies across the State.

Details of barley varieties, as well as varieties of all winter crops, together with growing guides, are available in the 2014 edition of the Department of Primary Industries Winter Crop Growing Guide, an extensive and detailed publication, available via Local Land Services offices.

Bob Freebairn is an agricultural consultant based at Coonabarabran. Email Bob Freebairn or contact 0428 752 149.