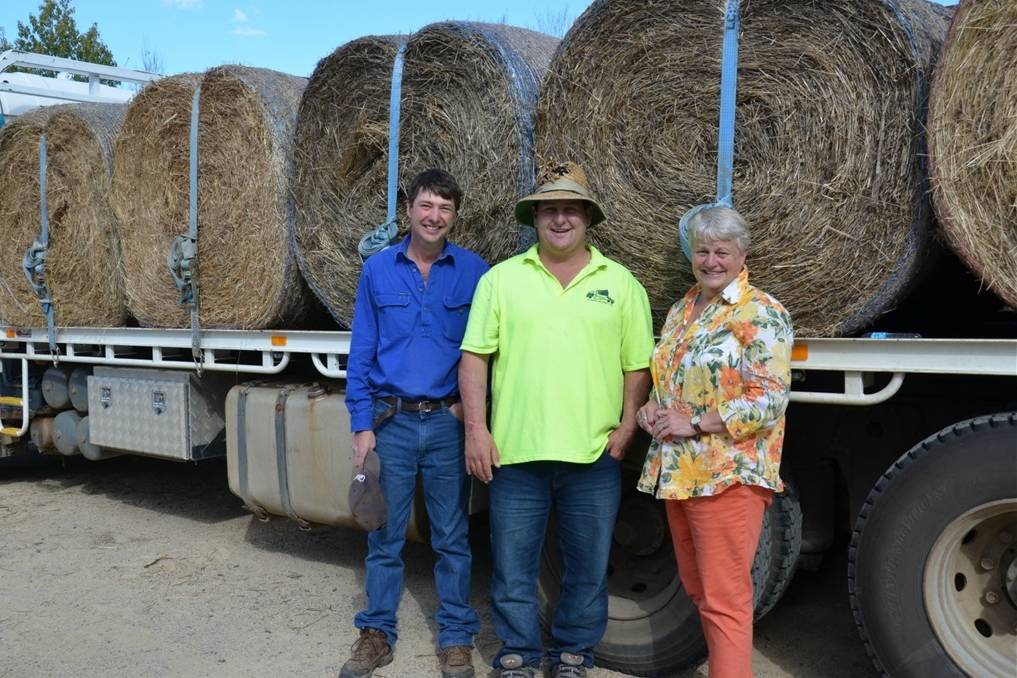 FARMERS that attended the Aussie Helpers hay day in Armidale left the event with fuller feed sheds and bigger smiles.

FARMERS that attended the Aussie Helpers hay day in Armidale left the event with fuller feed sheds and bigger smiles.

The hay day was hosted at the Armidale exhibition centre, where about 250 bales of hay were donated to numerous farmers in the Armidale region that have been feeling the effects of the dry season.

Majority of the hay was donated by Victorian farmers who had received help from Aussie Helpers when they were battling the drought, some bales also came from farmers in Coffs Harbour.

Prior to the event, Aussie Helper volunteer Matthew Hilton and his team did a three week tour of the Armidale region where they visited farms to assess their feed situation.

"We will spend about an average of three weeks to go around and visit as many people in the area as we can, then invite them into the hay day," Mr Hilton said.

The tour allows Aussie Helpers to meet farmers in the region who are doing it tough and don't have much feed for their livestock.

When they visit farms, the volunteers have a chat with farmers about their situation, give them a grocery and care package and invite them into the hay day.

Mr Hilton said any farmers in the area are invited to the hay day regardless of whether they are having hay donated or not.

As well as helping them on the farm, the hay day is about creating awareness of mental health issues in the bush and letting farmers know they're not battling the drought alone.

Mr Hilton said the day is a good chance for farmers to get away from their land, have a sausage sandwich and a chat with their neighbour who are more than likely having the same problems as them.

"We get to show them that the grass isn't that much greener on the other side half of the time," he said.

As well as having the opportunity to socialise and see their neighbours, Mr Hilton said the Armidale hay day gave farmers the chance to help out others who were doing it tough.

Mr Hilton said one farmer who attended the hay day transported nine loads of hay for his surrounding neighbours.

"They'll bend over backwards to help their neighbour," he said.

"That's the kind of spirit you find out there."

Numerous farmers who attended the hay day were given bales of quality hay that were loaded for them by Aussie Helpers volunteers.

Mr Hilton said the donations aim to lift morale in the bush and let farmers know there's people who are caring for them.

"What we're giving isn't going to solve their problems, but it shows them that people care and it gets them talking," he said.