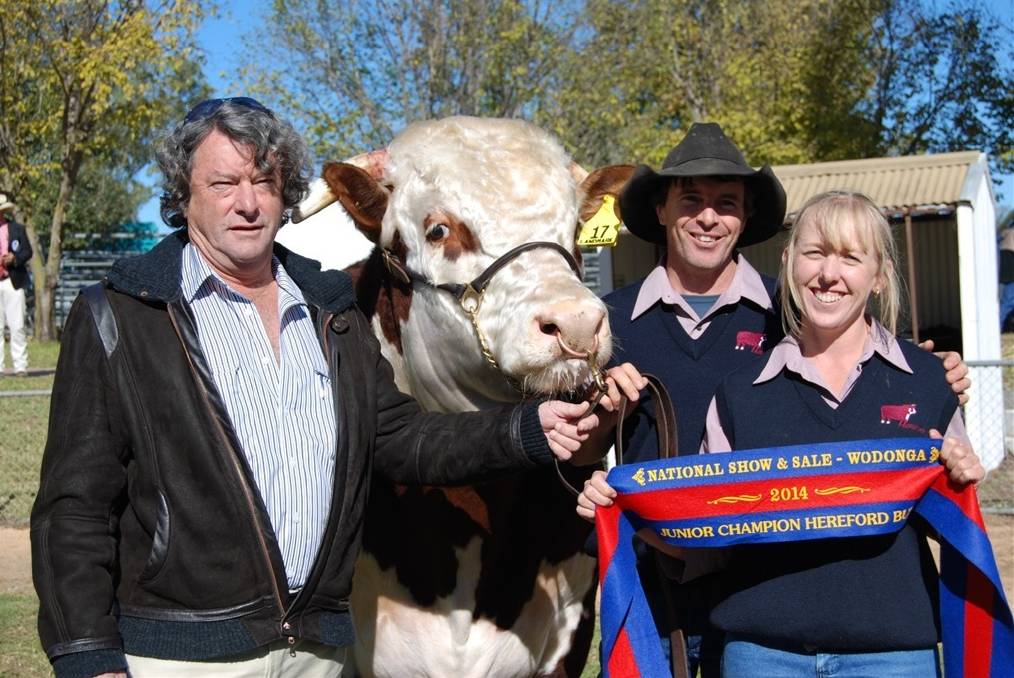 IT ONLY took 17 lots to reach this year’s $41,000 top-price at the Hereford National Show and Sale in Wodonga today.

IT ONLY took 17 lots to reach this year’s $41,000 top-price at the Hereford National Show and Sale in Wodonga today.

This average was about $1500 above 2013, however about 50 less bulls were offered, with a similar clearance achieved.

Hot Shot was purchased by a partnership between Glenwarrah Herefords, Bundarra, and Tummel Herefords, Walcha.

Buyers came from five states, with 89 buyers operating within the sale.