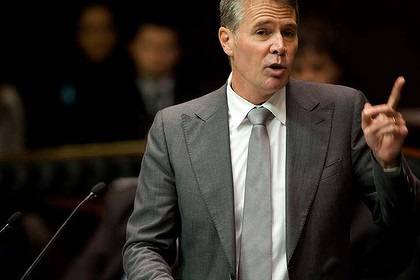 WITH the seat of Burrinjuck to become yet another casualty of rural seats being to an exploding coastal population, an expected sea change of retiring baby boomers might only accelerate this issue.

WITH the seat of Burrinjuck to become yet another casualty of rural seats being to an exploding coastal population, an expected sea change of retiring baby boomers might only accelerate this issue.

This is particularly seen as an emerging issue in the Nats’ coastal strongholds, where future elections might see the party lose yet more seats.

The Nationals currently hold seven of their 19 Lower House seats in NSW in coastal areas such as Coffs Harbour, Port Macquarie or Tweed, however, these regions are growing rapidly and experts believe the new arrivals could weaken the party’s hold on the electorates.

“I think there could be a move away from these being rusted-on National seats,” said University of New England’s associate professor for the School of Behavioural, Cognitive and Social Sciences Dr Neil Argent.

“Most of the people moving there are less conservative... (and are) more likely to be a Green voter or ‘small l’ liberal.”

Dr Argent said there were people from other Nationals seats in western NSW moving to these areas as well, but not in sufficient numbers to match metropolitan baby boomers looking for a seachange.

“The vast majority of in-migrants to those coastal places come from Sydney, which provides about 40pc of total in-migration flows... the people moving from the bush will be outnumbered by the baby boomers moving from Sydney.”

The Nationals NSW director Ben Franklin said the party’s ability to secure investment in local infrastructure would help it hold on to its coastal seats.

“We are proud of our North Coast delivery,” Mr Franklin said, citing $2.5 billion of funding for the Pacific Highway, $37 million for bridges in Tabulam and Lawrence and more broadly securing 30pc of NSW’s infrastrucutre spending for regional NSW.

constituencies in the bush, but we have also done a lot in our coastal seats.”

Dr Argent said if the people moving to these coastal seats became more conservative as they aged, this could help retain the status quo for the Nationals.

“The Nationals could still hold sway given the ageing of the population here, but much depends on its capacity to capture a baby boomer vote that is probably fairly progressive on environmental and social issues.”

Dr Argent said he thought the most likely scenario was these seats moving to marginal ones, swinging between the Nationals and Labor, helped by Green preferences.

The Australian Bureau of Statistics revealed outside of Sydney, Wollongong and Newcastle, one

of the fastest growing areas in the State was the Far North Coast, with towns such as Tweed Heads, Byron Bay and Pottsville all growing rapidly.

During the past five years, the population of the Greater Port Macquarie region has been growing at an average rate of 1.62pc a year, while Coffs Harbour is forecast to have continued population growth of 1.47pc until 2031.