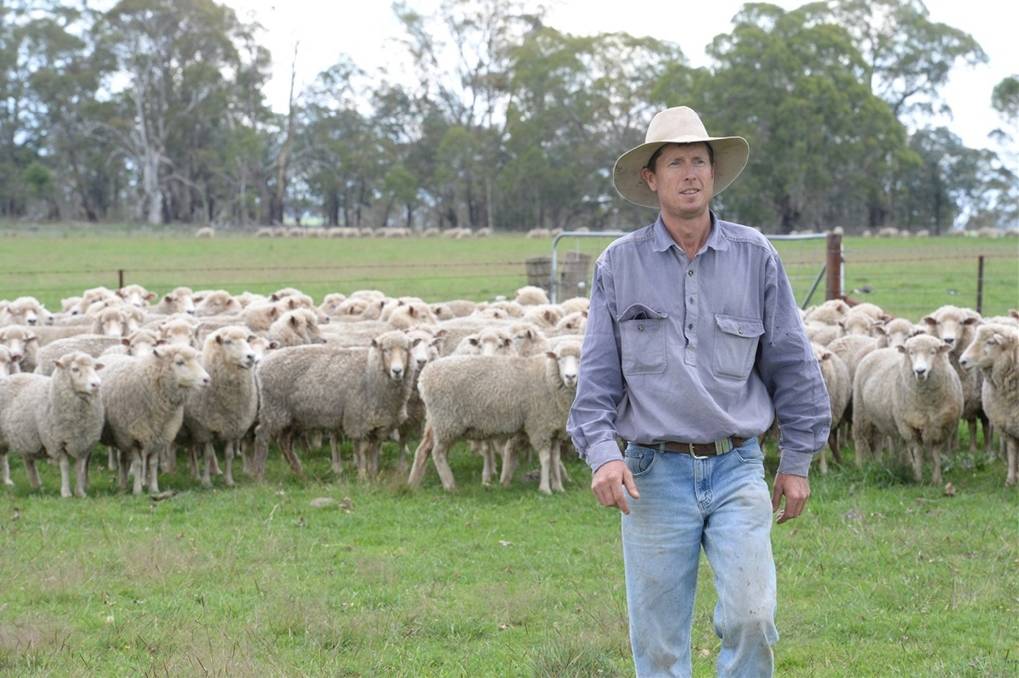 Tim Moffatt, "Myloe", Guyra checks his first cross ewes for signs of worms. Plenty of rain in March saw him drenching his sheep at the start of April this year, after doing a worm egg count test.

DRY conditions have meant lower than usual worm egg counts in sheep throughout summer, but recent rainfall and warm temperatures could see a rapid rate of infection.

DRY conditions have meant lower than usual worm egg counts in sheep throughout summer, but recent rainfall and warm temperatures could see a rapid rate of infection.

However, those producers focusing on resistance, rather than resilience, may be better off this season.

Veterinary Health Research lab manager Rad Nielsen said while the worm season will potentially be less severe than normal because of the drought, he has seen high counts in recent weeks, and producers should be cautious not to "get caught out".

"Worms will be on the move after the rain  barber's pole worm in particular being the biggest threat, as it is still warm enough for larvae growth and paddock infection to take place," he said.

Dr Nielsen said the low herbage mass will also play in the worms' favour, as sheep that have been doing it tough will graze closer to the ground.

"The best way to keep on top of them is through worm egg counts, and monitoring chan-ges in worm burdens is the most direct way, combined with visual observation."

Sheep grazing in normally wet or damp areas of paddocks has also led to an increased prevalence of liver fluke this summer, Dr Nielsen said.

Landmark Guyra's Mark Brazier said barber's pole and black scour had been prominent in New England, as well as possibilities of liver fluke.

"Worm burden will be increasing daily now we have had rain, as the short green pick is growing and the sheep will be chasing that and the worms will be there," he said.

"Resilient sheep are those that grow and perform well despite infection from parasitic worms, whereas resistant sheep have a lower level of worm infection because of a better immune response," he said.

"Resilience is difficult to measure because it is the difference in production between worm-free sheep and when the same sheep are infected. It represents the cost of worm infection not the animal's ability to resist infection.

"And while resilience in sheep is desirable, it has a very low level of heritability, with little benefit passed to the next generation of the flock."