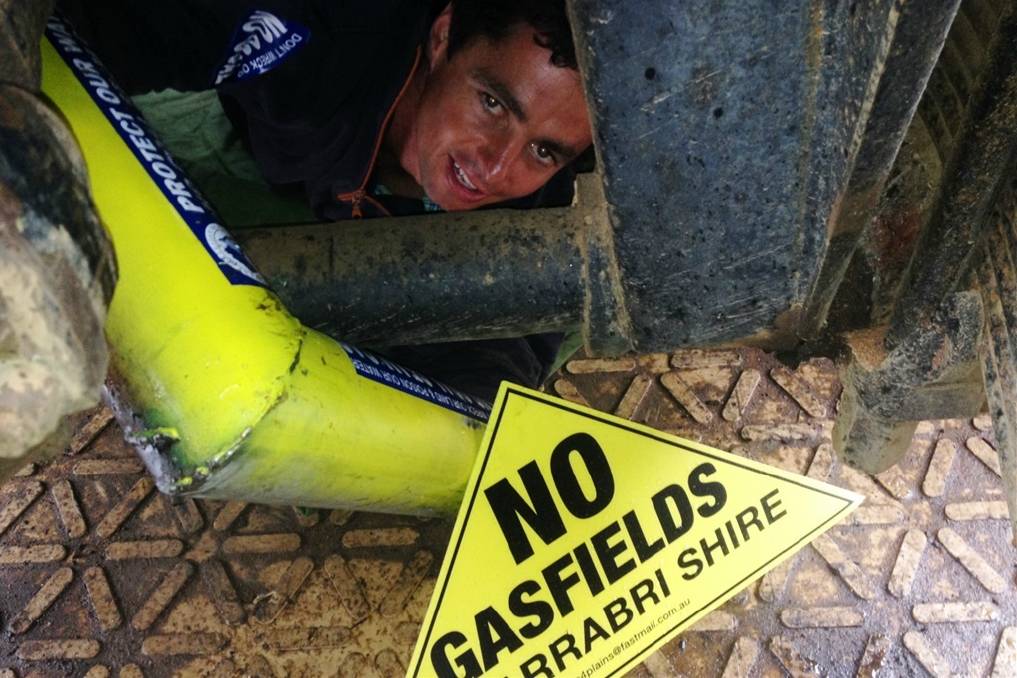 UPDATED 10.30am PROTESTS against Santos's Pilliga coal seam gas (CSG) plans roll on, with more arrests over the weekend.

Six farmers were arrested after they locked themselves on to drilling equipment on Saturday, demonstrating against the Narrabri CSG project.

Santos has an access agreement in place with NSW Forestry.

Also, 63-year-old Armidale grandmother Pat Schultz and 64-year-old business analyst Simon Pockley were arrested for locking themselves onto vehicles near the town of Bellata. Seventeen arrests have been made in total.

Community groups have recently organised a range of measures to oppose CSG development.

Coinciding with the protests, about 500 people attended an anti-CSG concert in the Pilliga which was headlined by blues musician, Ash Grunwald.

Last month, about 600 farmers and community members called for a ban on CSG gas in NSW at a meeting in Narrabri.

In March, a group of Santos shareholders formed to force the company to hold a vote amongst investors on the future of the Narrabri project.

Santos will oppose the resolution, saying it has been driven by activists groups which misrepresent its operations.

The company said while no work was planned in the Pilliga over the weekend.

However, the protesters said their actions did disrupt operations.

Coonamble farmer James Nalder was one of six farmers to attach themselves to equipment.

"Some form of work was definitely taking place that day," Mr Nalder said.

"Santos’ workers, and police who attended, all said our protest had pulled up work. They had a crew there on a drill rig."

Santos said its project is proceeding in line with the law.

“The exploration work we are undertaking has received all the necessary regulatory approvals following assessment by both the State and Commonwealth.

“Santos will continue working with the local community – as we have always done – as we progress the Narrabri gas project."