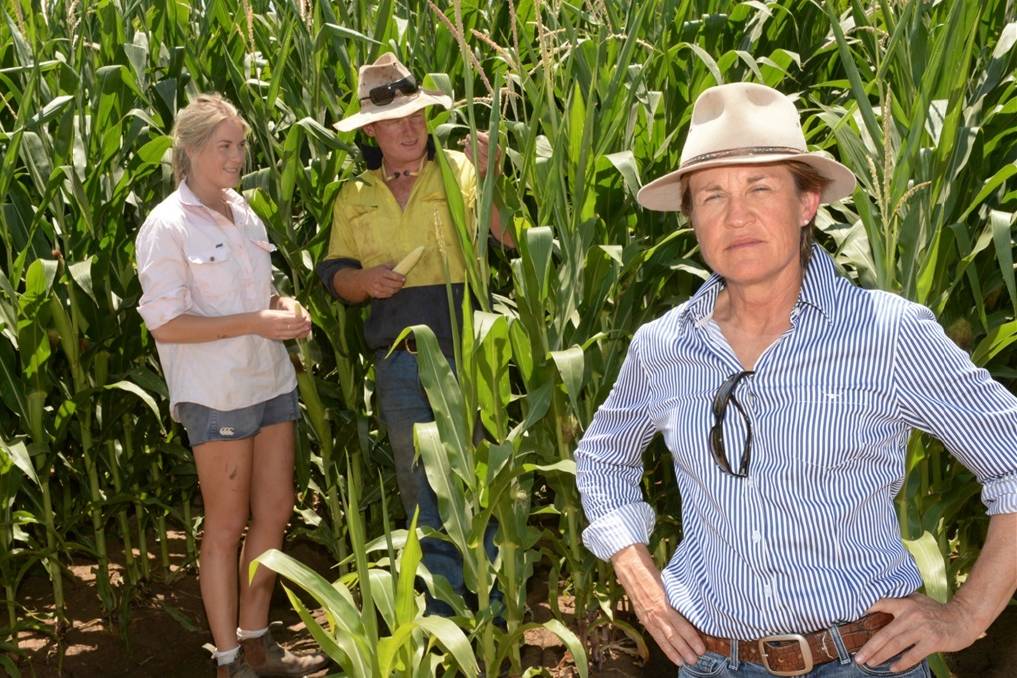 Helen Dalton, "West Merribee", is facing the prospect of CSG on her land, with daughter Alex and son Campbell.

A COAL company is eyeing off the Riverina - and local irrigators want their productive land protected from the industry's advances.

A COAL seam gas company is eyeing off the Riverina - and local irrigators want their productive land protected from the industry's advances.

Small-time start up Grainger Resources has applied for the right to explore the region for coal seam gas (CSG) reserves.

Grainger is awaiting a determination on applications for licences across an area 33,000 square kilometres between Hillston, Narrandera, Deniliquin and Moulamein in NSW.

The Rice Growers Association has been spurred by the move to seek to have the region's irrigation industry classified as a Critical Industry Cluster (CIC).

The NSW government describes the criteria for CICs as: "a localised concentration of inter-related productive industries based on an agricultural product that provides significant employment opportunities and contributes to the identity of the region."

Rice Growers executive director Ruth Wade said while the association is not completely opposed to gas development in the district, it will demand that irrigation areas are protected from impacts.

"The highly intensive irrigation areas in the Riverina were purposed built and are not compatible with coal seam gas."

Ms Wade said Rice Growers will seek a determination over the CIC before the gas industry develops in the region.

"We want to get on the front foot, not end up on the back foot like the people in the Hunter Valley did."

The government will receive public comment on Grainger's application until February 11.

Helen Dalton is a local board member for NSW Farmers and runs a mixed irrigation business at "West Merribee", Binya. She said the news has caused concern in the community.

"Farmers are facing competition for the use of their land across the state, but the reality is we haven't been worried about that to date."

Ms Dalton said there is a "scare factor" in the community over the potential change and irrigators are particularly concerned.

"Every centimetre of dirt that is laid to irrigation is highly valued and we don't know how that will work with CSG activities.

"We are still going through the process with the Murray-Darling Basin, where we feel we have been rolled in the dirt a bit. I just hope this process is open and transparent."

“It'll be a cold day in hell when someone puts a gas well in the middle of my irrigation farm,” Mr Morshead said.

"I'm against it in the middle of highly productive agricultural country, I just won't stand for it, it won't even be considered.

"I don't see it being a particular threat to us, but you never know - and some of this country has had a lot of money spent on it in infrastructure and earthmoving and it won't be stood for, I can guarantee you that.

"Where we are it's tightly fought over, it's highly productive and it's not acceptable.

"Griffith and Leeton is probably some of the best irrigated rice growing country in the world really.

NSW Farmers will host CSG information workshops for landholders in Hay and Griffith on January 22 and 23, respectively.