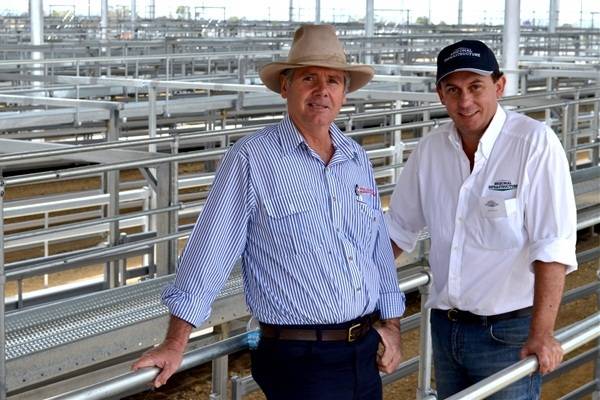 AGENTS and producers got their first look at the new Tamworth saleyards at a tour of the facility on Sunday.

AGENTS and producers got their first look at the new Tamworth saleyards at a tour of the facility on Sunday.

Due to be opened in the middle of the year, the new yards are fully under cover and feature soft floors in all pens.

"It's all designed to put less stress on the animals," he said.

"You'll see animals lying down in their pens at night - that wouldn't happen normally in a saleyard."

Non-bruise panelling and a flow through design will reduce stress to stock.

The $15 million development, located in Phoenix Lane, adjacent to Tamworth's abattoirs, will replace the existing yards built in 1984.

Mr Edwards said he expected the opening of the facility to boost livestock numbers passing through Tamworth.

"Traditionally, you would see a rise in the volume of stock when you have a new facility such as this open," he said.

"It's a magnificent facility above and beyond what our expectations were," he said.

Mr Morgan said the expected rise in stock numbers would translate into increased competition and better outcomes for both buyers and vendors.