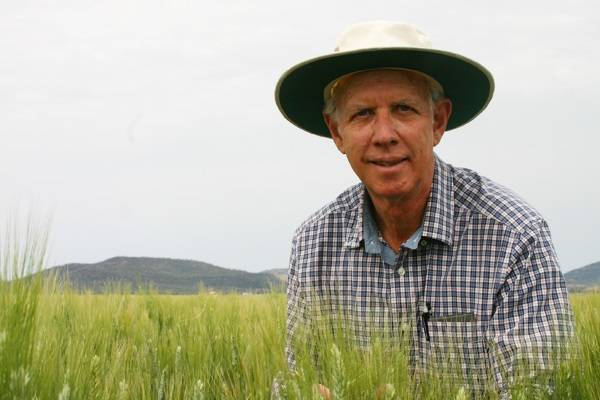 WITH only one qualified graduate for every 10 vacant roles, Australia is facing a severe drought of agronomists.

WITH only one qualified graduate for every 10 vacant roles, Australia is facing a severe drought of agronomists.

The shortage was the subject of a round table discussion at the Australian Agronomy Conference at The University of New England in October.

"There's no time to um and ah over hiring; these people are gone within days," he said

"There's clearly a desperate shortage in the marketplace."

University of New England School of Environment and Rural Sciences head Professor Iain Young said universities needed to cast the net wider in order to lure the nation's best and brightest to careers in agriculture.

"We go and tell them the good news story about agriculture and show them what we do and what a wonderful life it is," he said.

Parramata-born agronomist Paul Parker is living proof the city can sprout great agronomists, himself having carved out a career spanning five decades.

Now a Department of Primary Industries district agronomist based at Young, Mr Parker (pictured) left his city home to study at the Hawkesbury Agricultural College and has since worked and studied across the country and the world.

He said despite his metropolitan upbringing, he always had a deep love for the bush.

Mr Parker said the amount of vacancies in agronomist positions was concerning, as was the gradual disappearance of agriculture courses from high schools.

He said children of farmers had been turned off careers in agriculture after watching their parents battle to scratch a living from the land.

Rather than be discouraged, Mr Parker said young people should see such struggles as a challenge to help farmers and find solutions to problems through science.

* More in this week's The Land.

The story Where have our agronomists gone? first appeared on Farm Online.