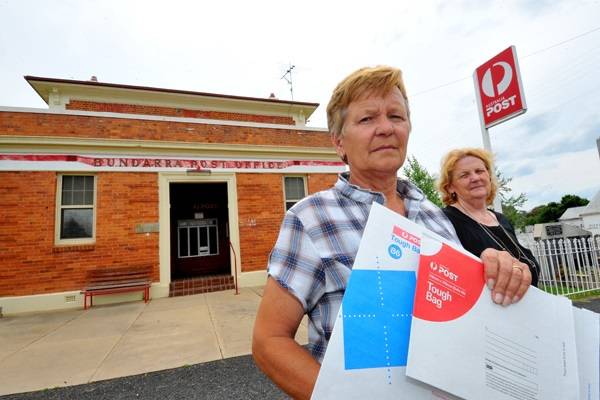 AFTER much debate and local concern the Bundarra Post Office will now remain open at peak times on a six month trial basis.

AFTER much debate and local concern the Bundarra Post Office will now remain open at peak times on a six month trial basis.

If business does not pick up during this period, its door will close.

Licensee Esme Garrad will open the post office between 9am and 10am and 3pm to 5pm Monday to Friday, from January.

This decision came about after much deliberation between locals, Ms Garrad and Australia Post.

Senator Williams said Australia Post considered a number of options and was glad Mrs Garrad agreed to reduced hours in order to keep the post office open next year.

"The Bundarra community, through its support of the Bundarra Post Office, will now determine its future,” he said.

"I urge them to transact as much of their business as possible there.”

* An article in today's issue of The Land states the Post Office was expected to close. The article was correct at time of printing.