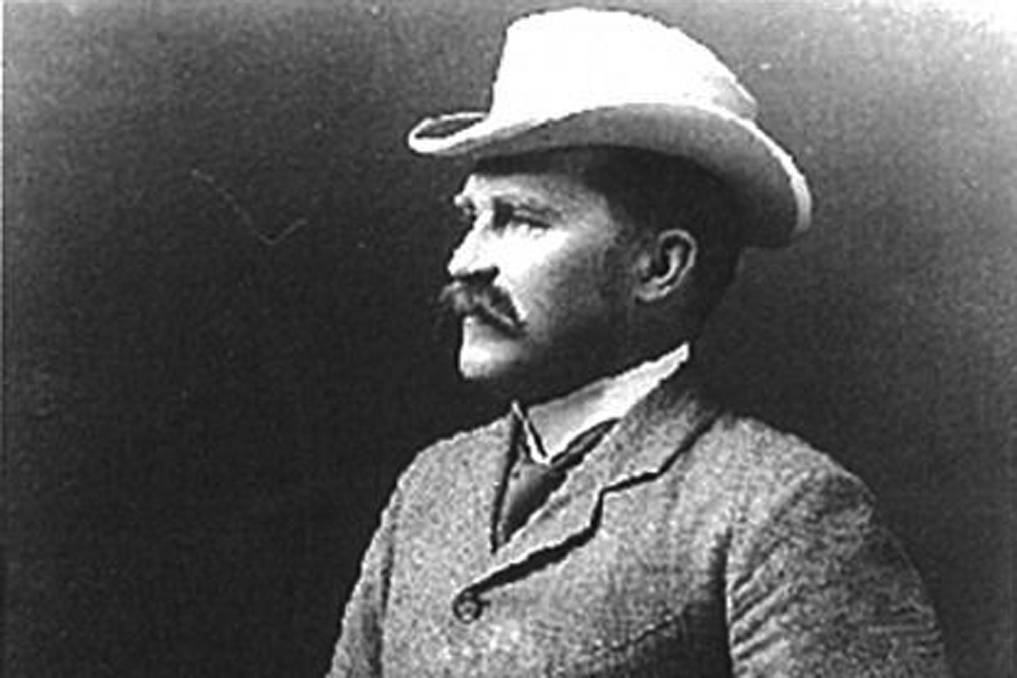 WHEN Leppington Pastoral Company took possession of the “Lake Cowal” property adjoining its Billabong Station at Marsden earlier this month, history to some degree repeated itself.

WHEN Leppington Pastoral Company took possession of the “Lake Cowal” property adjoining its Billabong Station at Marsden earlier this month, history to some degree repeated itself.

It was precisely 80 years ago that an earlier resident of Billabong Station had crossed the Bland Creek that forms the boundary between the two properties to make a new home on “Lake Cowal”.

That earlier 1934 migrant was Herbert (“Bert”) Dent, who had managed “Billabong” since 1924 for the Ricketson and (later) Sanderson families before taking the plunge and setting up on his own.

Dent, whose father, George, had previously managed “Billabong” since 1903, was just one in a succession of distinguished owners who have held “Lake Cowal” since it started life as a squatting run in the 1830s.

Its latest owner, Leppington Pastoral Company, is the Perich family’s large-scale dairying business based at Bringelly on Sydney’s south-western fringe.

Leppington had previously bought the 10,600-hectare Billabong Station in 1980 primarily as a fodder factory for its 2000-cow dairy.

The latest purchase of the 1500ha “Lake Cowal” from its Duff family owners of just over 50 years, will allow for an expansion of the existing enterprise.

As its name suggests, “Lake Cowal” has a frontage to the eponymous lake – the largest freshwater lake in NSW – which occupies when full more than 13,000ha of low-lying country north-west of Marsden.

The lake receives most of its irregular inflows from the Bland Creek, which drains a large area of the South West Slopes and enters the lake at its southern extremity, flanked by the “Lake Cowal” property.

For most of its settled history, the lake was known chiefly for its pastoral, fishing, shooting and boating attributes, but these days its name is mainly heard in connection with Barrick Gold’s Lake Cowal mine.

Developed in 2005 on land abutting the south-western shore of the lake, the open-cut mine is today a vital cog in the economy of nearby West Wyalong, home base of most of its 350-odd workers.

The property “Lake Cowal”, which faces the mine across the lake, is the homestead portion of the former Lake Cowal Station, one of two stations so named which once occupied most of the lake’s southern shores.

Together they covered nearly 80,000ha (much of it subject to inundation), before resumptions and subdivisions for closer settlement began paring back the areas.

Records held by the Duff family indicate the eastern Lake Cowal Station was settled in the 1840s by William Atkins, who died in 1865 and is buried on “Lake Cowal”, along with his son and stepson.

Other records show the country as having been held earlier still by William Hovell, the explorer who, with Hamilton Hume, had pioneered a route across the Murray River from Goulburn to Port Philip in 1824-25.

The present homestead, with its distinctive triple-gable roof section, is thought to date from the Atkins era, although like most original station homesteads, it has undergone many subsequent additions and alterations.

In 1877 the property that would become the eastern Lake Cowal Station was put up for auction by the Atkins family as two adjoining properties then known as “Cowal” and “Cowal North”.

Totalling in area “about 32,000 acres” (12,800ha), the properties – described as “the very pick of the Bland District” – were offered with 1400 head of cattle, and an assurance that the country would immediately accommodate 10,000 sheep, in addition to the stock on hand.

This, then, was the attractive package that was snapped up by the progressive, self-made pastoralist John Bloyd Donkin, to become Lake Cowal Station (or “Donkin’s Lake Cowal”) and a local talking-point.

Within weeks of taking possession, Donkin had 1700 store cattle on the road headed for his new estate, although by 1900 the property was oriented towards woolgrowing, and carrying 27,000 sheep.

The English-born son of a clergyman, Donkin had arrived in Sydney at age 4 and after leaving school became a surveyor, which landed him a government job as assistant district surveyor at Bathurst.

He made his first move into pastoralism buying “Numbey Downs” at Harden, soon afterwards leaving that behind when the opportunity arose to take over the more substantial Lake Cowal properties.

A mover and shaker of his times, Donkin was rarely out of the news throughout the 40-odd years he held “Lake Cowal”, which ended with his death in 1920.

He was a member of government boards advising on livestock and meat industry issues, a crusader for country killing and improved livestock handling practice, and a globe-trotting advocate for frozen NSW meat.

Wearing another hat, he sat on a royal commission on water conservation in the 1880s, travelling the length of the Darling River and also compiling a report on the feasibility of diverting Snowy River waters inland.

On his own property, he experimented with irrigation by putting in a scheme to water 400ha of lakeside country, and was one of the first in the district to own a motor car, or install a telephone.

He established a Merino stud on Boonoke foundations in 1888, and in that same year he became one of the first wave of graziers in NSW to install (across 16 stands) the new Wolseley shearing machines.

The “Lake Cowal” homestead was a local social hub as well as receiving its share of distinguished guests, including the NSW Governor, Sir Harry Rawson, who stayed there with his entourage in June 1906.

In later years Donkin lived in Sydney where he was a partner in a stock and station agency, an alderman on Woollahra Council, a founding member of the Warrigal Club and co-founder of the Sydney Lancers.

No less colourful, although of a different stamp, was the next owner of “Lake Cowal”, Sydney-based turf identity A.P. (“Paddy”) Wade, who bought the property from Donkin’s estate in 1925.

Wade had made his money from stock and property dealings, and his purchase of “Lake Cowal” was made possible by his prior sale of three adjoining Bland stations: “Morangarell”, “Curraburrama” and “East Bland”.

Earlier still he had owned “Ginninderra” in the ACT, and he later held “Borambola Park” at Wagga Wagga, where he kept Thoroughbreds.

Like other substantial station properties of its time, “Lake Cowal” in the 1920s – then carrying some 30,000 stud and commercial sheep – was a hive of human activity by present-day standards.

The manager lived in the homestead, served by a cook, housemaid and gardener, while in nearby quarters lived a bookkeeper and overseer, and further away the station workforce of stockmen and jackaroos.

All of this came to an end in 1929 when Wade, having dispersed the Merino stud the previous year, sold “Lake Cowal” to the NSW Government for closer settlement subdivision.

That resulted in the creation of 17 Settlement Purchase blocks of varying size, including the present “Lake Cowal” homestead portion which was bought in 1934 by the earlier-mentioned Bert Dent from “Billabong”.

Dent was a keen sheep man – he bred Merinos and also had a small Border Leicester stud – and was keenly sought after as a show judge, in which capacity he became widely known and respected in Merino circles.

It was after his death in 1961 that “Lake Cowal” came into the Duff family ownership which would endure for the next 50 years, ending only with the property’s recent sale to Leppington Pastoral Company.

J.J. (JIM) Duff, who bought “Lake Cowal” from the Dent estate in 1963, had come to West Wyalong as a surveyor in the 1930s, later becoming shire engineer before retiring in the early 1940s to pursue other goals.

He bought a tin mine at Kikoira and a small property at Kildary, south-west of West Wyalong; he also bought the West Wyalong flour mill, and in 1950, the “Koobah” property adjoining “Lake Cowal” (where he became one of the first to farm the heavy lakeside soils).

The mill business prospered until 1960, when he closed it down (for a cash payment).

Jim then sold the Kildary property – just in time to buy “Lake Cowal” when it came up for sale in 1963.

Jim ran “Lake Cowal” and “Koobah” as a joint family operation with his two sons, Graham and Tony, until they had both married, whereupon he and his wife Irene retired to Manly.

The boys continued to operate the properties in partnership until the late 1970s, when they went their separate ways, Tony taking “Lake Cowal”, and Graham “Koobah” (still held by his son John).

Tony’s wife Helen was a Low from Forbes – her forebears were among the original “blockies” from the break-up of the station, and Low family members (including Helen) still hold country fronting the lake.

Tony and Helen are pictured holding an early map from their collection showing Lake Cowal and its surrounding stations.

Under the various Duff ownerships, “Lake Cowal” has been managed predominantly as a grazing operation, carrying in earlier times up to 7500 Merinos and a Hereford breeding herd, however, some bumper crops have also been grown on moisture left deep in the soil by the receding lake, which at full capacity inundates about 320ha of the property.

Now about two-thirds full, the lake has only dried up four times in Tony Duff’s memory.

The Bland Creek, which provides most of the inflow to the lake, has also dried up on occasions, but in most years can be relied on to “come down” with a good body of water.

A weir across the creek near its entry point to the lake backs up the creek throughout “Lake Cowal”, as far as Marsden village.

When a flood comes down, the water spills into the lake over the lower-level banks upstream of the weir, through “Billabong” and “Lake Cowal” country.

In really wet years the lake can also receive overflow water across country from the Lachlan River (which is higher in elevation than the lake) to the north.