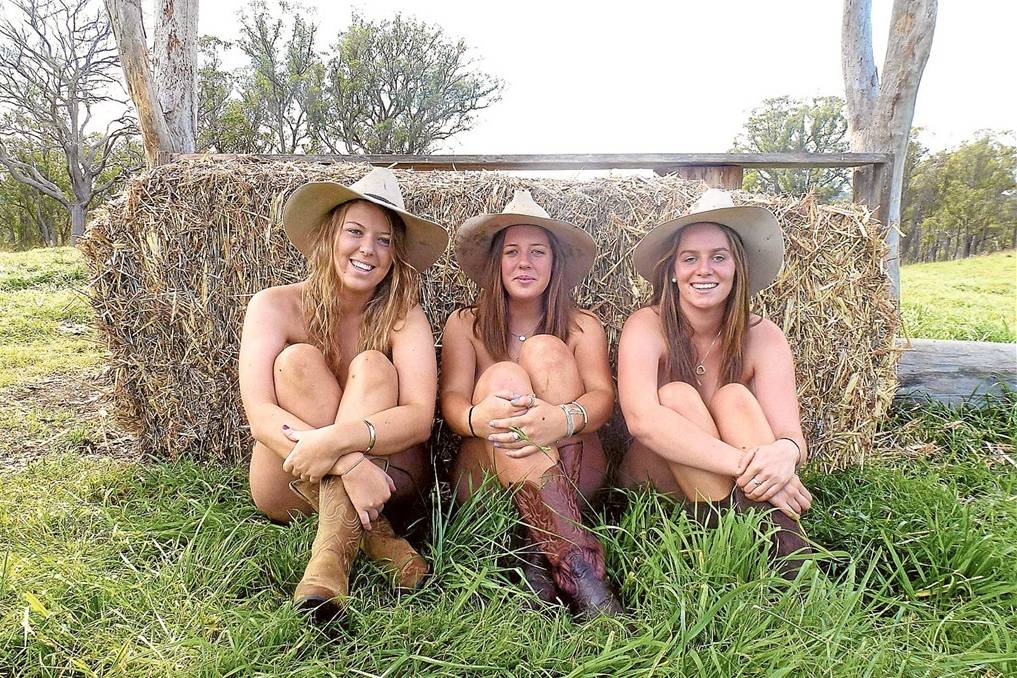 THERE was no Eagle Rock, but no songs were needed for Robb College students to drop their pants – and shirts – in the name of charity recently.

THERE was no Eagle Rock, but no songs were needed for Robb College students to drop their pants – and shirts – in the name of charity recently.

Members of the college at the University of New England have posed for their third nude calendar, this time raising money for Buy a Bale.

The charity, which supplies hay to drought-affected farmers, is the main cause benefiting from Robb College events this year.

“At Robb most people come from a rural background so it’s an important charity for us all,” charity committee member Ellie Faulkner, from Bowral, said.

“It’s the third calendar we’ve done and most of the college gets involved.”

The 2015 calendar is based on a rural theme with many students jumping forward to become involved with its creation, whether it be taking photos, editing, offering their properties as backdrops or being in the photos.

The calendar features students in a range of poses on farms in the Walcha area, using hats, hay bales, hessian and even sheep to maintain their modesty.

“Everybody had a ball shooting, but when it’s cold the boys aren’t really that keen,” Ms Faulkner said.

“By the end of it you don’t care who sees your body at the end of the day.

“It’s a good laugh and because it’s for charity everybody has a go.”

Robb’s next charity appeal will see students dress in overalls for a full week in trimester two.

The college has already raised $9000 for the cause with a moonlight cinema, a raffle, barbecues and an auction of calendar photos at the annual parent-student ball.

The nude calendars cost $25 and can be purchased at www.buyabale.com.au