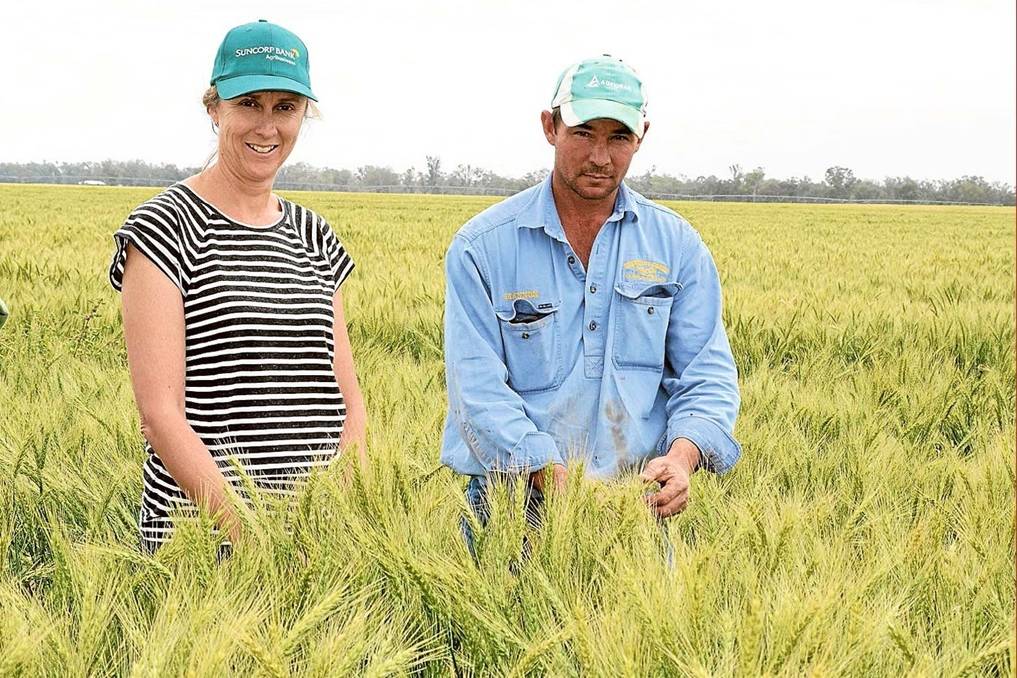 A BIG canola year was expected at Narramine Station, Narromine, as canola was the rotation crop this year.

A BIG canola year was expected at Narramine Station, Narromine, as canola was the rotation crop this year.

However, seasonal conditions and moisture availability dictated minimum-till at sowing, so the decision was made to dry-sow 1185 hectares of wheat due to the lack of a moisture profile during the canola window.

Nonetheless, the wheat was well grown and survived the dry spell.

Since September it has received 50.5 millimetres of rain, helping it to finish with a yield of more than six tonnes a hectare, according to the judge of the 2013 Suncorp Bank/Agricultural Societies Council Dryland Field Wheat Competition, Paul Parker, Young.

Taking into account the whole spectrum of crop management, the 31ha crop of Gregory took out the northern region final.

The paddock was sown on May 16 after coming out of a long fallow.

This was followed by an opportunity crop of cotton after harvest in 2010, as the water was available, she said.

Wheat followed in 2011 and instead of a pigeon pea crop, the paddock was fallowed in 2012 and worked with offset gear and grader-boarded in spring.

Stubble was left to break down and there were two Roundup sprays at 11/2 litres a hectare in December and March.

The paddock received three millimetres of rain in April and 19mm three days after sowing.

Dressed Gregory seed was sown in rows of 30 centimetre spacings at a rate of 40 kilograms a hectare with 75kg/ha of monoammonium phosphate, into the sandy, silky clay loam soil paddock.

A total of 39mm of rain was received in June and urea was top-dressed at 100kg/ha just before 31mm of rain in July.

Following a ryegrass and black oat weed program, Sakura was surface sprayed on May 21.

In July the crop was sprayed with Ally, MCPA LVE and Lontrel as a mix.

Mrs Browning said she forward sold grain throughout the year, but the bulk was delivered in town to Agrigrain, depending on grade.

Gregory is the main wheat variety grown on Narramine Station, however, Suntop and Spitfire are growing in acreage.

Lancer, a new variety, was growing as a seed increase for Agrigrain this year as well.

“We like to keep our eyes on varieties, but Gregory will definitely stay our main crop,” she said.

“It’s not a good protein maker, but we tend to go more towards the yield than protein – there is more money in yield these days.”

The decision not to spray for stripe rust paid off this year.

Mr Parker said while he did find a little bit of leaf death within the crop, plants had fought off the disease naturally.

Mr Parker said it was a very good yielding crop.

“In the heaviest of places it’s fantastic, but it does come back and even out,” he said.