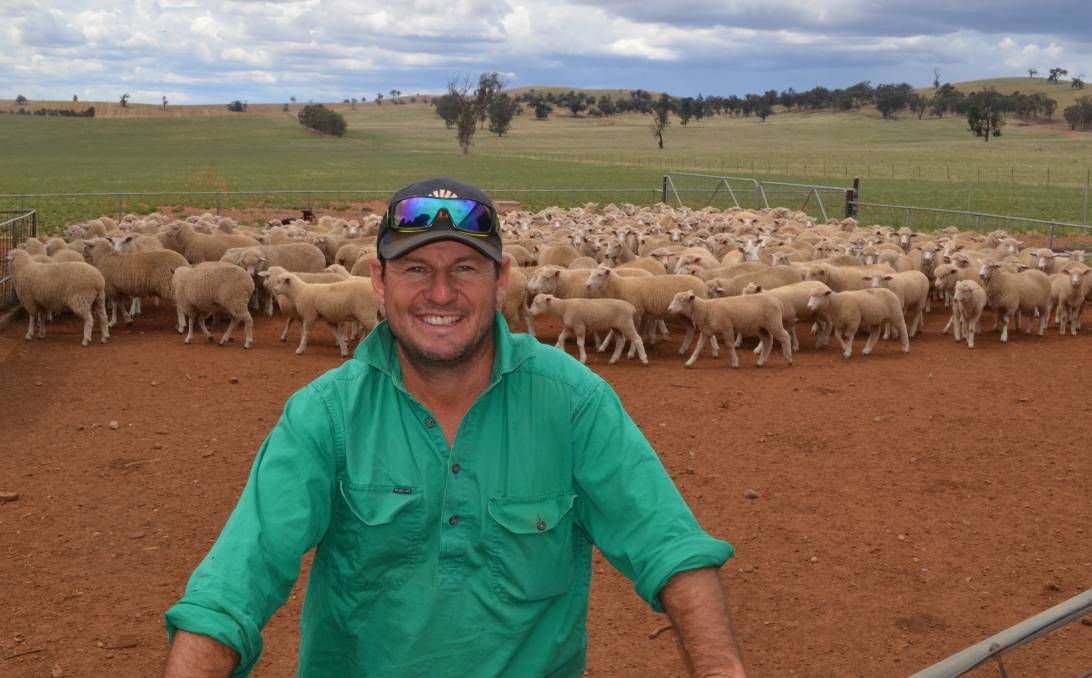 Farmers take advantage of recent rain and start preparation for the coming season.

So it was not surprising Mr Sevil was ecstatic about measuring 84 millimetres rain during the recent rainfall event across the northwest of the state.

“And especially as I only recorded 300mm last year, this rain is most welcome.”

A conservative stocker, Mr Sevil said he was able to maintain breeding numbers by feeding through the extended dry period, but did not plant a winter crop last season.

“I kept my sheep and cattle through luck and little falls of rain throughout the year which caused some pasture growth, but planting was not an option,” he said.

“I also sold stock earlier than I would have normally because of the dry.”

In direct comparison, the current seasonal outlook has given Mr Sevil hope, even though he has sold his wether weaners earlier than he would have normally.

“I was starting to look at full scale feeding, but will now be able hold off,” he said.

“My ewes will be in good condition for their autumn joining, and our winter cropping program looks positive.”

Mr Sevil said he is “far more confident now for the next four or five months” after this rain.

“But we will always want followup rain,” he cautions.

He will have surplus sheep to sell off-shears in May and is happy with the strength in stock prices.

“My sheep will be sold into a pretty good market,” Mr Sevil said.

Similar sentiments were expressed by James Male on his farm “Folligen Park”, between Yerong Creek and Mangoplah.

“We make the most of every rainfall event, either as stored soil moisture for cropping programs, freshen our lucerne pastures or runoff into our dams,” he said.

Mr Male said he also enjoyed the cooler weather following the rain event, and added it was good for the garden.

“It will grow a few weeds, but we are pretty well on top of them, so the rain doesn't cause too many problems for us, and at least it settles the dust for a while,” he said.

Mr Male was shearing his cross-bred lambs which he will finish on grain or lucerne pastures, growing them out to heavy export weights over the next three months.

“There hasn’t been any issues with flystrike, and the lambs are doing well on the green pick coming through the crop stubble.”

Mr Male is confident lamb prices will hold due to demand for well finished stock.