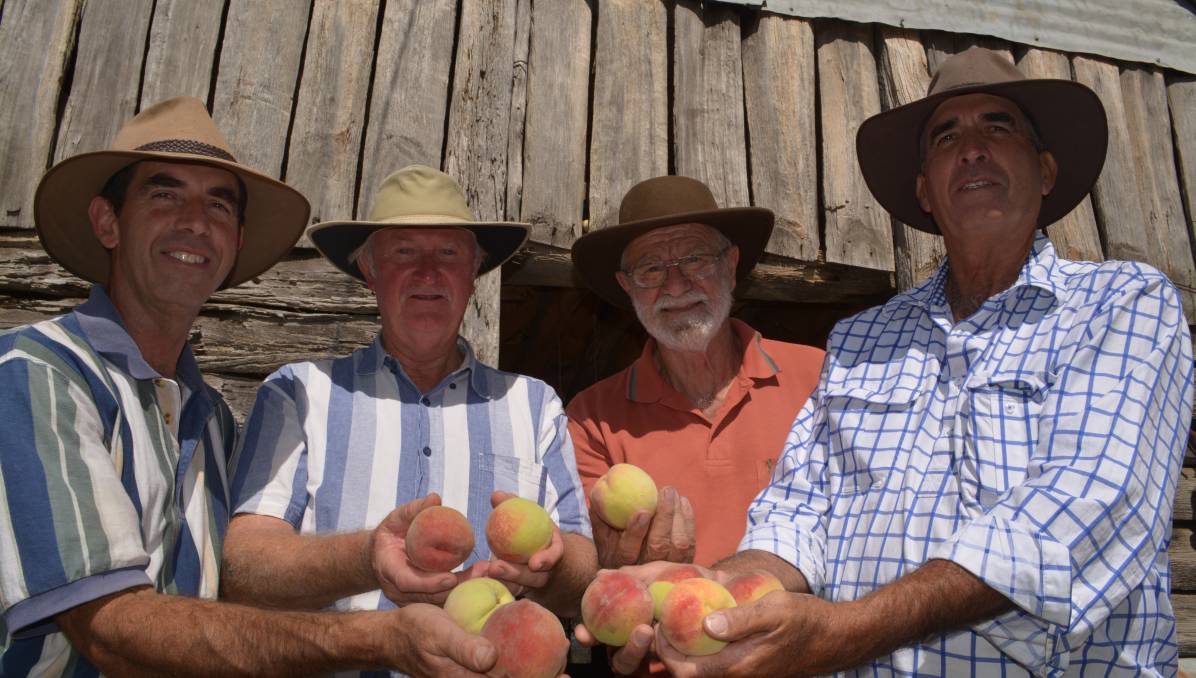 The Fragar peach, a decades old, juicy, white-fleshed, clingstone delicacy, is seeing a comeback, but its very existence is due to one family's interest in fruit - the Fragar family from The Lagoon.

AS A storm rolls overhead, rain thunders down around the historic homestead, but it doesn’t interrupt the flow of conversation in its rooms.

The rambling old house sits quietly, corralled by sheds and old machinery, at “Garthowen” near the backwaters of the Ben Chifley Dam at The Lagoon, and it is a hive of activity as the Fragar family meets to talk of old times.

At the centre of the branching conversations, and the table, is the Fragar peach, and this fruit is literally the seed from which this sprawling and proud family has grown.

The Fragar peach, a juicy, white-fleshed, clingstone delicacy, is now commercially grown and is seeing a comeback as consumers demand produce fresh from the grower’s tree rather than a supermarket shelf.

The story of the Fragar peach begins when Frank Fragar, who was born in Penrith in 1887, decided to move west to near Bathurst with his wife Hilda and four children because one of their sons was suffering from asthma.

The Fragar family was prominent in the Penrith and Orchard Hills areas, and was known for several business ventures including a dairy, poultry and, most famously, a bus service.

Frank worked as a builder and on the railway, while the family also grew fruit, including peaches, nectarines and apricots, and table grapes in the Orchard Hills area.

Frank was the third generation of Fragars in Australia, after his grandfather Antonio came to Australia from the Azores islands in the Atlantic Ocean at the age of 20.

Frank’s trip over the mountains to Bathurst in 1929 took three days.

The family brought their old Dodge car and loaded all their belongings, as well as materials for building, onto a horse and cart, with an extra horse in tow.

They spent a night at Katoomba and a night at Tarana before arriving at their new home.

At this stage there was no Ben Chifley Dam near Bathurst, but their newly-bought 485-hectare property “Garthowen” sat on the shoulders of the Campbells River.

Frank grew fine wool Merinos, though according to his family, he ran more rabbits than anything.

He had an old horse called Bonny, who he apparently rode everywhere, whether it was to muster, chip weeds or even to head down to the outside toilet.

The original homestead was pise, but Frank added rooms around it and made improvements, including making constant extensions to a stubborn chimney that refused to draw.

Frank grew vegetables, but his love for fruit survived the trip over the mountains, and he began an orchard near the house to provide fruit for their table.

It ended up including about 60 trees, brimming with flourishing peaches, nectarines, plums, pears, apples, apricots, cherries, mulberries and quinces.

“He was a natural experimenter.”

“If he liked a peach, he would put the seed aside and then grow it,” he said. 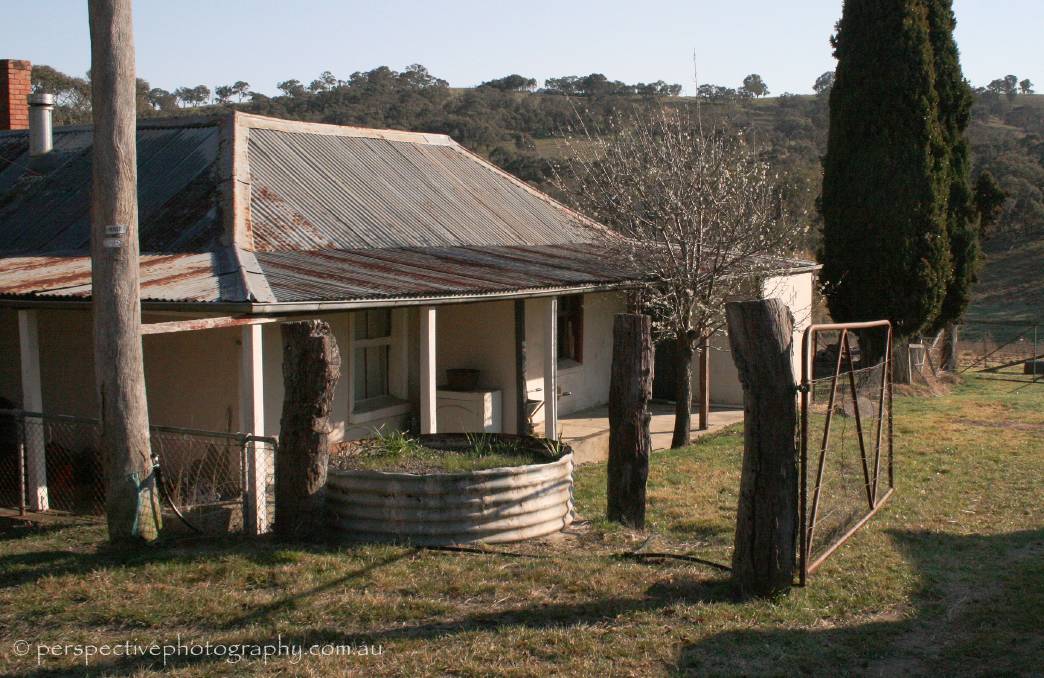 Alan said one day, sometime around the late 1930s, a seedling grew that Frank did not recognise.

His son Lyn took two of the peaches to the Agriculture Department in Bathurst to be identified.

As it turned out, with his simple experimenting, Frank had developed a brand new variety.

It was named the “Fragar Special”, which later became known as the Fragar peach.

A staff member from the Agriculture Department visited to get wood from the peach tree for grafting so it could be grown commercially.

The Fragar peach quickly became a favourite, loved for its juiciness and flavour.

“It’s the kind of peach you need to eat with a knife and sit in the bath,” Frank’s great-nephew Max Fragar said.

Despite the peach’s success, Frank carried on running his farm, and only ever grew four of the Fragar peach trees he had created.

He also developed a new variety of green peach, but it wasn’t popular because of its colour.

Frank and Hilda eventually moved to Katoomba due to poor health, and Frank died in 1973.

Three years after his death, his family received a letter from the National Horticulture Research Centre in France requesting some bud sticks from his tree for research and study, which were duly sent.

Sadly, Frank’s old peach trees died in drought, but the peach had already found its way across the state. 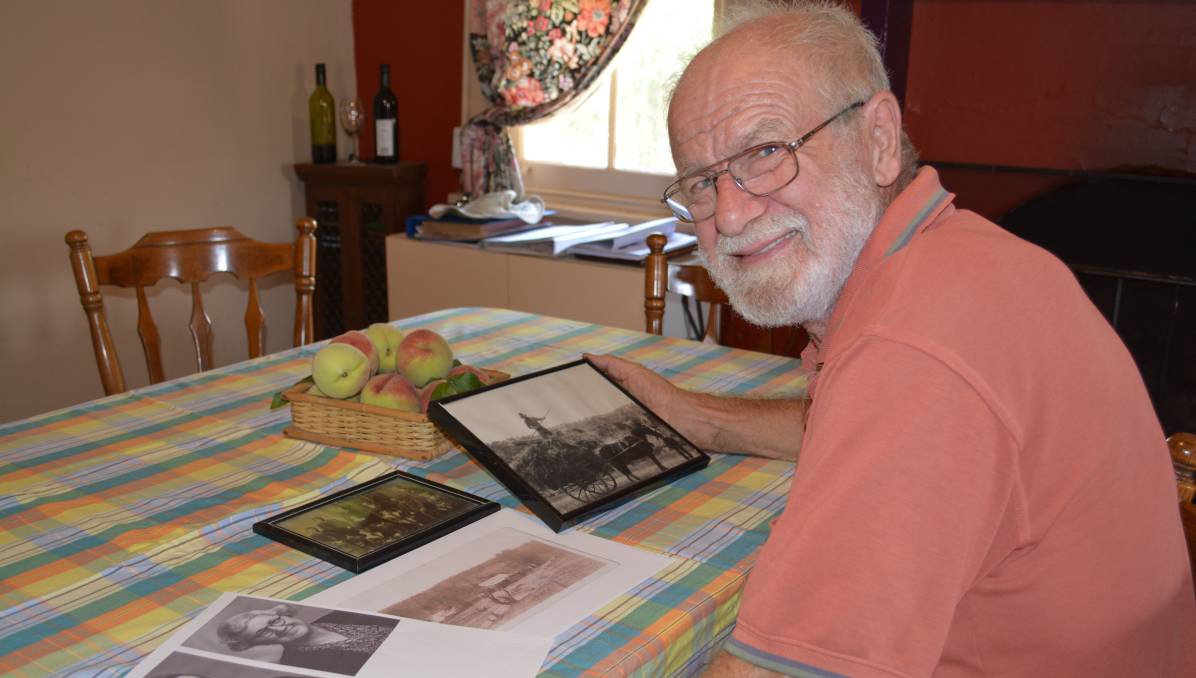 Alan Fragar with historic family photos, including a photo of his grandfather Frank, who developed the Fragar peach.

Max said the recent world-wide trend of buying direct from the grower was perfect for the Fragar peach, which was experiencing a big boost.

“This is a peach that is best picked from the orchard and eaten,” he said.

“People are seeking out original varieties.

“It needs to be bought fresh from the grower, not a supermarket where it has gone through three middle men.”

After Frank’s death, “Garthowen” passed to his son Neville, who then sold it to the McPhee family.

Today it is run full-time by brothers, and Frank’s great-nephews, Colin and Rodney, who are Merino growers.

It is a welcoming home which Fragars from across the state often visit.

They make the journey down the dirt track to talk and eat just metres from where Frank first created his wonderful peach that grew this proud family.