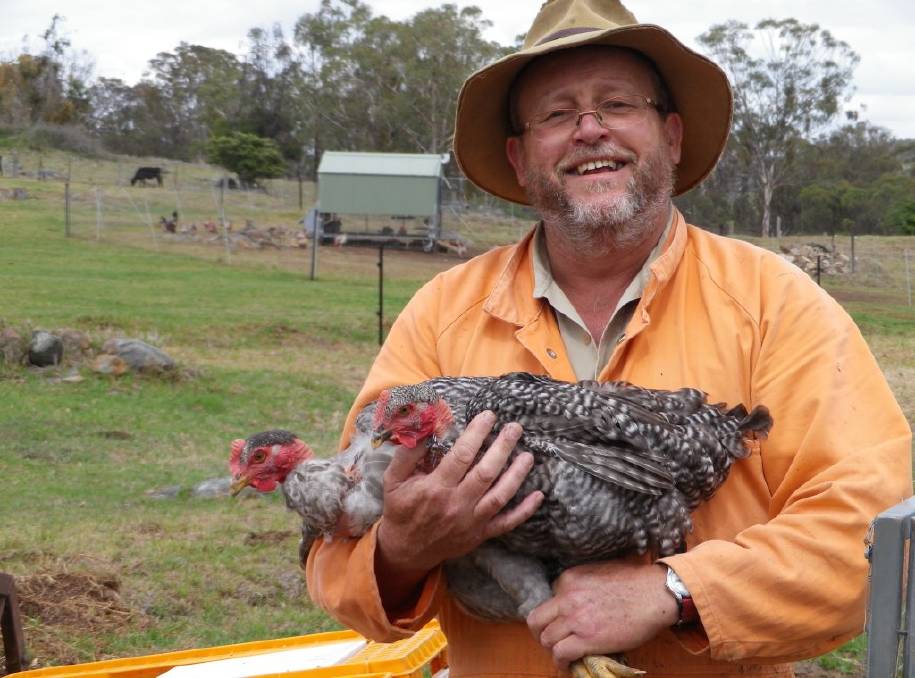 Michael Sommerlad has been on the rural scene since he was a child, with an encouraging father who had an extensive farming background.

MICHAEL Sommerlad has been on the rural scene since he was a child, with an encouraging father who had an extensive farming background.

Growing up on a property, Mr Sommerlad always had interaction with farming animals but it was the poultry industry that took his interest from the young age of 11.

After countless years, plenty of mistakes and having a go at any professional experience he could, Mr Sommerlad, with his wife Kathryn, established Sommerlad Poultry, a successful heritage breed chicken farm.

The Sommerlads live on their property, “Kildare”, Tenterfield, NSW, where they’re breeding and supplying chickens of heritage breed, which they developed themselves through careful genetic selection, to their authorised farmers.

The authorised farmers, who currently absorb the entire Sommerlad’s chicken supply, then distribute the table birds to local communities across the state.

After quite a few years in the conventional poultry industry, Mr Sommerlad said he was quick to realise the genetics in chickens was all wrong for a free-range production.

“Over the past 60 years, companies devoted resources to fine-tuning birds for a specific production environment,” he said.

“Layers (egg-laying hens) were bred to produce an increased amount of eggs with a minimum amount of feed.”

Broilers (meat chickens) were selectively bred to produce an increased amount of meat with a minimum amount of feed.

This selective breeding has led to the development of meat chickens that grow at a phenomenal rate, often times resulting in physiological disorders such as leg problems and sudden deaths from pulmonary failure (heart attacks).

When these purpose-bred birds are exposed to pastured production environments these issues are exacerbated, so the Sommerlads decided to “bite the bullet” and take genetic change into their own hands.

“We wanted to start breeding birds that could overcome these problems of welfare,” Mr Sommerlad said.

The Sommerlad birds are bred to flourish under these conditions.

The Sommerlads have ensured they bred heritage chickens that are able to freely forage and handle grass grazing, which also improves their Omega 3 levels significantly.

Mr and Mrs Sommerlad said they had to apply an element of objective analysis when selecting their chickens, as well as the science of genetics.

“Rather than relying on statistical data in isolation, selecting our birds also relies on us looking at the animal and judging it on its feet or how it would look on the hook,” Mr Sommerlad said.

The main criteria for their objective analysis relies on looking at the “heat, meat and feet” of the chicken.

Mr Sommerlad said it was important the birds could cope with the hot Australian climate.

They also have to have an acceptable carcase and the ability to move freely for their entire life.

“We need them to be able to forage and utilise the outdoor environment,” he said.

In the future, Mr and Mrs Sommerlad aim to produce about 5000 birds weekly to consumers.

Currently, they supply only to carefully selected heritage farmers who care as much about animal welfare and sustainable agriculture as they do.

“We want to continue to power these regional farming families and at the same time improve the viability of their properties,” Mrs Sommerlad said.