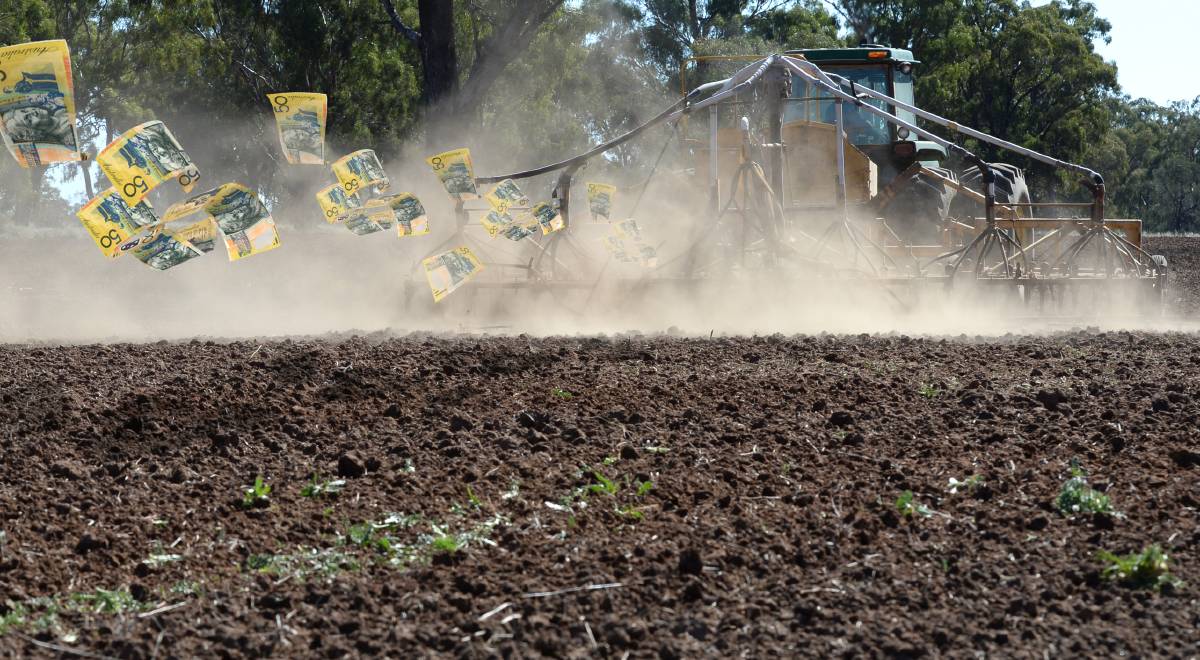 We need recognition of soil as one of the two core assets for agriculture: Soil scientist Andrea Koch.

A narrow approach to soil has limited farm productivity.

AUSTRALIA’S approach to soil must dig deeper if our agriculture sector is to keep pace with its competitors.

Government policy has for too long taken a narrow focus on soil, prioritising funding for research aimed at enhancing environmental outcomes, as opposed to research that delivers productivity gains.

“Improving the condition of your soil boosts its ability to hold water and its plant growth performance,” she said.

Conservation and productivity aims can be complimentary, Ms Koch said.

“The uptake of no till farming led to a continental-scale reduction in soil erosion. The work has been done on the ground, but it hasn’t been supported by research.”

Ms Koch said a soil portfolio should be created within the federal Agriculture Department, she said.

“We need recognition of soil as one of the two core assets for agriculture.”

Metagenomics, a new method that can analyse the communities of micro-organisms in an environment such as soil, offers untold potential.

Essentially, scientists are developing techniques to survey the dense communities of micro-organisms in a particular environment, such as water or soil.

“We already know a lot about soil, but there are some things we are just on the tip of knowing,” Ms Koch explained.

“We know a teaspoon of soil holds billions of organisms – but we don’t actually know what that means.

“That teaspoon holds an incredible ecosystem and if we can learn how that works we can learn how all those organisms interact with a plant to increase growth rates, water efficiency or nutrient uptake.”

Ms Koch said funding criteria that dictates which projects get the research dollars consider soil to be a natural resource, so projects to boost productivity miss out.

The past year saw global soil initiatives which reflected the Australian paradigm.

The Paris climate agreement included the “4/1000” pact, signed by 25 countries – a voluntary pledge to reach a 0.4 per cent annual growth rate in soil carbon content (for Australia, this means sequestering about 0.22 tonnes of carbon a hectare). Another welcome 2015 initiative was International Year of Soils, which fostered awareness of soils’ role in food production.

Similarly, the Gillard government’s carbon-tax and climate change policy is a prime example. It packed a $1.7 billion land management package, which included $60 million to research on soil carbon. 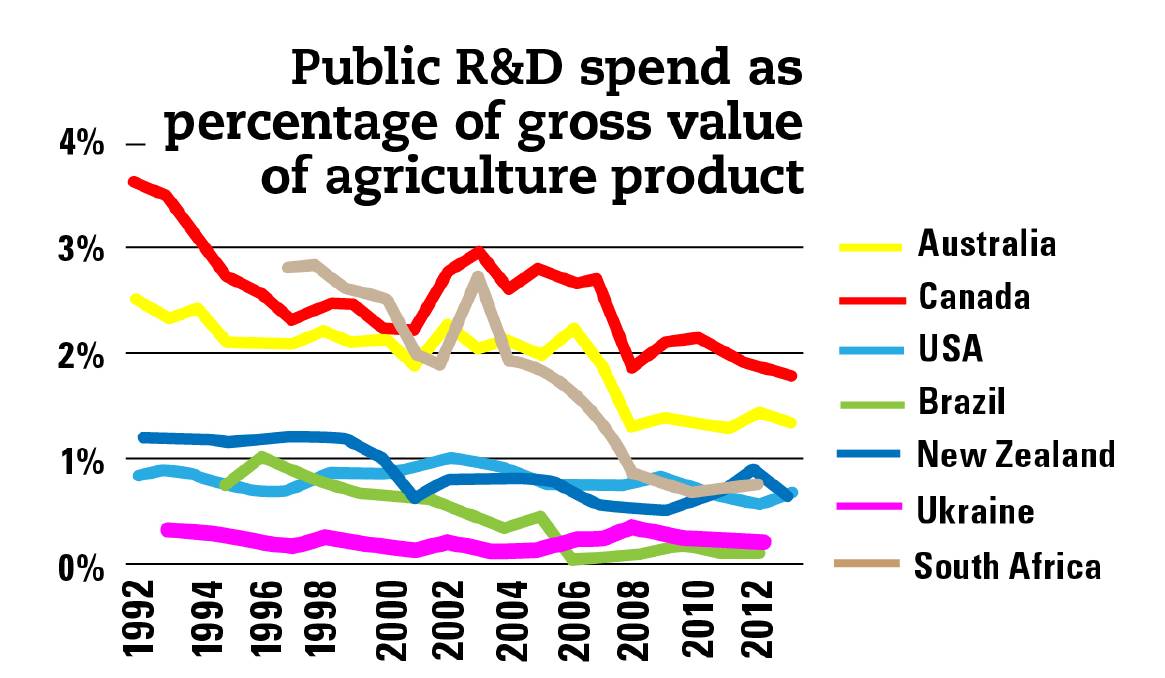 Declining agricultural R&D investment in the past two decades suggest a significant improvement in productivity for Australia is unlikely during the next decade: Australian Farm Institute.

“It was a great boost to the soil science community, but the goal for that research when you made an application for funding didn’t make productivity a requirement,” Ms Koch said.

She also pointed out a recent hearing of a House of Representatives Agricultural Innovation inquiry that private funding is unfortunately unlikely to supplant public funds.

“There is no BHP for soil research,” she said.

Committee member, Independent MP for Indi, Victoria, Cathy McGowan, has a background in farming and in Rural Development Corporations, said the inquiry heard “innovation is needed if our agriculture is to compete with the world”.

She hoped the committee’s report could help to develop more productive ways for industry and government to drive soil productivity research.

“The government put up $100m at the last election for research and development partnerships, and that will be ongoing,” she said.

“We could make a case for this research, but it has got to be lead by industry. Politicians don’t have the knowledge to deliver the market change we need.”