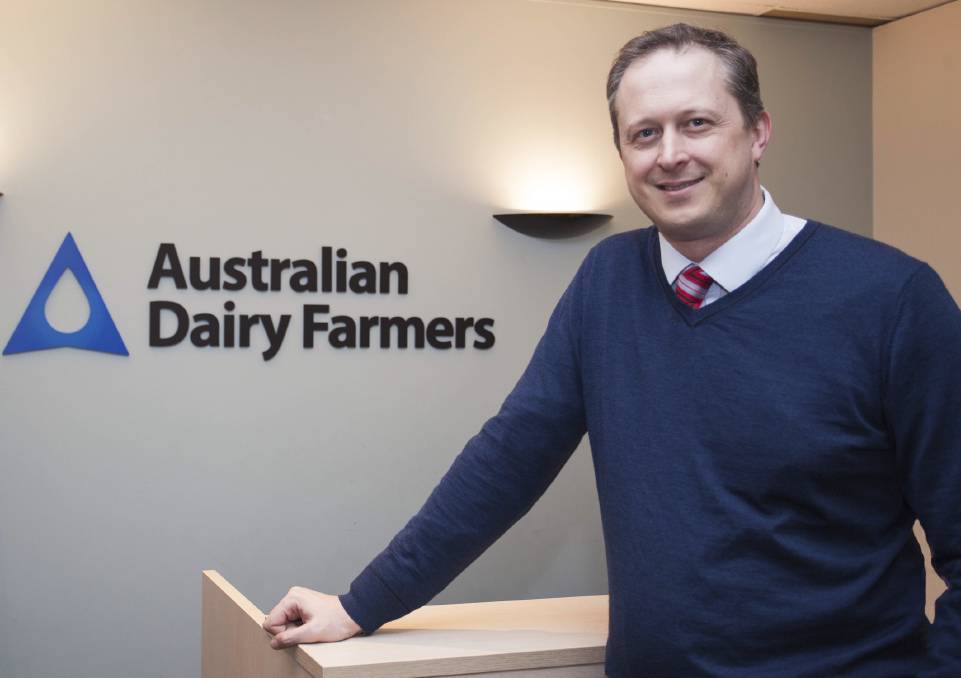 Australian Dairy Farmers CEO Ben Stapley working to back dairy farmers with long-term support measures, at a time of need.

Mr Stapley said the support package announced by the federal government with $555 million in dairy-specific concessional loans and other measures was a “really good starting point”.

He said it contained positive short-term measures to help dairy farmers make many sound business decisions needed to carry them through the interim period of the “really difficult circumstances that we recognise”.

“Together as an industry we’re going to continue to work with all sides of parliament to make sure that the package that is there to support farmers is the best package available,” he said.

Asked when the crisis would be over, Mr Stapley said it would be “nice to have a crystal ball” but with many aspects still to play out, he couldn’t say when.

But he said dairy farmers needed to see earlier and clearer announcements by all milk processors on what their opening price would be for 2016-17 to help relieve tensions caused after late season profit downgrades to farm gate milk prices were first announced by Murray Goulburn in late April.

“That will give us a better indication about how farmers can make decisions and what they need to do over the next period of time, to manage their businesses,” he said.

“It depends on the processors but we’d be encouraging them to do it as soon as possible.”

The Coalition’s dairy support package included a $2 million commitment to increase milk pricing transparency with a pricing index similar to the one used in NZ.

Mr Stapley said the proposed pricing index could deliver a broader, earlier and clearer price signal for farmers but he doubted it would be a comprehensive, long-term solution that could prevent a repeat of the current crisis.

“In terms of balancing the risk between processors and their suppliers there are probably other measures likely to be more effective in giving clearer and earlier price signals.

“The market price risk along the supply chain needs to be really balanced between the retailers, and the processors and the farmers so we do need a mechanism to address this imbalance but we probably need to work with Australian Competition and Consumer Commission on how it can be done effectively.”

Mr Stapley said ultimately Australia was a dairy exporting country and there would be some “real challenges” to ensure the crisis wasn’t repeated.

But he said ADF was looking at appropriate longer-term responses for dairy farmers and ways to “smooth out” some of the existing market volatility.

“Some of the competition measures we’ve managed to achieve over recent months, we think puts greater competitiveness in the market and will mean there’s more opportunity for higher prices to be paid to farmers at the farm gate,” he said.

“The suddenness with which these farmers had their profitability pulled out from under them should also prompt a rethink about the protections available to small agricultural producers doing business with huge firms,” he said.

“We must ensure a crisis like this does not happen again.

“The government should join Labor in committing to review the use of 'claw-back' provisions in agricultural commodity contracts and how limiting or restricting their use could improve price transparency for farmers.”

Independent Victorian Senator John Madigan urged the government to do more in response to the crisis and re-introduce a “free milk in schools” program.

“Australia is literally drowning in a national discount milk lake, while significant numbers of Australian children are known to be malnourished, literally not receiving enough calcium in their diets,” he said.