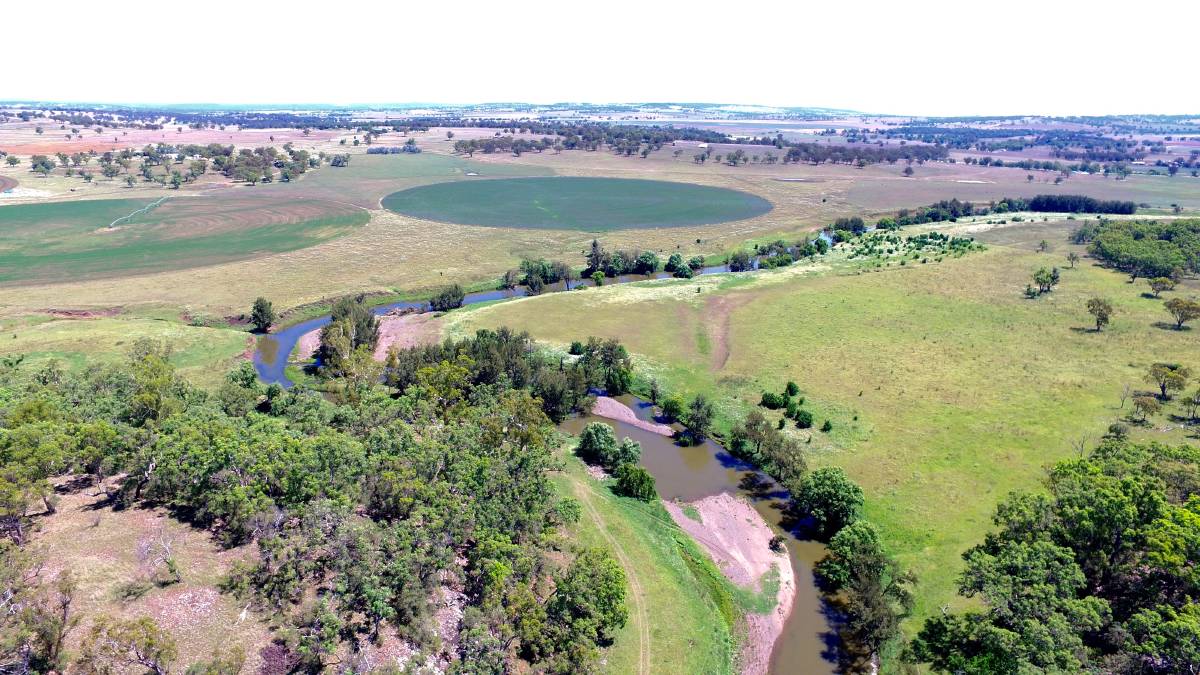 Fed by 10 kilometres of frontage to the McIntyre River, the pasture-rich property consists of gentle undulating rich chocolate and basalt soils and can support approximately 550 breeding cattle.

After 60 years of ownership the Mitchell family’s Arrawatta Station is going under the hammer.

AFTER 60 years of ownership the Mitchell family’s Arrawatta Station is going under the hammer.

The 1335 hectare (3,300 acre) property was taken up by sheep graziers Alan and Elizabeth Mitchell in 1950 and was later purchased by their youngest son Andrew and his wife Rosemary Mitchell.

Fed by 10 kilometres of frontage to the McIntyre River, the pasture-rich property consists of gentle undulating rich chocolate and basalt soils and can support approximately 550 breeding cattle.

Under Andrew’s ownership three 40 acre centre pivot irrigation systems were established to underpin a beef cattle enterprise but the property once supported an extensive dairy operation.

According to historian Elizabeth Wiedemann the dairy at Arrawatta Station was owned by Englishman Thomas Bowling. He purchased the property in 1903 and quickly set about developing an irrigation scheme. By 1907 nine individual dairy farms were in operation with silage transported to each by a light tramway.

In a few short years Mr Bowling’s business had escalated and a cheese factory was built on the place. For years he supplied local businesses with his award-winning cheese but ultimately the venture was a financial failure. Remnants of the factory remain on the property today.

Later, the property was leased to the government and served as a teaching ground for young British men to learn to farm. The men were trained under the Dreadnought scheme.

The original homestead on Arrawatta Station is in line with the property’s historic roots. Set in a large garden, the six-bedroom home features a formal dining/smoking room and a large kitchen with breezeway and maids room. There is a second home, too, which is a large weatherboard stucco with original (and renovated) shearers quarters attached.

The property consists of 30 paddocks each with excellent fencing and reliable water. Annual rainfall is 790 millimetres on top of a 452 megalitre river licence.

The Mitchell family have made regular use of the Inverell Regional Livestock Exchange which holds weekly cattle sales. The exchange also holds sheep sales fortnightly.

The property is being sold by Elders agents Annabelle Gleeson, Inverell, and Frank Spilsbury, Armidale.

Ms Gleeson said Arrawatta is considered one of the best cropping, stock fattening and breeding properties in the Inverell district.

“Properties of this quality are not often on the market,” she said.

“Arrawatta is an extremely profitable enterprise and with supering the performance and carrying capacity could be lifted significantly.”

She said the place had subdivision potential.

Rosemary Mitchell and her son James have managed the family property since Andrew Mitchell died in 2010. James and his wife Liv and their three children have since called Arrawatta home. Rosemary’s other children are named Douglas, Anthony and Olivia.