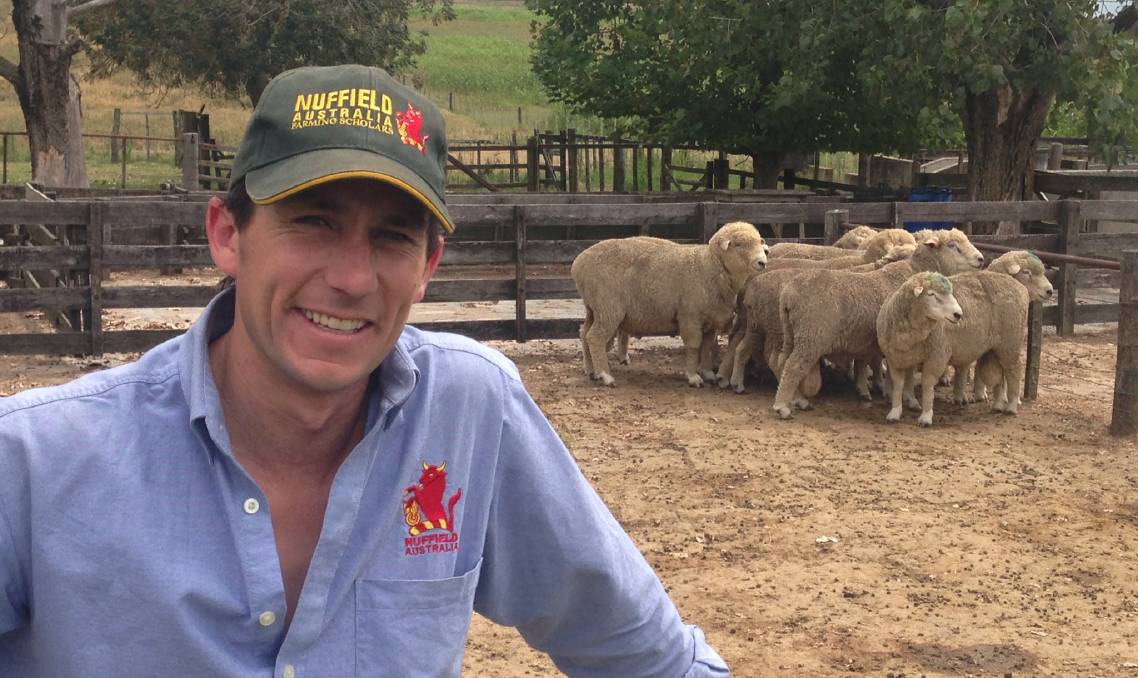 Tim Gubbins is a farm manager on a Victorian western districts property, with responsibility for a sheep flock consisting of 10,000 commercial ewes. Photo NUFFIELD AUSTRALIA.

2014 Nuffield Scholar Tim Gubbins believes the future of the sheep meat and wool industry could be brighter with a greater focus on reproductive potential.

The sheep meat and wool industry is Victoria's third largest agricultural industry by value, but 2014 Nuffield Scholar Tim Gubbins believes the future of this important industry could be even brighter with a greater focus on reproductive potential.

The Darlington farm manager is responsible for a sheep flock consisting of 10,000 composite ewes.

The operation also includes a winter grazed area of approximately 2100 hectares, as well as an annual cropping program of about 600ha.

Lamb losses within operations he has overseen prompted him to look into how he could capture maximum reproductive potential in the stages of lamb conception through to weaning.

“Last year we conceived 10,000 embryos, and if we go really well we will potentially only lose 2,500 to 3,000 of them, which will cost our business between $50,000 and $80,000,” Mr Gubbins said. “This reveals an incredible amount of wastage not only in our business but nationally, where as many as 15 million lambs die each year, costing the industry about $56 million.”

Tim Gubbins’ Nuffield Scholarship, supported by Australian Wool Innovation Limited, allowed him to study the reproductive potential of sheep, with a focus on Merinos, from conception through to weaning.

His recently released report details his learnings from the two-year scholarship, which included travel to New Zealand, the UK, Ireland and Uruguay.

Mr Gubbins said that during his travels, he found lamb losses a concern for farmers worldwide, not only from a production point of view, but also as a major animal welfare issue. “I found there were a number of global consistencies such as traditional markets, influential breed societies and abortion-causing diseases,” he said.

Mr Gubbins said the top 10 per cent of New Zealand dairy farmers use 90 per cent of their grass, representing the importance of pasture utilisation to livestock production.

“Pasture utilisation, along with other considerations such as achieving target birthweights, setting breeding values, pregnancy scanning and ensuring ewes are fit and not fat, are methods of maximising profitability within sheep production operations,” he said.

Nuffield Australia provides opportunities to Australian primary producers and managers to travel the globe investigating a research topic important to them and Australian agriculture.

Scholars are provided with a $30,000 bursary to embark on a 16-week program consisting of both group and individual travel over a two-year period.