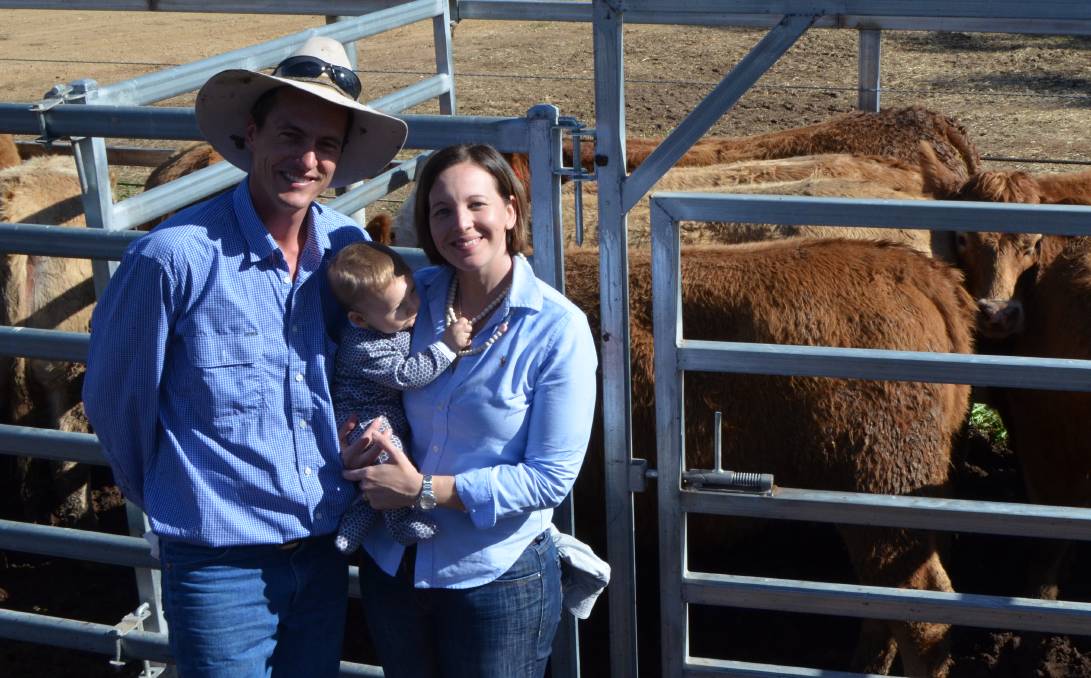 LAST week’s rally of carcase beef, no doubt boosted by America’s July 4 barbecue phenomenon, has put smiles back on the faces of lotfeeders, fidgety in the face of ever rising prices.

Michael MacCue, “Wilga”, Bellata, is taking the new financial reality in his stride, confident, if not comfortable, with the way his family traditionally navigates a volatile market.

There are reports that spot price feeder steers rallied 30 cents to 570c a kilogram (carcase weight) in the last week of June, with cull cows eclipsing the previous record of 495c/kg to top 530c/kg.

But Mr MacCue says the price rally means little to the profit side of his family business – which has been feeding steers for 25 years – with processors offering prices that reflect a whole host of parameters, all of which equate to similar margins back to the feeder over time.

For instance, if grain prices are low, which they are now, processors pare back their offering.

“Grain prices are relative,” Mr MacCue says. “Most processors have an interest in feedlots and they are well aware of what margins are required and what rations are being fed out and they try to price accordingly.”

“At the moment we are dealing with the same margins as before, but our cattle are worth more – instead of 1000 head worth $800,000 they are now closer to $1.5 million and we’re not pinching the business to make it work.”

Mr MacCue, who has a soft spot for Santa Gertrudis/Hereford says his arrangement with processors and his Coles’ buyer equates to a fair business proposition.

“We’re happy to work under Coles’ philosophy,” he said. “It’s all about swings and roundabouts. When it comes to long-term contracts you’ve got to be flexible. You can’t be picky and choosy.

“Exports are so good at the moment, but 10 years ago they were a disaster and we were thankful for a long-term domestic contract. At the moment it is great for everybody. We are dealing with unbelievable money while processors are dealing with their squeeze.

“Who would have thought feeder cattle would bring $1400 now?”

Mr MacCue said he had no idea where it would end up, but cited the price for US heifers at their peak of $3000 as the potential.

In the meantime, a bit of give and take with the supply chain is critical.

“We have a great relationship with Coles. If they are short we supply and if we’re short they source product from elsewhere. It goes both ways.”