A selection of news and views from the livestock markets. 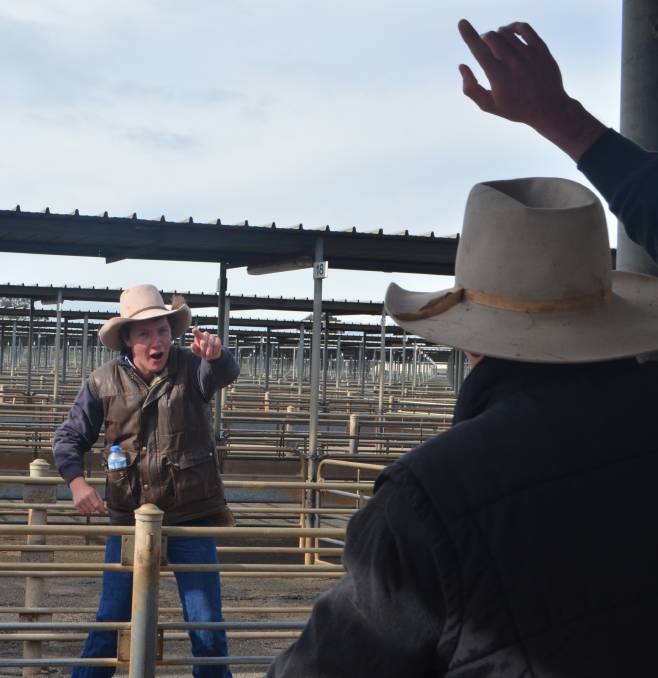 STOCK and station agents aged from 18 to their early 40s took time out last week to develop and fine tune their auctioneering skills in Wagga Wagga.

The school was run by Australian Livestock and Property Agents Association and its southern regional manager Liz Summerville said the spread of ages meant there was a big spread of experience.

Across the two days agents learnt about speech projection and clarity, public speaking, manner and presence when selling, and even breathing techniques.

“The agents do lots of practice selling everything from stud and store stock through to clearing sales,” Ms Summerville said. A few industry sessions with topics such as animal welfare and industry practice were also covered.

A FEW week’s ago we were all wondering if the lamb market had reached it’s traditional winter price peak.

While prices did soften slightly a week later, there is still some talk of lamb prices lifting again before spring.

“A resurgent Chinese demand is likely to keep overall lamb export volumes reasonably buoyant as we head into July/August, although there is the prospect of tighter winter lamb production limiting export flows,” Mr Dalgeish said.

The June lamb export volumes to China of 4498 tonnes (shipped weight) is the highest monthly figure recorded and represents a 74.6 per cent increase above the five-year average for June.

“Total Asian consignments of lamb appear likely to bottom out around the 5850t to 6000t region, boosted by volumes to China.

“Monthly mutton export volumes should find a base near 7000t before recovering into spring.”

Boil turns to simmer for EYCI

CATTLE prices have stabilised in the past week following a dramatic rise above 660 cents a kilogram (carcase weight) last week,

On Monday the Eastern Young Cattle Indicator (EYCI) had slipped to 657c/kg. Even so, this is still about 50c/kg higher than at the same time last month.

Supply trends in recent weeks have been hard to follow at prime sales. Some markets have yarded significantly few cattle from week to week due to wet weather, while other centres have recorded increases as producers attempt to cash in on the high price trends.

Either way the market is unlikely to settle down before spring, so cattle producers could be in for further price movements (both up and down) in the coming weeks.

News from the US

CARGILL Inc. will sell two US beef cattle feed yards at Bovina and Dalhart, Texas, to Amarillo-based Friona Industries for an undisclosed amount, Cargill said in a news release.

“Selling our feed yards in Texas allows us to redeploy many tens of millions of dollars annually into investments that will help us grow our protein business,” said John Keating, president of Cargill’s Wichita-based beef business.

THE market was firm to dearer for the large yarding of nearly 2200 head at Tamworth’s store sale last Friday.

Cows with calves sold to a top of $1800 for Angus cows and PTIC cows made up to $1040 for mixed age Angus/Shorthorn cows in calf to Angus bulls.