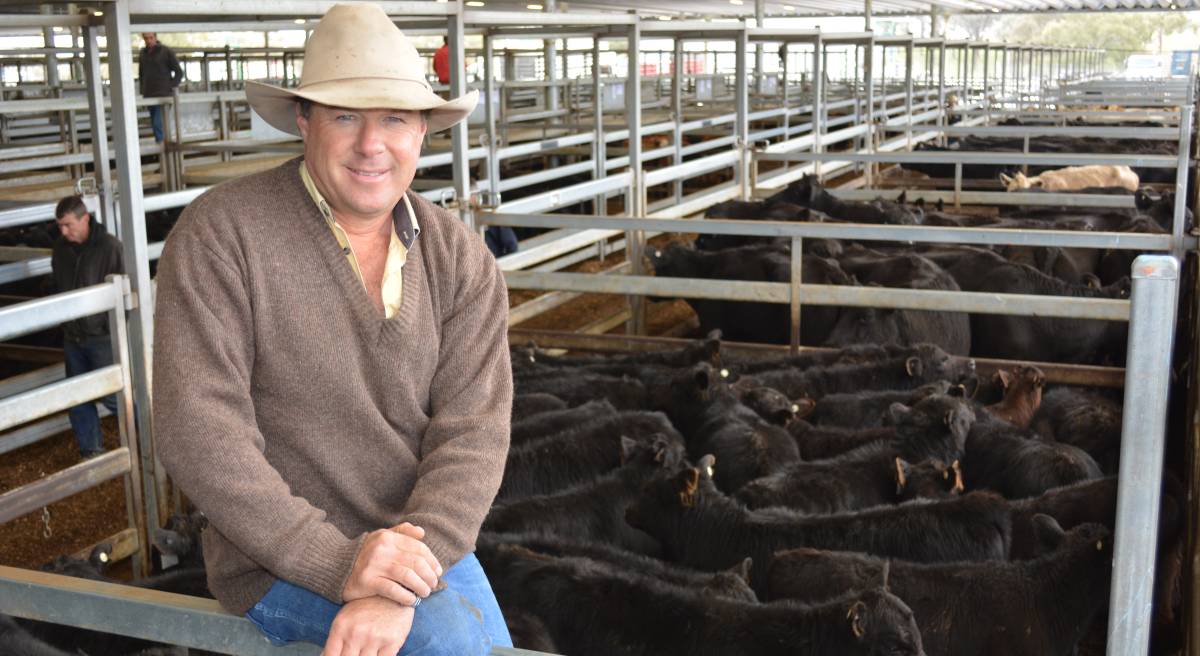 Cull and breeding cow supplies are tight and there’s little signs the situation will ease heading into spring.

CULL and breeding cow supplies are tight and there’s little signs the situation will ease heading into spring.

Early this week, cows sold at NSW prime sales averaged 243 cents a kilogram, which although this was slightly softer than the week before, was still much higher than at the same time last year.

Store stock have also been selling dearer and during the store cattle sale at Carcoar last Friday cows with calves sold to a top of $2250.  The cows with calves were sold by David and Julie Price, "Allonby", Blayney.

Cow prices, both in the store and prime market, have plenty of price upside according to Ray White Emms Mooney principal Ben Emms, Blayney.

Mr Emms said as we head into spring he expected the market to remain tight.

“That’s dependent of cause on the season, but at this stage it looks like people will be confident in the season with all the rain about at the moment,” he said.

“At the same time the overall cattle market seems to be solid at a new higher level.”

Cows sold over-the-hooks were also dearer again this week according to the NSW indicator report from Meat and Livestock Australia (MLA). The heavier lines from 300kg to 400kg (carcase weight) have averaged well over the 500c/kg (cwt) mark. For example cows in this weight range with three to 12 millimetres of fat averaged 520c/kg this week.

Meanwhile, the US cow beef market continues to power higher due to limited supplies.

Prices for most lean beef categories reported by Steiner Consulting Group in its weekly report for MLA were higher again this week – still being driven by limited volumes available in the US imported spot market.

The report said imported beef was getting closer in price to domestic beef each week, with the customs cleared prices for some categories already higher than equivalent US beef products.

The imported 90CL cow beef indicator rose a further US2.5 cents a kilogram last week, to US204.5c/kg CIF (up 3.4c/kg, to 602.2c/kg CIF in Australian currency). At a customs cleared level, imported 90CL cow beef was reported at US212 cents a pound, compared with US domestic 90CL beef at a weighted average of US216.55c/lb.

Mecardo analyst Angus Brown added imported 90CL had moved to a nine-month high in US terms, and at a 20-month high relative to US fresh 90CL. Mr Brown agreed there was some upside for the benchmark 90CL frozen cow export price, as it was expected to return to its historical highs relative to US domestic fresh 90CL beef.

“Adding US12c/lb to reach parity with the fresh price will add around 36c to the current 600c/kg (shipped weight) level in our terms,” he said.

“If the frozen price gets to a 15c premium like it did in 2010 and 2011, it will add another 40c, which could conceivably see the exported 90CL price move to a premium to the current Eastern Young Cattle Indicator (EYCI), and provide significant support to cattle prices.”