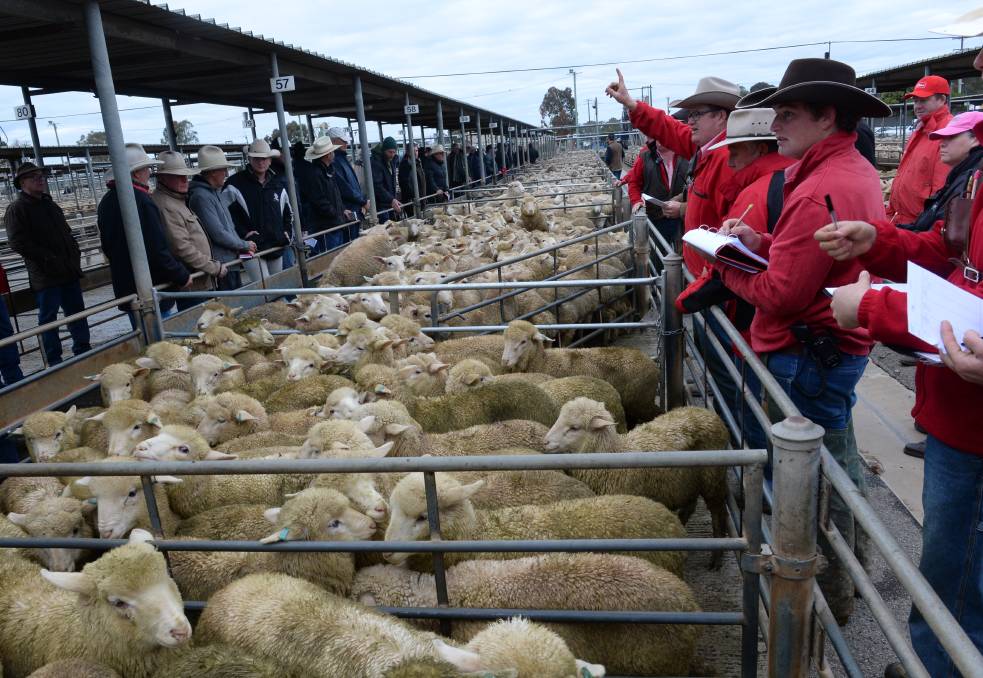 MLA predict the spring flush of lambs will inevitably place downward pressure on the market, especially if large numbers of NSW and Victorian lambs collide in equal masses.

Mixed views about just how long lamb prices will remain high has been thrown another talking point early this week with the release of Meat and Livestock Australia’s Sheep Industry Projections July update.

MIXED views about just how long lamb prices will remain high has been thrown another talking point early this week with the release of Meat and Livestock Australia’s Sheep Industry Projections July update.

A greater number of intended lamb sales during the coming months has led to MLA’s forecast for 2016 lamb slaughter being revised slightly higher, to 23 million head – which will become the fourth consecutive year with a record number of lambs processed.

At the same time, this would mean tighter supplies of lambs to be much more obvious in the first half of 2017, rather than the second half of this year.

The variability this could have on prices during spring and into summer has some producers exploring just when they should be aiming to finish their lambs for the best returns.

Mecardo analyst Angus Brown reported earlier this month that providing spring rainfall was somewhere around or above average, and feed was plentiful, holding lambs through October and into November would be profitable.

“Those prepared to load lambs around Christmas will be rewarded for their efforts, and it makes economic sense to hold those couple of extra weeks,” he said.

MLA market information manager Ben Thomas said lamb prices edged higher during May and June on the back of a late autumn break.

“The momentum carried through to July and at the mid-point of the month, the trade lamb indicator was up nine per cent year-on-year and 13pc compared to 2014, at 627c/kg cwt,” he said.

But he said being able to sustain these prices would largely be dictated by the number of lambs that come onto the market and at what point during the spring flush.

“During 2014, the influx of lambs came early, and the national indicator prices retreated from July, falling to 450c/kg by September, while in 2015, the decline didn't come until the beginning of September, and bottomed out in the middle of October,” Mr Thomas explained.

Considering the widespread rainfall, and likely favourable spring, he suggested the lamb market may follow a similar pattern to 2015, with lambs likely to be turned off at a slightly younger age but similar weights as a result of anticipated abundant feed conditions.