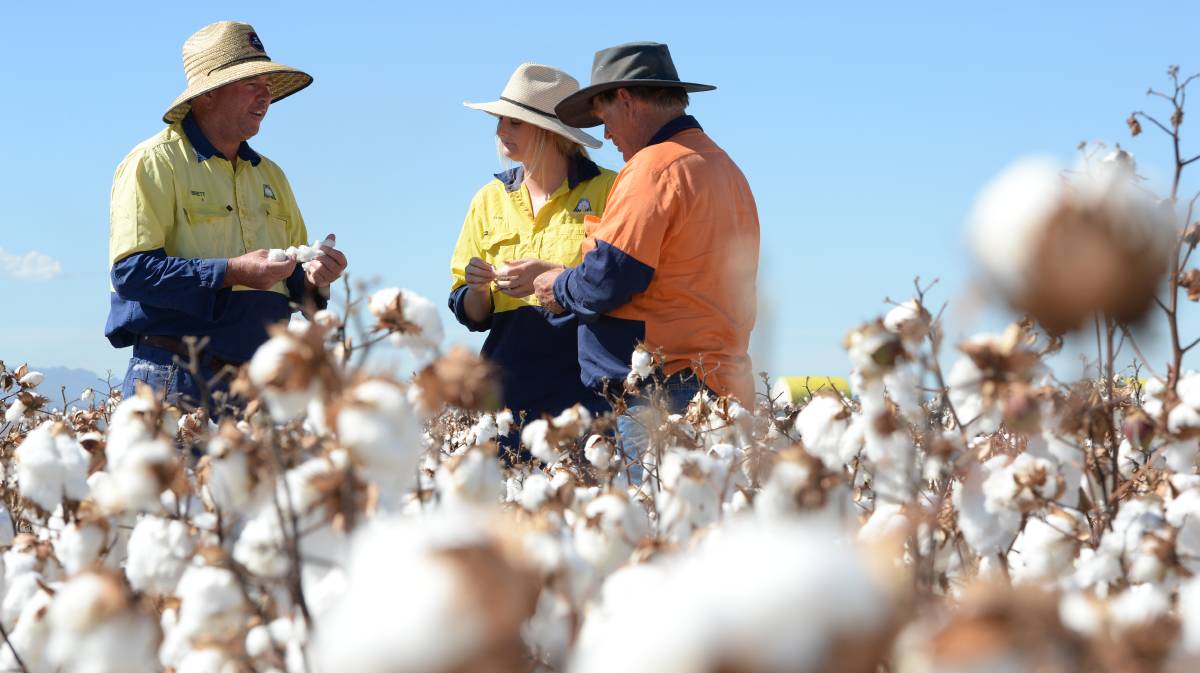 Cotton growers, intensive livestock producers and mixed sheep-wheat-beef enterprise owners are least likely to be leaving their farms, but 27 per cent of Australian primary producers expect to quit within five years.

More than a quarter of Australia’s farmers are likely to leave their farms by the end of this decade.

Agriculture’s fortunes might look pretty good for many at the moment, but more than a quarter of Australia’s farmers are likely to leave their farms by the end of this decade.

Ongoing research by the University of Canberra has also found farmers who are contemplating leaving their farming roles report “poorer wellbeing” compared to those who have no immediate thoughts of retirement or changing careers.

The university’s regional wellbeing study of 3000-plus farmers in 2014 found the 20,000 slump in producer numbers in the five years to 2011 (down to about 157,000) reflected a clear trend set in recent decades which was not slowing as productivity efficiency measures and farm sizes increased or farm income prospects looked up.

About 27 per cent of those interviewed said they were likely or very likely to leave the sector, or at least stop actively working their own farms, by 2020.

The main report was published late last year with findings continuing to be analysed.

On the plus side, it showed 49pc were determined to stay as farmers, describing their exit as “very unlikely”.

Producers in the winegrape, fruit, vegetable and rice industries were among those most likely to be leaving, while intensive livestock producers were most keen to stay.

Those with mixed sheep-wheat-beef enterprises and cotton growers also tended to be less likely to think of quitting.

Farmers in Tasmania were less likely to be planning an exit than their interstate cousins.

Getting old was by far the most common reason for departure intentions (75pc), but interestingly only a third of farmers leaving their land actually retired, said rural health and social issues Phd student, Dominic Peel.

Interviews with about 625 farmers who had left their farms in the previous five years found almost half had diverted to jobs paying regular salaries or wages, often within the agribusiness sector in roles ranging widely from agronomy consulting to food processing.

Another 10 per cent started or bought their own non-farm businesses, including post offices, or they were studying to upgrade their skills or gain new qualifications.

A small number took time off work, or classed themselves as unemployed.

Mr Peel, who interviewed many ex-farmers for the study, said 83pc felt their new circumstances were a positive development and had no regrets.

But more than half described the farm departure process as stressful.

“Looking back with the benefit of hindsight it was clear moving to town or getting into a different sort of job was not such a big deal in the end,” he said.

“Those who wanted to talk about the change were mostly quite accepting of their situation.”

Average wellbeing of most ex-farmers rebounded to be comparable to that of current producers, however, about 20pc did not feel leaving was a positive thing and many were reluctant to talk.

While little was really understood about farmer wellbeing during this difficult departure period, Mr Peel said breaking a long family connection to a farm and concerns about farmers’ financial viability were big factors compounding stress levels.

Those with access to good, clear independent business advice and transition guidance made more objective exit decisions without feeling as weighed down by the emotional baggage which accompanied their situation.

Associate professor with the university’s health research institute, Jacki Schirmer, said given thousands of farmers quit their farms annually the study highlighted a need for more useful support for those contemplating moving.

“A lot of farm support packages are pretty hopeless for mainstream producers,” she said.

“To be eligible, chances are your operation is ridiculously small or so unprofitable it’s not really the sort of business to qualify as serious farming in the first place.”

She said farmers should be urged to look at business-focused transitioning ideas at least when aged in their 50s.

Farm succession was more expensive and complicated than a generation ago, and likely to impact on a couple’s mental wellbeing for long periods if not considered properly.

“Nobody’s situation is the same, especially if you’re not sure whether your children will return to the farm,” she said.

“And it’s not easy for the kids either, or anybody who wants to get into farming.

“Thirty or 40 years ago new undeveloped farming areas were still opening up in Queensland, Western Australia or the Coleambally district in NSW.

“But finding ways to get a viable farm area today and achieving the profit margins needed to pay for it are issues probably deserving much more consideration from older farmers and the wider community.”