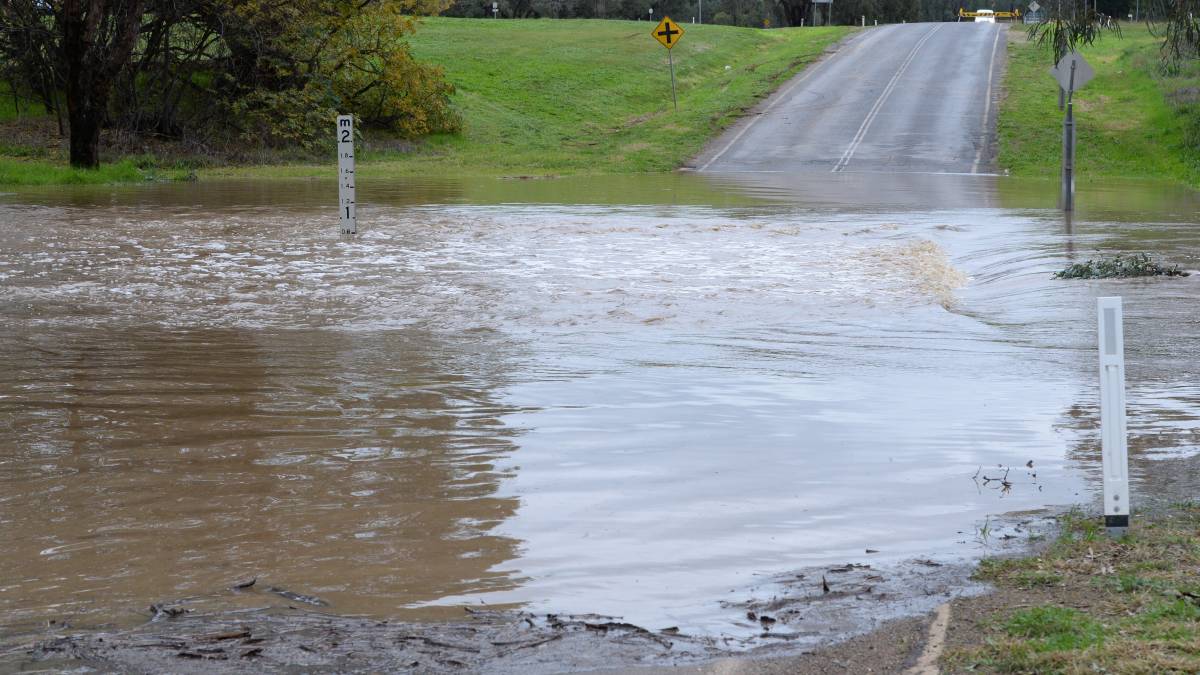 Four flood warnings remain in place across the state.

Four flood warnings remain in place across the state for the Orara River, Macquarie River, Bogan River and the Lachlan River.

A flood warning is in place for the Macquarie River at Warren Town, with minor flooding expected today.

The river was expected to hit 7.5 metres (minor flood level) at noon today with a peak at 8m on Saturday morning.

A minor to moderate flood warning is in place for the Bogan River with minor flooding expected at Dandaloo from Saturday onwards.

The flood peak from the mid July flood is currently approaching Mulgawarrina where a moderate flood peak is expected this weekend.

Minor flooding is occurring at Gongolgon where moderate flooding is expected in mid August.

A minor flood warning is in place for the Lachlan River.

The Lachlan River at Cottons Weir is expected to peak slightly below the minor flood level.

River levels at Nanami peaked at a lower level than previously expected and river height predictions for Cottons Weir have been lowered to reflect this.

The flood peak from the mid July flood has just passed Condoblin where the river peaked around 5.48 metres Thursday morning. River levels are now easing with minor flooding continuing.

Minor flooding continues to rise at Euabalong where a minor flood peak is expected on Monday, August 8.

The flood peak from the early July flood has passed Hillston Weir where the river peaked around 1.87 metres with below minor flooding on Sunday last week.

Minor flooding is expected progressively at Hillston Weir and Booligal caused by the early July flood and the mid July flood respectively.

A minor flood warning is still in place for the Orara River.

The Bureau of Meterology issued its latest warning at 10am today. The Orara River at Glenreagh peaked at about 5.91 metres at 3:15pm on Thursday afternoon with minor flooding. River levels have now fallen below the minor flood level.

Minor flooding is occurring at Coutts Crossing where the river peaked about 5.3 metres around 9am (estimated) Friday morning.