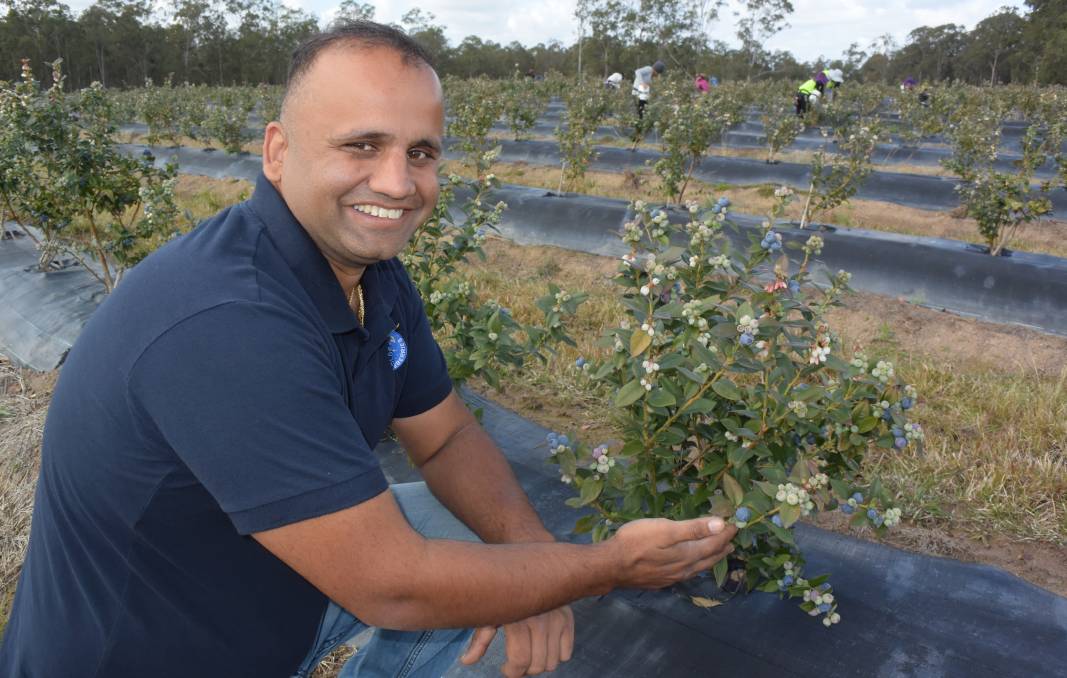 Blueberries have taken Harjap Singh Dosanjh up a steep slope these past few years and today he finds his work much more than horticulture. It’s often all about the people.

BLUEBERRIES have taken Harjap Singh Dosanjh up a steep slope these past few years and today he finds his work much more than horticulture. It’s often all about the people.

Born in England to Punjabi parents he learned to grow bananas with his family at Woolgoolga from the age of five.

These days he manages 300 peak time blueberry pickers, a labour force that will increase to well over 1000 in 18 months.

It’s a world away from the increasing financial stress that bananas brought 20 years ago, as huge Queensland growers dwarfed the niche North Coast product.

“Our fruit was smaller but it had better flavour and all that didn’t matter against price,” he said.

When blueberries came to the rescue the industry saved countless family farms on the coast north of Coffs Harbour by offering employment where they could excel and which allowed them to keep and maintain their own small enterprise.

Fast forward to today and that experience with a developing industry is attracting young people back home from the cities to the country.

They are giving up jobs as taxi drivers and engineers to take part in the great blue rush. Mr Dosanjh, who used to work in security and drive a taxi in Sydney, counts himself lucky.

Blueberry bushes are robust and yield well – 3000 plants per hectare producing 4.5kg each in their second season – and with historically high prices above $40/kg the industry has expanded from Tasmania to the Atherton Tablelands.

However the new reality for blueberries is not far away, as growers targeting winter production – when volumes were lean – have now flooded that market, causing the price for blueberries to plunge from $7/punnet five years ago to $3/punnet today.

Prices still spike – up to $9/punnet last May when there was little fruit around – so smart farming is about targeting those market gaps, and using correct cold storage to trickle out supply for up to six weeks after harvest.

But labour can be up to half the cost of production.

A good picker on $25/hr fills just two buckets in that time and when you add the costs of irrigation, fertigation, foliar sprays and moderate pest control the bottom line approaches with some speed.

On top of that there is the price for genetic rights, every farm has multiple varieties some free others not, and not inconsequential land cost – $1500 to $50,000 an acre – on top of storage.

But those who paid too much for land or who cannot control inputs could struggle in the new reality.

“Until now no one producing blueberries has suffered,” he says. “But we are entering a transition.” 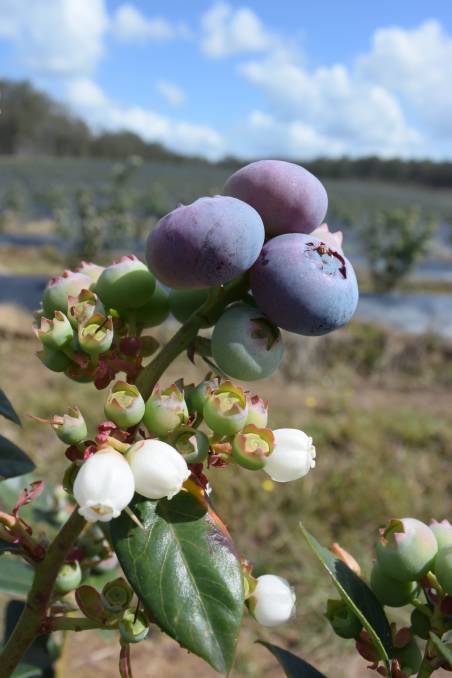 Valley’s transition, from beef to berries

THE sale of Grafton’s old abattoir to Golden Eagle Berries and its planned conversion to packing and cold store signals a new direction for the Clarence Valley with the business saying it will require 1200 picking jobs by 2018 – as much as the abattoir ever used to employ.

Last year Mr Dosanjh formed a partnership with Vancouver businessman Luigi Aquilini and together they are growing blueberries on 120ha at Clarenza and will develop another 850ha at Waterview Heights.

Mr Dosanjh is both excited and a little frightened of a bright berry future in the valley. There is potential for employment and career paths but high prices are overdue for correction. The new reality will require smart farming.

“Unless we can export blueberries the industry may go the way of bananas,” says Mr Dosanjh.