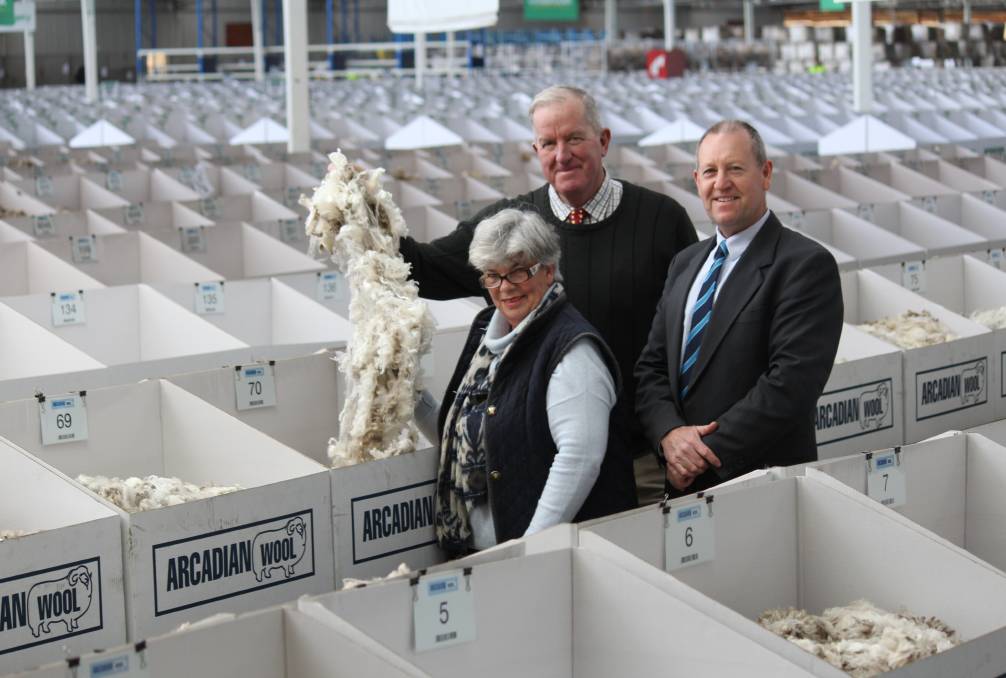 It was the national offering since 2011, with 52,182 bales, due to the past three months’ rainfall which hindered shearing and wool deliveries prior to the three-week break.

The impact of the increase numbers, according to Australian Wool Innovation trade consultant Scott Carmody, was a “wait and look strategy” from buyers.

“Buyers were able to pick and choose their purchases over the long days of selling,” Mr Carmody said.

The Merino market for long wools was 10 to 20c lower, while the short wools were bruised with the AWEX Merino Cardings Price Guide down 37c and losses up to 70c for some types.

“They’re historically high prices so it’s not unexpected they’ve come back,” he said.

“The price gap between carding types and their longer wool counterparts is too narrow for the end use.

“Before they fell this week, carding types were running at 95 percentile band in pricing compared to the last five years so they’re still fairing quite okay.”

Mr Carmody said the comeback and crossbred offerings performed against expectations and improved on their price levels across most types.

“The dollar had risen between the recess and last week’s sales which did impact the market on the back of Chinese indent buyers, operating with limits, in US dollars,” Mr Brown said.

“Overall it was a reasonable outcome - when you look at the market in US terms it was steady, if not a little dearer for most types - despite a larger than an anticipated offering coming to market.”

He said the market reportedly absorbed the numbers well, with pass-in rates nationally at 7.5pc for the week.

“This is a common theme and warrants careful marketing of these types especially when volume increases.”

Lempriere Australia were the largest buyer, purchasing 6453 bales, or 13.4pc of the national offering. Chinatex were narrowly second, acquiring 5849 merino fleece bales of their 6329 bales total, while Techwool Trading purchased 5441 bales, or 11pc.