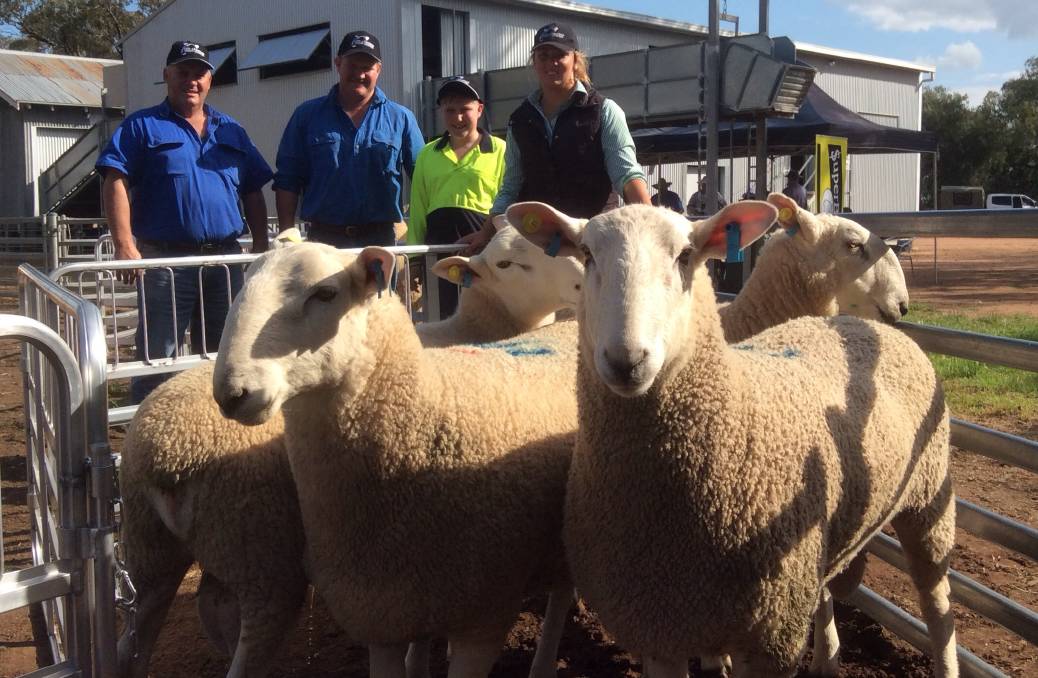 Two sold to Mark and Dean Ferguson, “Colmarde”, Armatree, and one to Brian and Maree Plummer, “Trigoona”, Tottenham.

Normanhurst stud of the Corkhill family, Boorowa, and represented by Ashley Corkhill, paid the $3600 for the top-priced stud ram which will be joined to 80 selected stud ewes next joining.

The Fergusons are clients of long standing, buying since 1974 and returned to purchase 11 rams for an average of $1827 including seven SuperBorders.

Brian and Maree Plummer of Trigoona, have been buying rams for the past eight years and bought 12 rams to average $1800 to join to classed-out Merino ewes from their flock.

Return buyers Geoff and Henry Taylor, “Warrenbone”, Gulargambone, bought six SuperBorder rams to a top of $2700 and average of $1900 to join to ewes from their self-replacing Merino flock.

Ted and Gwenda Charmley, “Eridec”, Armatree, returned to secure six rams with two making to $2200 and average $1766. They began buying for 40 years.

Mark and Ian Griffiths, “Green Camp”, Nyngan, purchased 16 rams for an average of $1262 to join to their Poll Boonoke blood ewes and are turning off ewes at 72kg at 15 monthd.

The sale was conducted by Halcroft and Bennett, Gulargambone and Coonamble, with Steve Colwell and David Thompson the auctioneers.​