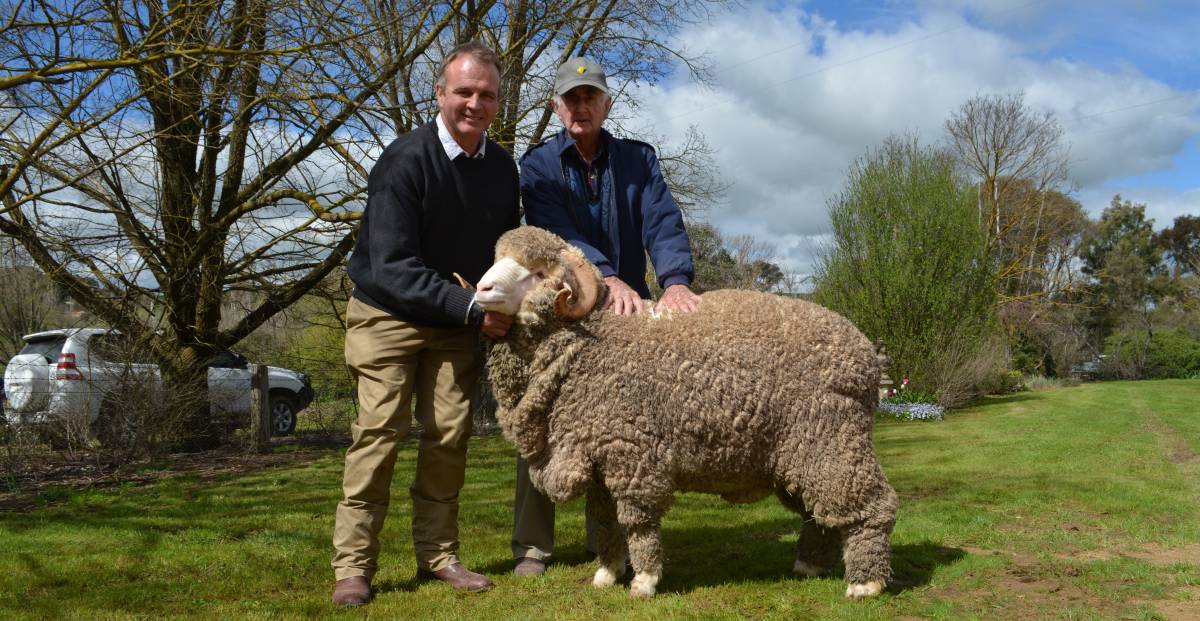 Tara Park Merino stud has recorded their highest top-price result at an on-property sale at Boorowa on Monday, reaching $15,500 to celebrate their 28th sale.

Tara Park Merino stud has recorded their highest top-price result at an on-property sale at Boorowa on Monday, reaching $15,500 to celebrate their 28th sale.

One-hundred rams were offered to local and interstate buyers, clearing 94 lots, for a $2064 average.

The top ram was snapped up early in the draft, after a competitive bidding pushed the quality ram to $15,500.

It was sold to repeat buyer of five years, Jack Whitechurch, “Wendouree”, Grenfell, who held the bidding battle to the end.

“He has a bright long staple and quality wool which is the main thing – he was also very soft handling and will help continue these traits in my stud,” he said.

Putting the ram to work over 120 stud ewes, Mr Whitechurch hopes to increase specific traits within his flock.

“The plan is to increase my wool cut – my average wool cut is about seven kilograms with an average micron fleece across the flock at 19.1 – I am hoping he will increase this and in particular my staple length,” Mr Whitechurch said.

Tara Park Merino, principal, Guy Evans said given the conditions and “a trying year” with a dry start and a wet finish, he is pleased with the results and the presentation of the draft.

With the sale average up for 2016, Mr Evans said the competitive bidding was a positive and the battle for the top ram came down to which producer wanted it more.

“He had the wool quality and quantity – also the scale of a top ram - it’s all a balancing act with producing a well presented sheep,” he said.

Danny McGrath said after 28 years of buying Tara Park rams, his 2000 head self replacing Merino flock is on a steady track to reaching their breeding aims.

“We always buy a lot of rams but it was a seasonal decision for this year that we needed that many,” he said.